Top Things to See and Do in Danang, Vietnam

The most famous bridge in Danang | © Daderot/WikiCommons

Fringed by balmy sea to the east and limestone mountains rising to the west, Danang offers travelers snaking their way through Vietnam nature at all turns. It’s a far cry from the country’s notable urban sprawls in the north and the south, and it’s a scenic hub once overlooked for nearby Hue or Hoi An. If you’re passing through, these are some can’t-miss experiences.

It’s no secret that one of the most famous mountain passes in the world lies just to Danang’s north. Thanks to the television show, Top Gear, the Hai Van Pass draws in thousands of thrill-seeking travelers each year. Some rent motorbikes in the city and ride the coast to Hue, many reach the near mythical pass as a midpoint of their trans-Vietnam journey, others opt for the comforts of an air-conditioned van to the summit. The pass has become so famous among those traveling Southeast Asia that it can actually seem crowded on some days. However, this shouldn’t deter you, as the ride and views are nothing short of stunning. 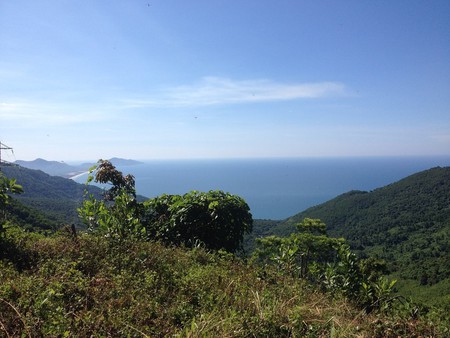 A short motorbike ride south will lead you to five limestone giants climbing from a small village. These are Vietnam’s Marble Mountains, each named for one of the elements. A cluster of caves and tunnels run between them, once providing shelter for revolutionaries. Buddhist temples perch at the summits, providing excellent views of the East Sea. Today, most tourists climb the 150 steps of the tallest outcropping, Thuy Son, or the mountain of water. 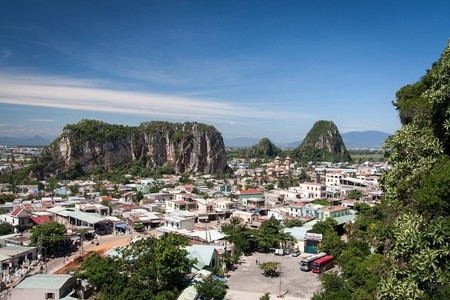 Completed in 2013, Dragon Bridge provides a direct route to both Non Nuoc and My Khe Beach. It’s the longest in all of Vietnam. The span is best viewed at night when it’s lit up in bright yellows, blues, and reds, weaving across the Han River. This ancient symbol of power spits fire and water from its mouth on weekend evenings. The impressive show is best viewed from one of the many riverside bars or restaurants. 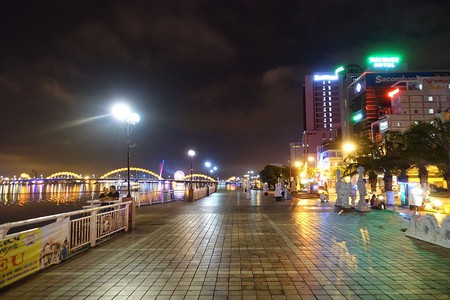 The central coast of Vietnam is home to the country’s best beaches. As Danang’s popularity has risen, so too has the nearby shoreline. The city lies in close proximity to Son Tra Peninsula which boasts some of the areas most secluded sandy getaways. If you’re looking for something even closer to town, head to My Khe to soak up the sun. If you’re in the mood for a bit of nature and some hiking, head to the Hai Van Pass, and take one of the trails near the summit down through the jungle. You may be the only one there. 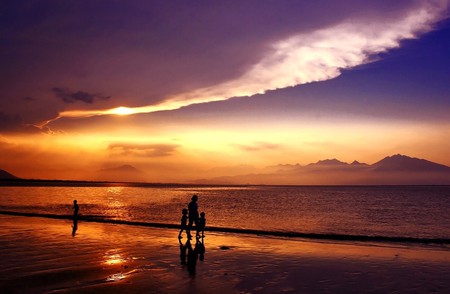 The sunset in Danang | © Pixabay

Similar to Angkor Wat, just smaller in scale, Mỹ Sơn was once the capital of the Champa Kingdom. Numerous well-preserved temples date from the 4th-13th centuries when the Champa people ruled the central region of Vietnam. The ornate structures were built first from wood, then brick, and eventually limestone. They pay tribute to a number of Hindu gods. The sanctuary is a spectacular architectural achievement spanning over 1,000 years that should be a stop on any trip. 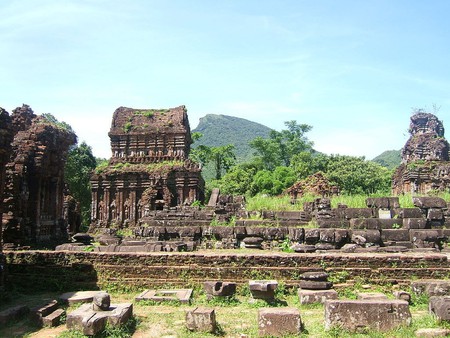 Less than 10 miles off Danang’s coast, Cham Island is actually a scattering of eight tropical islets nestled in the blue water of the East Sea. The islands are skirted by sandy beaches and are home to some of the better snorkeling areas in Vietnam. They can be reached by public ferry or a speed boat. On weekends and public holidays the area can become a bit overcrowded, so it’s best to visit Monday-Friday. 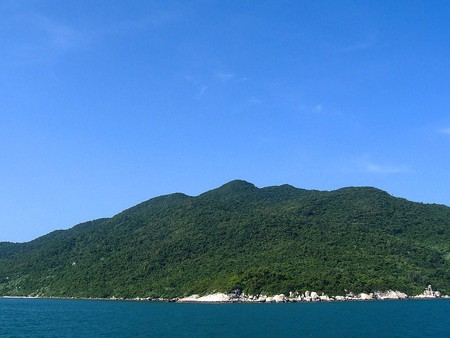 If time is not an issue and jaw-dropping scenery is up your alley, then rent a motorbike and head west. The Ho Chi Minh Road (not to be confused with the Ho Chi Minh Trail) runs north to south just a few hours away. Take the QL 14G west, and meet up with the QL 14. The magnificent mountain road winds through the Annamites, past untouched jungle and over isolated peaks. Hardly traveled by foreigners, the mountain pass is arguably more beautiful than Hai Van and certainly one of the nicest rides in the country. 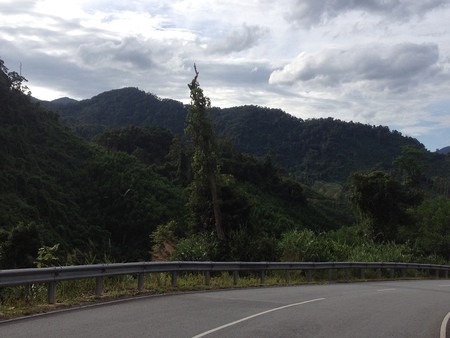