Top Things to Do in Hue, Vietnam's Imperial City 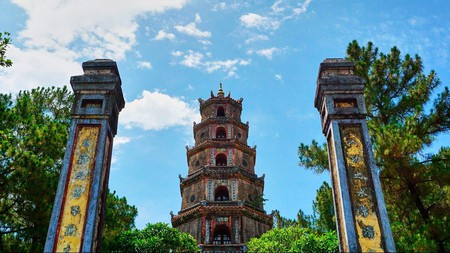 From delicious street food to ancient pagodas, Hue is one of the most beautiful cities in Vietnam | © Juergen Huber / Alamy Stock Photo

Explore the centuries-old citadel, marvel at the Thien Mu pagoda and tuck into sizzling street food while exploring Hue, once home to the emperors of Vietnam. While Hanoi and Hoi An draw in the crowds, the former capital of Vietnam has plenty to attract travellers looking to discover the country’s heritage. Ornate temples and gilded palaces line the banks of the Perfume River, while street vendors serve up a sumptuous array of Vietnamese delicacies. Considering a trip? Read on to discover the best things to do in Hue, Vietnam.

Enjoy a street food tour, cooking class and visit to the Imperial Citadel in Hue as part of Culture Trip’s specially curated 12-day Vietnam adventure, led by our Local Insider. 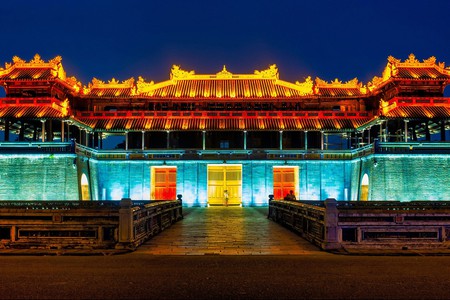 Start your time in Hue at the Imperial Citadel, a Unesco World Heritage site comprising a vast complex of temples, palaces, monuments, gardens and pavilions – enclosed by a 6m (19ft)-high wall and moat. Built in the early 19th-century, it was formerly home to the Vietnamese emperors during the Nguyen dynasty, which lasted until 1945. Although restoration work from the First Indochina War and Vietnam War is still ongoing, there are many impressive structures to admire – such as the Thai Hoa Palace and the Forbidden Purple City.

Step back in time at the Museum of Royal Antiquities 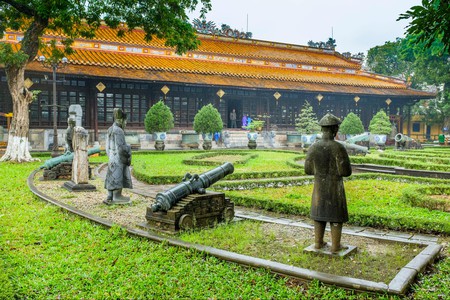 Once you’re finished exploring the Imperial Citadel, stop by this small but beautiful museum which houses a collection of artwork, furniture and textiles from the Nguyen dynasty – it offers a fascinating window into Hue’s storied past. Step inside the main exhibition hall within the Long An Palace, originally built for emperor Thieu Tri in 1845 and converted into a museum in 1923. Entry is included with a ticket to the Imperial Citadel.

You’ll eat well wherever you go in Vietnam, but Hue is especially renowned as a foodie gem. Bun bo Hue is the city’s signature dish, comprising an intensely flavoursome oxtail broth, vermicelli noodles, beef, pork and fresh herbs, infused with lemongrass, chilli and shrimp paste. Banh khoai, banh beo and nem lui are also ubiquitous. One of the best ways to experience Hue’s culinary delights is to join a street food cyclo tour – which is part of Culture Trip’s 12-day Vietnam adventure. 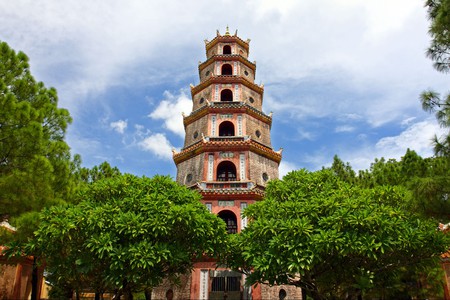 Built atop a small hill overlooking the Perfume River, just 10 minutes west of Hue, Thien Mu Pagoda is considered the city’s unofficial symbol. It’s one of the most important Buddhist landmarks in Vietnam. The temple itself was founded in 1601, but the most recognisable structure is the 21m (68ft)-high octagonal Phuoc Dien Tower – whose seven storeys each represent a different reincarnation of Buddha – built under Emperor Thieu Tri’s reign in 1844. A giant marble turtle sculpture, with stone steel on its back, is another standout sight. You can easily get here by car, bike, or boat. Entry is free.

Float down the Perfume River

No trip to Hue is complete without taking a boat trip along the Perfume River – whether it’s an organised tour on a wooden dragon boat or a romantic dinner cruise. The river offers magnificent views of the most iconic landmarks in Hue – where it’s particularly idyllic in autumn when bright scarlet flowers bloom along its banks, producing a fragrant aroma. Alternatively, take a stroll along the promenade in the evening, as the river is illuminated by colourful floating lanterns and local performers sing traditional folk songs.

Visit the tombs of former emperors

Mausoleums dedicated to the former Vietnamese emperors are scattered throughout the countryside around Hue, showcasing an eclectic array of architectural styles. The tombs of Minh Mang – which contains 40 monuments surrounded by ponds and pine trees – is a standout one to visit, alongside Tu Duc, with its own lake and gardens and Khai Dinh, featuring extravagant mosaics and sculptures in a mountainside setting. 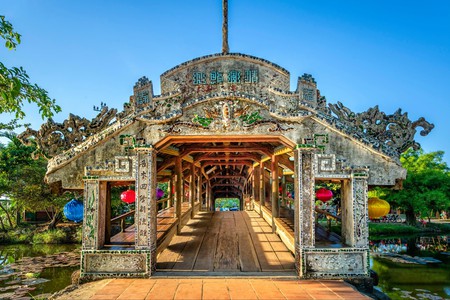 Instagrammers: make a beeline for this 245-year-old bridge, also known as the Japanese Bridge. The intricately carved gateways open onto a covered roof that arcs over a canal. Aside from snapping photos at the bridge, visit the local market where you can buy fresh fish and local crafts. The journey from Hue is peppered with rice paddies and pagodas, giving you an insight into rural Vietnamese life.

Get out of the city and spend a day exploring the Bach Ma National Park, just an hour’s drive from Hue. Forming part of the Annamite Range – a chain of mountains stretching between Laos, Vietnam and northeastern Cambodia – it’s a hiker’s paradise with trails leading through thick jungle, past cascading waterfalls and rock pools, as well as numerous crumbling French villas. Over 1,400 animal species live here, including langur monkeys, leopards and saola – an antelope species considered one of the world’s rarest mammals. Buses regularly run from Hue to Cau Hai village, just outside the park.