Top Things To See and Do at Ba Na Hills, Vietnam 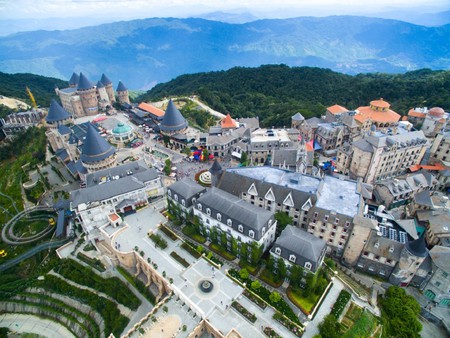 Ba Na Hills is one of the newest and most exciting projects in Vietnam. It’s a mountaintop resort complex that looks like a medieval castle, but inside these stone walls are modern accommodations, world class restaurants and a Fantasy Park full of exciting rides. Here are the top things to see and do and Ba Na Hills.

The cable car system at Ba Na Hills was completed in 2013 and holds several Guinness World Records, including the widest gap between stations and the greatest change in elevation. The views of Danang and the coast in the distance are spectacular. Learn everything you need to know about it in our handy guide here. 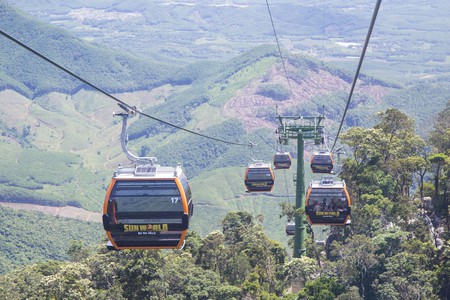 The bottom is down there somewhere | © Asia Images/Shutterstock

Stroll through the French Village

As long as you suspend your disbelief, you might actually feel like you’re in the French Alps. When the mists come in at night, or when the clouds fog the entire mountaintop, the illusion is even more complete. The cobblestone streets and European-style buildings are remarkably well-built considering that this resort is in Vietnam and at an elevation of 1,500 metres (4,921 feet). 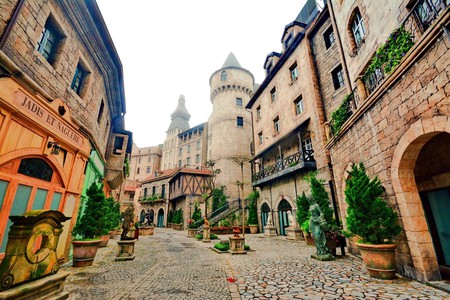 This one’s as creepy as it is interesting. Have you ever wondered what some of the most famous people in the world look like up close? Well, at the Ba Na Hills Wax Museum, you get to see some rigid approximations. For most of us, that’s about as close as we’ll ever get without getting a swift beatdown from security. 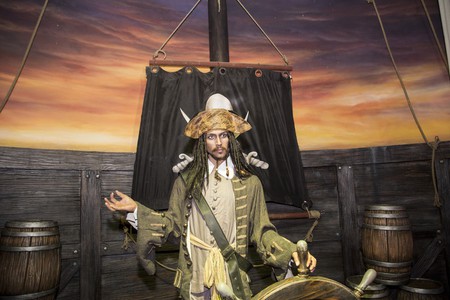 Save the rides in the Fantasy Park for later and head to the Alpine Coaster first while it’s still daytime. The cars can go up to 40km/h (24 mph), but don’t worry, each car comes with its own braking system so you can go as fast or slow as you want.

Eat at the Kavkaz Restaurant

By now you’ve worked up an appetite. There are several excellent options available at Ba Na Hills, but we recommend you give chef Zakharov Roman Jurivich’s Kavkaz Restaurant a try. They serve Russian cuisine, featuring grilled lamb with unique seasonings. And, of course, they have vodka.

Featuring a large 3D screen and moving seats, the Death Race lets guests feel the thrills of flying in a Formula 1 air race — but from the comfort of an air-conditioned theatre. There are even machines for wind, steam and smoke to further trick the senses. 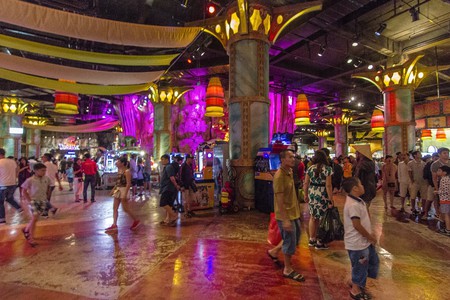 Go from stunning beauty to cavernous terror in the blink if an eye at the Drop Tower, the wildest ride at Ba Na Hills. At the top, riders can look out the glass dome and see as far as the clouds will allow. Then, without warning, you’re dropped 29 metres (95 feet) into a cave based on two Jules Verne novels: Journey to the Centre of the Earth (1864) and Twenty Thousand Leagues Under the Sea (1870). 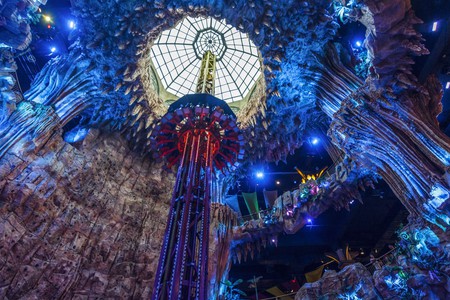 Almost to the top | © Saigoneer/Shutterstock
Give us feedback