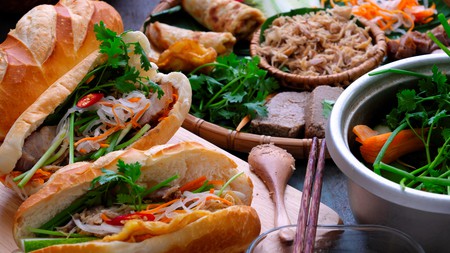 Where some countries may be known for innovative new dishes and modern culinary skills, Vietnam is best known for its age-old recipes, from warming noodle soup to Franco-Vietnamese bánh mì baguettes. Here are the best traditional Vietnamese dishes that make it deliciously obvious why they’ve stood the test of time.

Tempted to try these delicious delicacies for yourself? You can do so on Culture Trip’s exclusive 12-day Vietnam trip, which includes a street food tour in Hanoi and a cooking masterclass in Huế.

This national staple is made with flat rice noodles, a warming broth and usually chicken or beef. The flavour of this comforting noodle soup can vary greatly across the country, and many establishments load your table with sauces, herbs and spices so you can season your pho exactly how you like it. 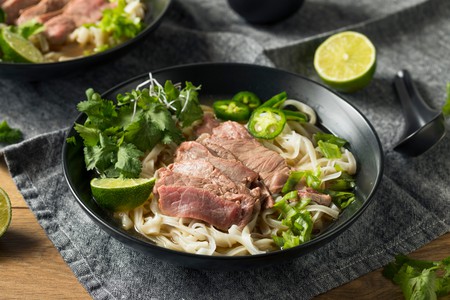 This dish is typically a mix of flavourful barbecued pork, fresh noodles and fish sauce, as well as handfuls of sliced papaya, carrot and herbs. Customers often partially cook the food themselves by dipping fresh noodles into a bowl of steaming broth. If you’re having trouble finding bun cha, you may occasionally find it advertised under the name “Obama noodles”, since a certain someone visited Vietnam and ate the dish in 2016. 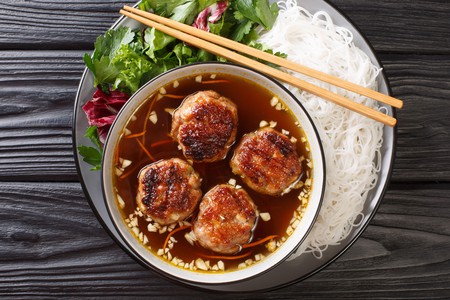 Influenced by French colonialism in Indochina, bánh mì is a delicious example of Franco-Vietnamese food, infused with flavours, ingredients and tastes from the two countries. Filled with a choice of meat (or egg, for vegetarians), fresh vegetables and a moreish sweet sauce, the crispy baguettes can be found at street stalls, restaurants and even in the most remote areas. 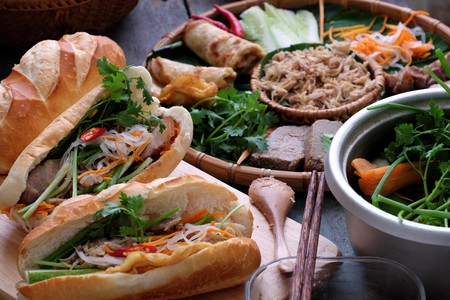 These little rolls of heaven are filled with seasoned pork and finely chopped wood ear mushrooms, wrapped in steamed, fermented rice batter and dunked in a fish sauce dip. The appeal of this dish is not only the great taste but also the intriguing way it’s made. Patrons can often watch their host steaming the extremely delicate pancakes moments before their dish is served. 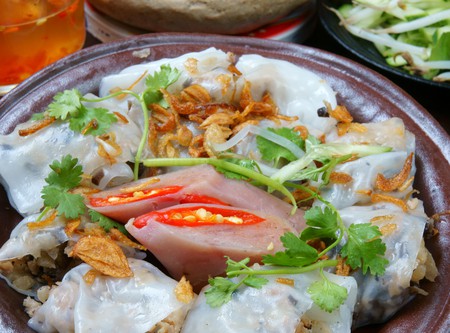 With much of local Vietnamese cuisine being unsparingly fried, grilled and boiled, you may find yourself occasionally craving something a little fresher. Look no further than gỏi cuốn, also known as “summer rolls”. These fresh spring rolls are typically packed with crispy salad, prawns and pork and served with a sweet-and-spicy dip topped with peanuts. 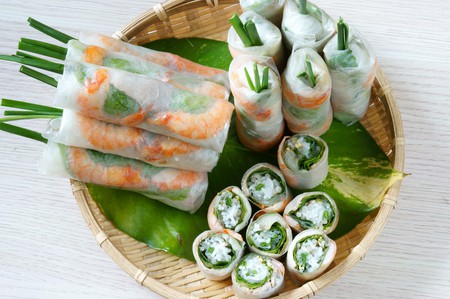 Chè has a vast array of ingredients, both savoury and sweet, but it can be best described as a “sweet dessert soup”. Variations of the dish include anything from kidney beans and grass jelly to tapioca fruit and coconut cream. You can find chè at any time of the year, but it’s arguably best served with a scoop of crushed ice on a hot day. 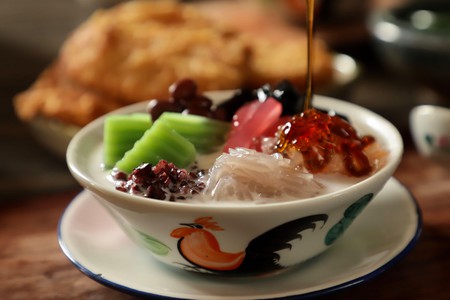 This is one of the less clear-cut dishes of Vietnam, with a variety of different recipes emerging across the country. (In fact, there are even versions of the meal in Cambodia and China.) At its simplest, hủ tiếu can be described as “pork bone soup”, but everything, from the type of noodles to the choice of meat, seems to vary from place to place. All we know is that it’s scrumptious every single way. 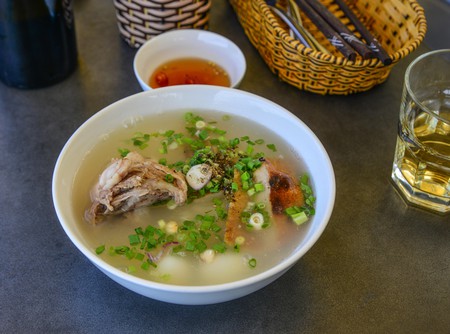 For those who would rather dig into a savoury pancake than a sweet one, bánh xèo is a tasty pork-and-shrimp crêpe, flavoured with turmeric and packed with bean sprouts. Don’t be fooled by its healthy appearance, though, bánh xèo‘s literal translation of “sizzling cake” refers to the noise it makes during frying. 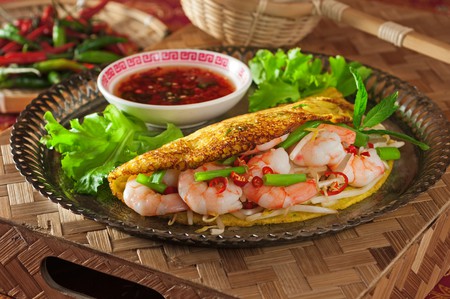 This roasted-duck dish with chunky egg noodles is perhaps less famous than other Vietnamese noodle soups – but no less delicious. Mi vit tiem is recognisably influenced by Chinese cuisine but still infused with classic Vietnamese spice and flavour. 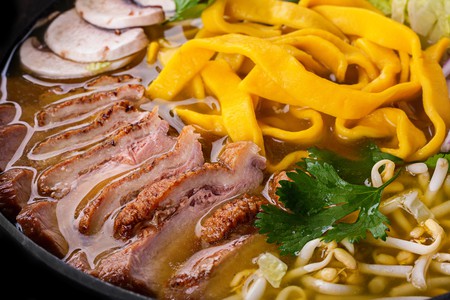 Although not technically food, bia hơi definitely deserves a place on this must-try list. A type of draft beer, this tipple can usually be found poured straight from a large barrel at local drinking holes. The drink itself is rather weak and bubbly, but the drinking culture is not to be missed. Head to any Vietnamese city centre in the evening, and you’re likely to find a pavement crammed with people sipping cool glasses of bia hơi atop miniature plastic stools. 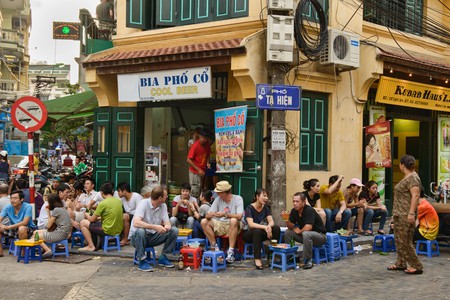 Places serving bia hơi can be found in any Vietnamese city centre, such as in Hanoi | © dave stamboulis / Alamy Stock Photo
Give us feedback