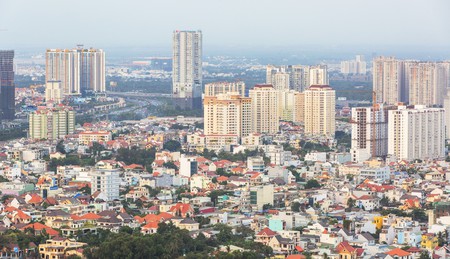 It may not be one of Ho Chi Minh City’s best-known areas, but Thu Duc, a district buzzing with youthful energy, could soon become the most happening place in the metropolis. What makes Thu Duc stand out is that it hasn’t lost touch with its old traditions, but rather updates them in a uniquely Vietnamese way – and does so with flair.

Once a town in its own right, Thu Duc was absorbed into Ho Chi Minh City in 1997: divided into District 2, Binh Thanh district and Thu Duc district, respectively. While the former two have become popular, trendy areas of the city, Thu Duc is nowhere near as frequented nor gentrified. Yet unbeknown to those outside of this northeastern corner of Ho Chi Minh City, Thu Duc is a colourful, youthful place – where the future of Vietnam is very much visible and new traditions are being forged. 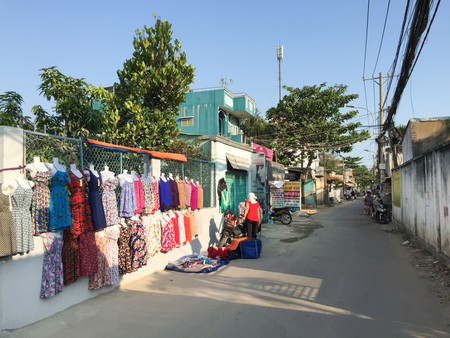 What is the history of Thu Duc?

There’s been some dispute over the identity of Thu Duc’s founding father, but local historians now generally accept that it was a man named Ta Duong Minh (also known as Ta Huy). Minh fled political upheaval in China during the mid-19th century and built the original Thu Duc market. This was later replaced by the current, French-built version. Up until the industrialisation of the 70s, the area was known as a peaceful suburban district that offered some respite from city living. The area’s pools and parks meant that Vietnamese families were using Thu Duc for ‘staycations’ (long before the term was popularised).

Thu Duc is home to Vietnam National University Ho Chi Minh City, the largest university in the country. With over 56,000 students, its attendees constitute roughly 10 percent of Thu Duc’s population; giving the area a youthful and vibrant energy. Vietnamese student life doesn’t tend to be as Bacchanalian as in other parts of the world; it’s more about bubble tea than beer (but more on that later). Many students choose to live in the Lang Dai Hoc university village due to the cheap rent prices, an abundance of cafés and bookstores and its proximity to grassy parks and the lovely Ho Da (Stone Lake). A highlight of campus nightlife is the sprawling student market, which is a great place to bag a bargain or two, with its trendy pieces starting at just 40,000 dong ($1.75 USD). 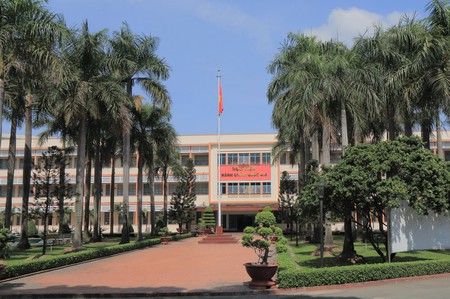 Food and drink in Thu Duc

Thu Duc’s dense student population has led to an abundance of stylised cafes in the area, creating a café culture perfect for Instragram. One such example is Bus Station Coffee. This venue showcases Thu Duc’s creative energy by taking a once unglamorous building and turning it into a contemporary coffee spot with a relaxing rooftop area. Trendy bubble tea shops, such as The Alley, with its dreamy forest theme, also line the streets, particularly in the buzzing Binh Tho ward. Relaxing rainforest cafés, replete with fairy lights and charming garden areas, are a very popular place to hang out and enjoy a cold glass or two of tra da (iced tea).

As for food, some of the district’s best eats can be found at the student night market. With plenty of popular snacks including chicken feet, fried corn and rice paper on offer, the night market is a great place to gorge yourself on some authentic Vietnamese food. Beer and barbecue restaurants abound in the area, where the clinking of beer glasses and increasingly spirited toasts can be heard throughout the afternoon and evening. In terms of local specialties, Thu Duc is the only place in the city where you can enjoy nem chua Thu Duc – spiced, honeyed pork fermented inside a banana-leaf wrapping.

Since Thu Duc occupies the outskirts of Saigon, it’s a lot closer to nature than much of the rest of the city. In a metropolis where nature has largely been driven out, the picturesque Stone Lake feels like something of an oasis. Lots of wedding photoshoots take place here and it’s also a popular after-class hangout for students. At Thu Duc Stork Park, you can watch flocks of storks soaring over the river at first light or sunset. In the evening, you can even rent a boat for around 80,000 dong and enjoy the view from the water. 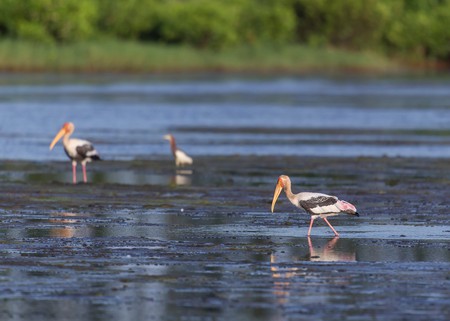 Thu Duc is home to many Buddhist pagodas and Catholic churches that serve as remnants of Vietnam’s colonial past. The Gothic Thu Duc church, built in 1880, is one such example: its severe, grey appearance sits in opposition to the district’s colourful noise. The Van Duc pagoda, constructed in 1954, meanwhile, perfectly encapsulates the way in which Thu Duc combines tradition and modernity. From the outside, it’s an impressively large, golden structure that looks every inch a traditional place of worship – yet indoors its clean, light design creates a more contemporary feel. It’s infinitely more peaceful than the touristy pagodas of District 1 and a great place to observe Buddhist worship.

The future of Thu Duc

Thu Duc’s vibrant atmosphere and low cost of living make it an increasingly attractive place to live. Currently, the biggest drawback to living in the area for many is that it’s relatively far away from the city centre. However, when Ho Chi Minh City’s metro system is complete – set to happen in 2020 – the area is expected to see a surge in popularity thanks to the construction of several stops in the area. The area’s proximity to the expat hub of Thao Dien, as well as its trendy, youthful nature, means it’s likely increasing numbers of foreigners will begin to relocate here. Only time can truly tell exactly how Thu Duc will move forward, but it seems likely that whatever happens, the youth will be leading the way.