These Shows Bring the Best Vietnamese Food to Your Living Room 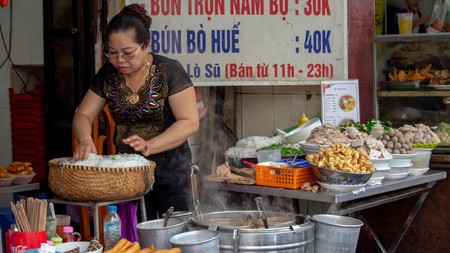 Much of the world is spending a lot of time indoors at the moment. While holidays are on hold, and travel limited, there are still ways to experience the sights and sounds of a place. TV chefs have long been bringing exotic cuisine direct to your home, so take notes as the greats take you on a journey through the finest food Vietnam has to offer.

Gentleness, subtlety, sophistication and freshness combine to form “the essence of Vietnamese cuisine” according to bon viveur Keith Floyd, whose 1980s and 1990s shows paved the way for other chefs. Dramatic locations and his improvisational, often chaotic presenting style (often done with a glass of wine in hand) added to his appeal.

As the below list reflects, the culinary travelogue is largely to be the preserve of male chefs. But watching these shows, you can’t fail to be struck by the fact that the majority of the restauranteurs, academics, tour guides and other experts these chefs talk to and learn from are women.

“I keep coming back [to Vietnam]. I have to,” says Bourdain in Episode 1 Season 8 of Parts Unknown, the globe-trotting show in which he uses his destinations’ dishes and dining rituals to deepen his insight into their history and culture.

This Hanoi-based episode made in 2016 is most famous for its appearance by Barack Obama. Teaching Obama how to construct the soup-based bun cha dish at their restaurant table, and how to slurp up the noodles, Bourdain chats to the then-President about everything from local food markets and Chicago hot dogs to fatherhood and the value of travel and cultural openness. 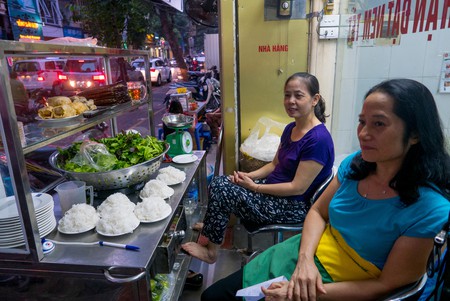 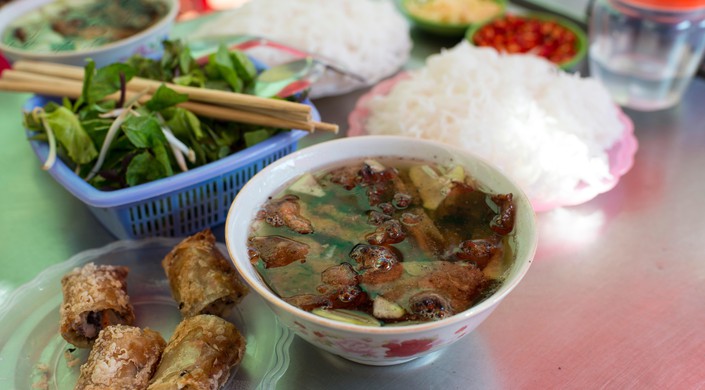 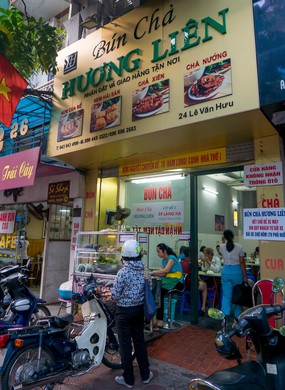 Having first visited Vietnam in 2002 – his first foray into Southeast Asia – and also going on to make two No Reservations shows about his favourite country, the hard-living but erudite and often poetic Bourdain (who else would describe a mussel as a “plump little love muscle”?) is a compelling witness to the changes undergone by this compelling country even as he devours pork knuckles, pho, rice rolls and squid, and knocks back cheap beer with locals at street stalls, floating fishing villages and even a vintage French steamboat in glorious Ha Long Bay.

Cooking shirtless in a Vietnamese army camp with soldiers playing a noisy game of football right behind him is a quintessential Keith Floyd moment. Like Bourdain, Floyd was known for his drinking and his overall appetite for life, but also for his enquiring mind – in this show he references Joseph Conrad and Chinese philosopher Wang Ni. 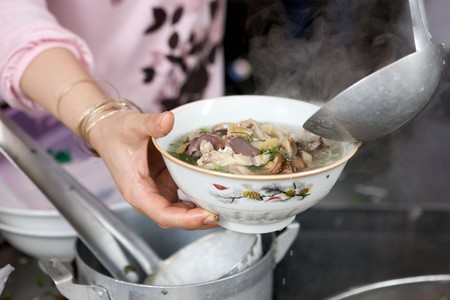 Made in 1996 (Floyd died in 2009), Season 1 Episode 4 is a historical snapshot of Vietnam – Floyd acknowledges the “feeling of change” and says he is glad to have come at this point, before capitalism takes hold. The sound and image quality may not be great, but Floyd’s cooking scenes – pho in his hotel kitchen, crab rolls at La Bibliothèque de Madame Dai in Ho Chi Minh City (now closed), and chicken curry on a boat on the Mekong – are some of the most vivid and enticing you could hope to see. And Floyd’s hamming up his ‘mad dogs and Englishmen’ persona only adds to the retro fun of this pioneering show.

Currently only available on DVD.

Episode 2 of the Padstow-based seafood chef’s Asian foray sees him seek inspiration at floating fish and seafood farms and at markets including Ho Chi Minh City’s Ben Thanh, before re-re-creating (and adapting) dishes for the camera in the slightly incongruous surrounds of his cosy Cornwall kitchen. Highlights are stuffed clams cooked in Southeast Asian beer and duck braised in orange juice with star anise, and Stein is great at talking about the nitty gritty of cooking techniques and his ingredients. 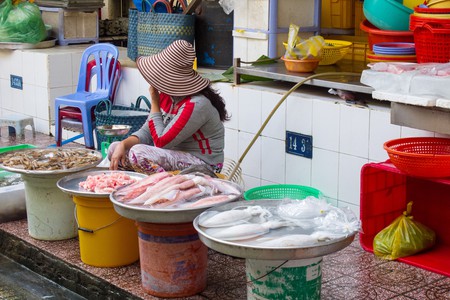 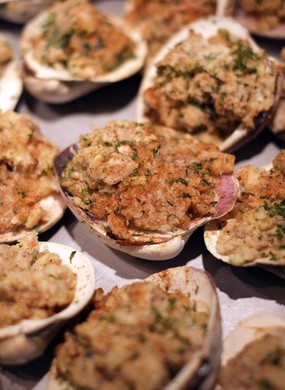 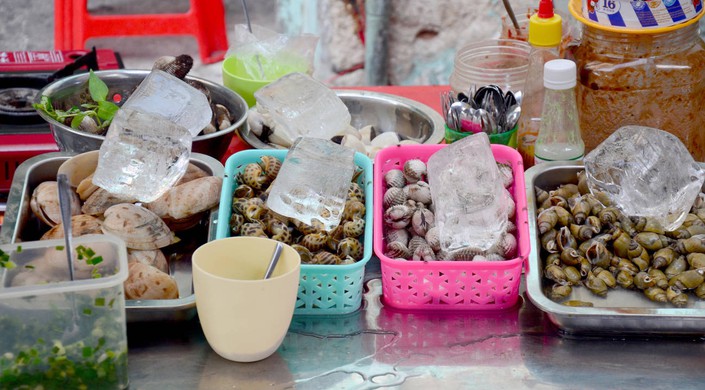 Stein cites Far-Flung Floyd as his inspiration for coming to Vietnam in 2009, and like Floyd, his culture and curiosity shine through – whether it’s drinking a very strong Graham Greene cocktail at 9.30am in Hanoi’s Hotel Metropole before sneaking a peak at the room where his literary hero wrote part of A Quiet American, or asking a local war veteran what food was like in the army during the Vietnam War. At famous catfish restaurant Cha Ca La Vong in Hanoi, he revels in the thought that revolutionaries once came there to plot. But it’s the smell of the street food, he concludes, that will “bring [him] back time and time again.”

Gordon Ramsay’s adventures in Vietnam in Series 2 Episode 2 of this show makes for bizarre and often uncomfortable viewing, and not just for the celebrity chef’s trademark swearing – machismo, squeamishness, judgmentalism all come into the mix. But intellect and empathy aside, this 2011 offering remains worth watching for Gordon’s interactions with formidable female chefs – Hoi An food doyenne and restaurant pioneer Madame V, with whom he cooks clams with spring onions and nam pla over an open flame in a market, Mrs Khoa of the iconic Khoa Ngan duck restaurant in Hanoi, and an unnamed lady who sells her famous broth, made with banana blossom and water-lotus stems, from her boat as she plies it through Can Tho’s floating food market. 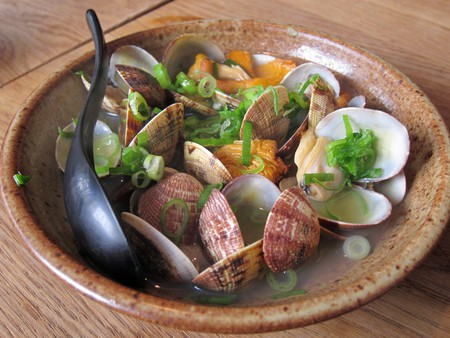 Shows appear and disappear across streaming channels regularly; if you can’t find the episode you’re looking for on the likes of Netflix, Amazon Prime Video, All 4 On Demand and so on, you may have to trawl through YouTube, or if you prefer, buy a DVD.