These Might Just Be the Best Vietnamese Films of All Time 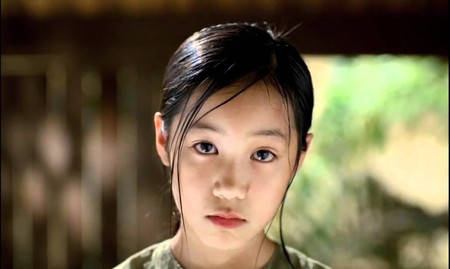 The Scent of Green Papaya | © Youtube/Conufan

Although Vietnamese film only receives a humble amount of attention on the international stage, the country boasts many visually stunning and powerful movies. And while an important part of the country’s history, the topics of films go far beyond the war. We’ve identified the best films, which define both the old and contemporary movie scene in the country.

The Floating Lives was a hit among Vietnamese and foreign audiences, and is based on the award-winning, best-selling short story ‘Boundless Rice Field’ by Vietnamese author Nguyen Ngoc Tu. Released in 2010 and directed by Vietnamese director Quang Binh Nguyen Phan, the sensational movie reveals the stories of people living in remote areas of the Mekong Delta, whose lives are bound to the uncertainty of nature. With gorgeous cinematography, Quang fascinatingly juxtaposes cruelty and compassion, beating and healing, distrust and reconciliation, all against the backdrop of a captivating landscape.

The Scent of Green Papaya is a placid and beautiful movie directed by Vietnamese-French filmmaker Tran Anh Hung. It won the Caméra d’Or prize at the 1993 Cannes Film Festival and was one of 1993’s Oscar nominations in the foreign language category. The story unfolds through the eyes of a poor young woman working as a servant in a merchant family. The movie is visually very beautiful, and takes note of details in the young woman’s physical world, such as ants, frogs, the sunlight through green leaves, and the scent of green papaya. Tran Anh Hung distanced his work from the common topic of war, and succeeded in portraying the poetic, quiet, peaceful world of a Saigon family.

The White Silk Dress (2006) was directed by Vietnamese-American film director Luu Huynh. It achieved acclaim abroad after winning the Audience Award at the Pusan International Film Festival. However, it was controversial because of the director’s political motivations—he was perceived as a pro-communist by the Vietnamese community overseas, and propagandistic messages were read into the movie.

The story is channeled through the iconic image of the white silk Ao Dai (the Vietnamese national costume), which the couple in the film struggles to possess because of their poverty. Through the portrayal of a poor family trapped in the circle of war, poverty, and social prejudices, it illustrates a Vietnam striving to maintain its pride, dignity and deep-rooted traditions under any circumstances.

Sometimes considered one of the best Asian films of all time, this movie directed by Dang Nhat Minh portrays psychological suffering in the aftermath of the Vietnam War. When the Tenth Month Comes reveals people’s efforts to balance the sorrows of the past with the pain and healing of the present. Guilt and innocence are portrayed through the story of a widow whose husband died in the war. It portrays post-war Vietnamese society with compassion and sympathy, and without propaganda.

After the success of The Scent of Green Papaya, Vietnamese-French director Tran Anh Hung continued his style and talent with another stunning work. Cyclo won the Golden Lion at the Venice International Film Festival in 1995. In contrast with his previous work, which was a gentle and charming movie, Cyclo shows the more brutal and disturbing life of low-class labourers in urban Saigon in the early 1990s. It was initially banned in Vietnam.

Directed by Tony Bui, an American born in Vietnam, Three Seasons depicts the Vietnamese society in the throes of another invasion: a cultural one. It’s the story of modern Ho Chi Minh City confronting the emergence of luxury hotels, foreign brand advertising, and high fashion, shown through the lives of four people struggling to trace their roots.