The Story of Nem: A Vietnamese Autistic Child Artist

A painting by Nem | Courtesy of Nem Gallery

Nem is the nickname of Dinh Chi Ha, an 11-year-old independent artist from Hanoi, Vietnam, who has overcome his disability to bring joy to everyone through his uplifting and vibrant paintings. He has regularly showcases his work on his Facebook page, Nem Gallery and has displayed his artwork in two major exhibitions. This is the story of how he achieved success.

In 2005, Nem was born to a well-educated family in Hanoi. His mother, Phuong Nguyen, is an architect and full-time university lecturer, and his father is also an architect. At the age of two, Nem was diagnosed with autism and later was told he had Turner Syndrome, a rare genetic disorder, which usually only affects females. Nem also has sensory processing disorder, which is common in autism. As a result, he has had difficulties with communicating, bodily movement, and self-control. 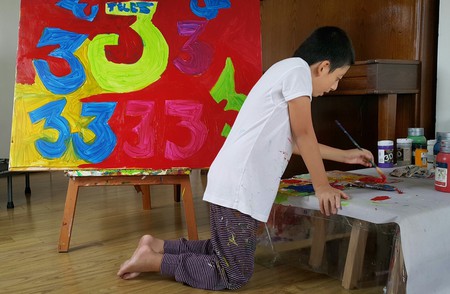 Nem and his work | Courtesy of Nem Gallery

Fortunately, Nem’s family found out that he had a talent for painting at an early age and supported him in every way they could. Since then, art has been Nem’s creative way of sharing his everyday thoughts. Even though he cannot articulate his feelings in words, he cleverly expresses them on paper using various mediums such as marking pens, chalks, and poster color. 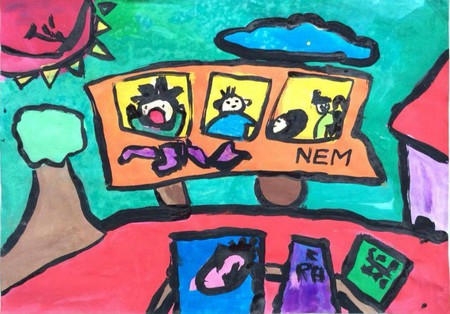 A painting by Nem | Courtesy of Nem Gallery

In addition to art, Nem is an eager piano player and singer. He also enjoys sharing clips of himself playing music, singing and sped-up videos of him painting on social media. His Facebook page has more than 3,400 likes and his story has been featured on many Vietnamese TV channels and online newspapers.

Through the eyes of Nem, Hanoi becomes a playful, almost magical city, full of life, energy, and mysterious creatures. Creating landscapes and still lifes, his acrylic paintings are particularly bright, uplifting, and visually striking. Nem uses yellow and blue predominantly in these paintings, with a preference for thick brushstrokes and flat perspectives. The compositions tend to be tight, with few empty spaces as if each canvas is too small for Nem’s imagination. 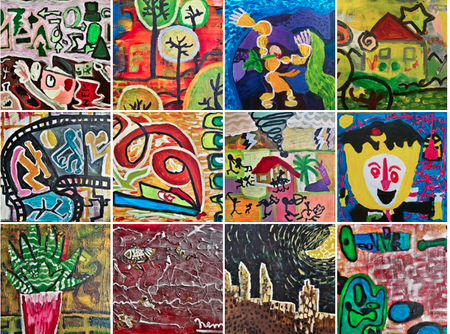 Despite his young age, Nem loves experimenting with different styles, subjects, and materials. He likes using black ink pens to tell stories and put images in the form of a storyboard. Numbers and words are also depicted frequently. Apart from landscapes and still life, Nem paints figures in basic forms, usually with peculiar features as if the figures are from a different world, or characters from fiction novels. Yet, these portraits are inspired by real-life people such as his family, suggesting that Nem wholeheartedly and creatively connects with the world. 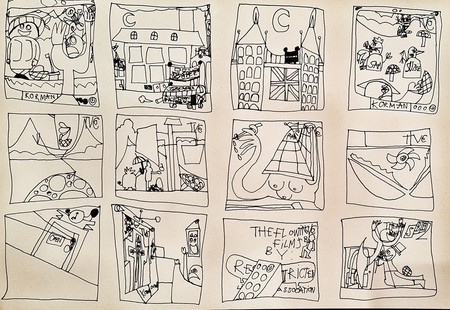 In 2014, Nem had a major exhibition titled Tieu The Gioi – Cau Chuyen cua Nem (A Little World – The Story of Nem). It showcased his most representative works, and delivered the message that ‘each child has her/his own unique perspective of the world’. He has also participated in two group exhibitions organized yearly for autistic children in Hanoi. 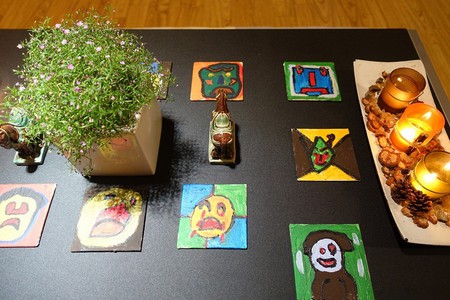 In addition to being the first autistic child to have his own exhibition, Nem is an official artist of To He, a lifestyle brand based in Hanoi. His artworks have been reproduced in fashion products such as tote bags. These products aim to raise awareness of disability. 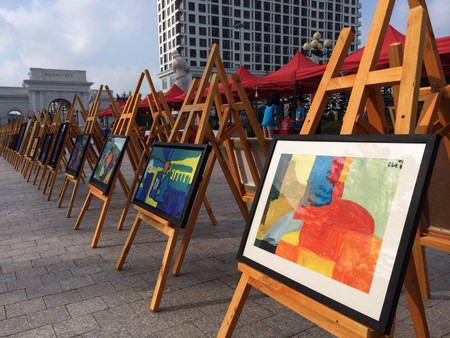 The impact of art and family on artistic children

Long-term research has suggested that parenting skills can improve severe cases of autism. Indeed, Nem’s family plays a key role in the positive development of his artistic practice. His family encourages him to pursue his passion for art; at first, his father helped Nem paint basic lines, but later let him freely create. His mother, Phuong Nguyen, has done extensive research and consulted many international experts on how to improve his condition. Art therapy was found to be one of the most effective methods. Hoping to inform and support parents of autistic children, Phuong Nguyen has documented Nem’s everyday life struggles as well as his achievements on her blog. 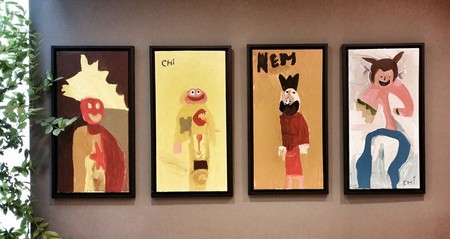 Nem’s paintings on the wall | Courtesy of Nem Gallery

Another child who offers an example of the benefits art and parental love can give to autistic children is the case of Iris Grace, a 7-year-old British artist. Similar to Nem, her art depicts joy and nature, and her family fully supports her to use art as a way to comfort herself. Her mother documents her everyday life on her blog and confirms that she has become more active since she started painting. 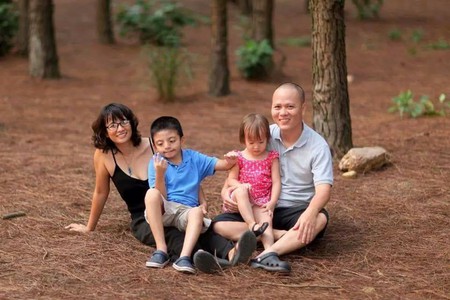 Nem and his family | Courtesy of Nem Gallery

Not only does Nem’s art embody the power of optimism and family love but his compelling story also raises awareness on autism in Vietnam. Sadly, in Vietnam, this disorder has not been given significant professional treatment. Nevertheless, it is wonderful to see that art therapy can help autistic children across the world. 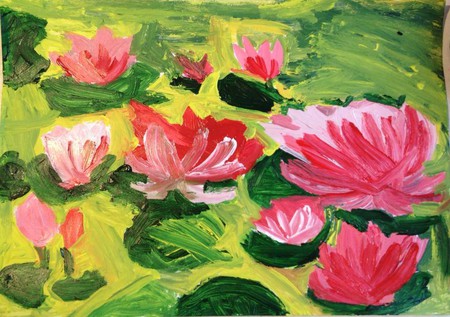