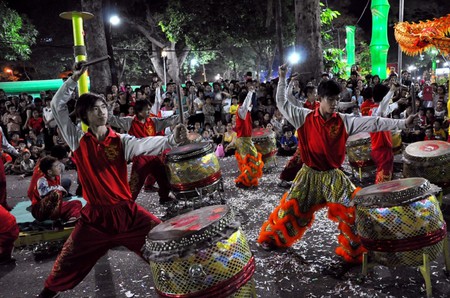 Vietnamese has a rhythm all its own | © salajean/shutterstock

Vietnamese has often been described as sounding like birdsong because of its expressive flourishes and the way it seems to flutter along like the wings of a hummingbird. For foreigners who are just starting to learn the language, it sounds like a hopelessly incomprehensible stream of emotionally-charged music. But, with time and a trained ear, the random chirping begins to make sense. Here are a few secrets to help you understand the musical quality of Vietnamese.

Vietnamese is a tonal language, which means the inflection you put on a word changes its meaning. The tones are shown as symbols over and under the words, and their shapes actually let you know what your voice should be doing. It’s the tones that give the language its music-like quality. As the words spill out, voices float between shrill pitches and guttural noises that kind of sound like somebody getting punched in stomach.

In English, we usually speak with a tone far lower than the neutral tone in Vietnamese. Because of this, even routine conversation in Vietnamese sounds excited. But when Vietnamese people begin to study English, they usually sound monotonous. Since English words don’t change their literal meaning with different intonations, Vietnamese learners often sound bored as they speak. Flipped around, native English speakers feel like they’re singing when they use Vietnamese tones. 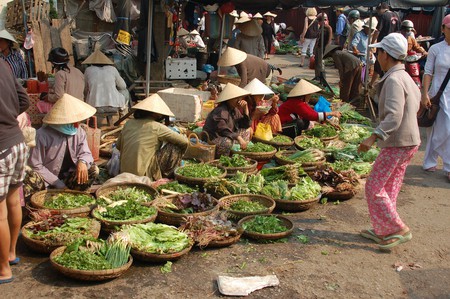 Markets in Vietnamese are filled with raucous chatter | © Andy Wright/Flickr

Vietnamese speakers don’t pronounce most final consonants. It’s one of the most challenging aspects of Vietnamese that new learners struggle with, because in English, we do pronounce most of the ending noises. Since they’re absent in Vietnamese, the words tend to flow together into a endless drumbeat, leaving you way behind if you lose track of the rhythm.

Vietnamese has a rhythm all its own | © salajean/shutterstock

Vietnamese as it looks today is relatively new. Prior to the 17th century, Vietnamese was written with Chinese characters. Alexandre De Rhodes, a Jesuit missionary, was the first to create a romanized version of Vietnamese which used Latin (or Roman) letters instead of Chinese symbols.

The new system didn’t make much progress in the rural areas for many years, but by the early 20th century, under French colonial rule, Vietnamese as we recognize it today eventually replaced the old system. Today, Vietnamese looks familiar to English speakers, but there are some important differences. 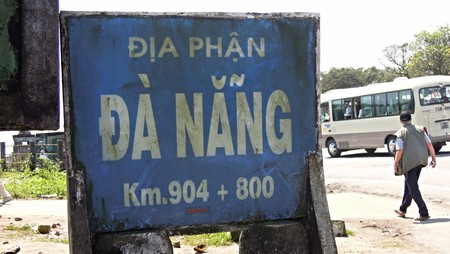 The three different letters for A in Vietnamese | © David McKelvey/Flickr

There are more vowels

Vietnamese has 12 vowels, but several share common Latin base letters. For example, there are three different Vietnamese letters which use the letter A. To add to the confusion, two of the letters that use A also sound the same. They differ in how long they’re pronounced. By having more vowel sounds, Vietnamese can flow along without stopping to let a harsh consonant disrupt the rhythm.

The old phonetics haven’t changed, except for the words for modern things like TVs. Vietnamese today sounds about the same as it has for ages, which is why, as you listen to the musical flow of Vietnamese conversations, you’ll hear a timeless quality to the language. It’s like listening to birds chatter away in a rainforest canopy.

To learn some basic phrases for your travels through Vietnam, check out this article.