The Ins and Outs of Traditional Vietnamese Medicine 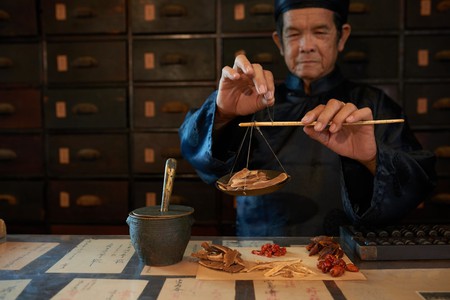 Thuốc Nam or Traditional Vietnamese Medicine has roots dating back thousands of years. It’s a field that’s evolved over time, aided by the nation’s humid, tropical climate, which provides ideal conditions for the hundreds of plants used in the discipline to grow. Today, from rural stilted villages to frenzied metropolises, the practice of ingesting these herbal remedies lives on.

Although the exact origins of Thuốc Nam are not entirely clear. Most scholars agree that the field began to evolve anywhere from 2,200-2,500 years ago during the Hồng Bàng dynasty. Ancient Chinese texts suggest that prior to their southern conquest in the second century B.C, a system of herbal medicine had been established in the northern regions of Vietnam.

Following the successful invasion and occupation of the Red River Delta by the Chinese, Thuốc Nam grew alongside Traditional Chinese Medicine or Thuốc Bắc. In some instances, the Chinese forced their neighbors to pay taxes in the form of medicinal remedies and drugs. Over the next thousand years, the two disciplines remained independent, yet had continued visible influences on one another.

In 938 AD, the Vietnamese claimed victory at the Battle of Bạch Đằng River and over 1,100 years of Chinese rule came crashing to an end. The next thousand years became a pivotal period in the development of Thuốc Nam as it brought with it the field’s two most important and revered physicians — Tue Tinh and Hai Thuong Lan Ong.

Tue Tinh was born in the 14th century, and although he’s about 1500 years late to the party, he is often referred to as the founder of Traditional Vietnamese Medicine. He wrote a number of highly important texts, including Great Morality in the Art of Medicine, and came up with the idea of “the need for Vietnamese to be treated by Vietnamese medicine.”

Hai Thuong Lan Ong came along 300 years later. In the mid 1700’s, after studying for dozens of years, he published a 66-volume Encyclopedia of Traditional Vietnamese Medicine that is still referred to today as one of the seminal works on the topic. 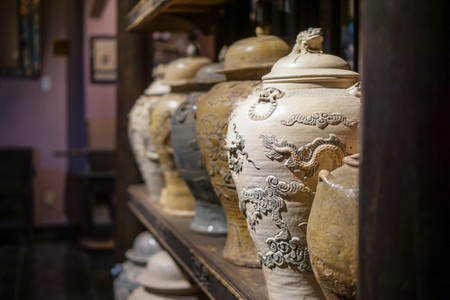 Unlike Traditional Chinese Medicine, Thuốc Nam has no complex or time-consuming brewing process. Instead, different combinations of herbs are simply chopped or ground and consumed.

A mixture of rice gruel and onion is prescribed for the common cold, while garlic could cure spells of fainting. Warding off malaria is as simple as eating ginger; chewing betel prevents tooth decay.

The similarities between the fields mostly lie in the underlying beliefs. Each is based around the idea of Qi or energy. The concept of Yin and Yang or balance is a theoretical building block, as are the Five Elements — the belief that energy flows in our bodies the same way water nourishes wood, wood brings fire, fire forms earth and earth creates metal.

These methods and beliefs have been passed down from one generation to the next for thousands of years. However, there are signs that since the 19th century, Traditional Vietnamese Medicine has been largely influenced by Western Medicine as well. 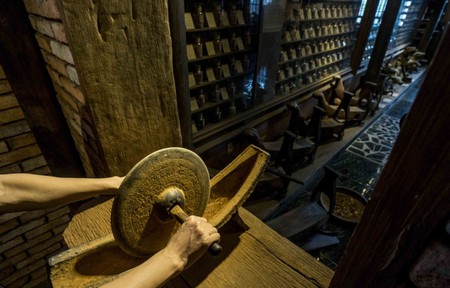 Thuốc Nam is still very much alive in modern-day Vietnam; although by some accounts, no longer accessible to the poor as the prices of certain remedies have soared. In many of the country’s sprawling metropolises, traditional medicine is now being used to supplement Western medicine — X-rays are combined with herbal tea.

Numerous herbal remedy stores can be found in Ho Chi Minh City. Traditional medicine can be studied at the HCMC Medical and Pharmaceutical University, while treatment can be received at the government-run Traditional Medicine Institute. A museum highlighting the benefits of the age-old remedies even exists.

It’s clear that in the last 20 years the country has undergone massive changes, but many traditions of the past have endured through it all. 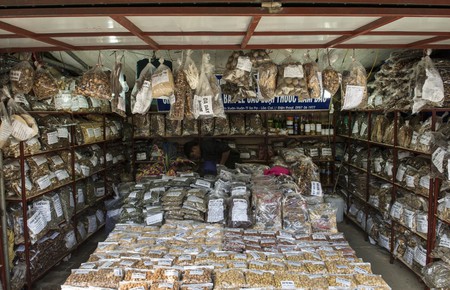