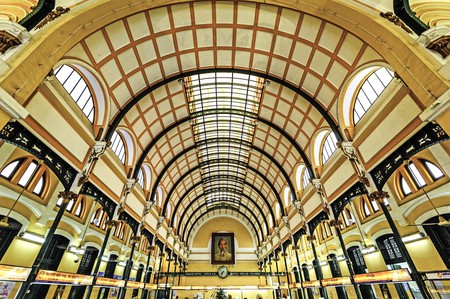 The Saigon Central Post Office is one of the most iconic tourist destinations in Ho Chi Minh City, with charming colonial architecture and ornate decorations forming the backdrop for newlywed photo-shoots, school trips, and city tours. Moreover, it is a beautiful remnant of Vietnam’s complicated past. If you’re looking to mail a postcard home or simply admire the architecture of a bygone era, this is definitely the place to do it.

The Saigon Central Post Office was constructed from 1886-1891 and depicts classic elements of Gothic, Renaissance and French colonial design. While some mistakenly credit Gustave Eiffel, the famed designer of the Eiffel Tower in Paris, it was actually designed by French architect Alfred Foulhoux. 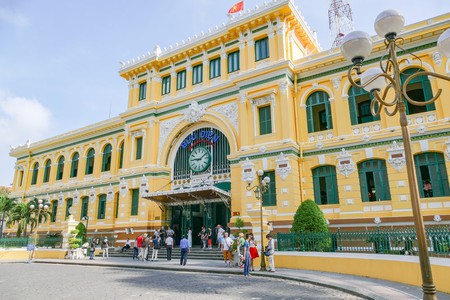 The post office features a unique, bright yellow exterior framed with white trim. Curved windows are elegantly framed with green shutters and a large clock is featured prominently at the building’s main entrance. The stunning, spacious interior has tall, domed ceilings with metal arches and a gorgeous patterned tile floor. There are two painted maps inside the office – Lignes télégraphiques du Sud Vietnamet du Cambodge 1892 (Telegraphic lines of southern Vietnam and Cambodia 1892) depicts the postal route from southern Vietnam to Cambodia, and on the right side of the building is Saigon et ses environs, 1892 (Saigon and its surroundings), a local map.

Tourists walking inside the Saigon Central Post Office will feel as though they’ve been temporarily whisked out of Asia and transported to a 20th century European train station. 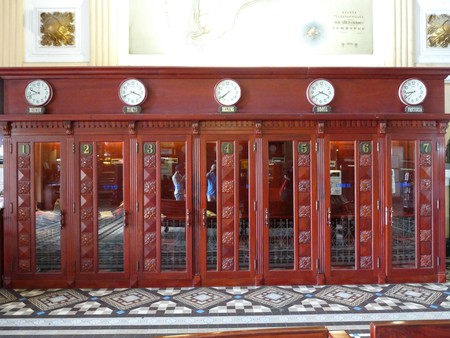 The post office features polished old-school phone booths, original oil paintings on the walls, wooden countertops along the sides, old glue pots to place stamps on envelopes, and areas to write a letter to a loved one. The only landmark inside the building that betrays its true location is the large portrait of Ho Chi Minh at the end of the hall. 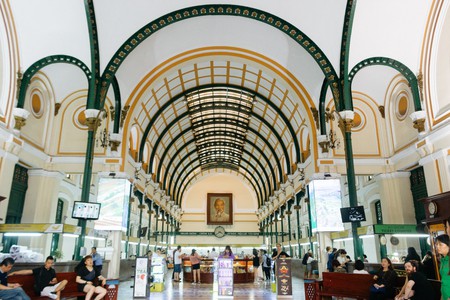 The Saigon Central Post Office is a wonderful place to marvel at extraordinary colonial architecture. The city has meticulously maintained this exquisite building and it is still in full operation. The office offers full postal services and also sells an array of postcards and stamps, making excellent souvenirs to bring back home.

At the end of a wooden table inside the post office sits Mr. Duong Van Ngo, a man who has been recognized by the Vietnam Guinness Book of Records for 27 years spent writing letters for those who cannot write for themselves. The 87-year-old writer is reportedly fluent in both English and French and continues to write letters every day despite his advanced age. He starts his working day at 8 a.m and ends at 3 p.m, writing several letters per day while charging 50 cents per page. Mr. Duong has become an icon at the post office over the past several years. 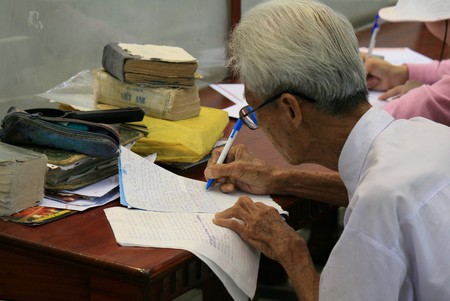