The Delicious Origins of Vietnamese Phở 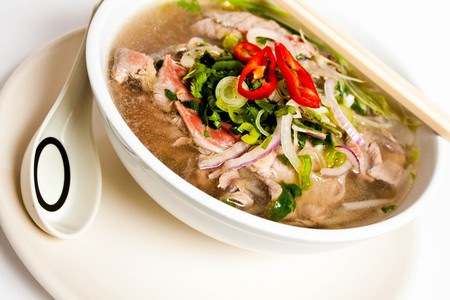 Since its inception over a hundred years ago, phở hasn’t changed all that much. It’s a bowl of noodles in a meat broth with herbs, spices and a few other things, depending on the region. Here’s the story of how this simple yet delicious Vietnamese dish gained global recognition.

Vietnamese phở has no concrete origin. The general consensus is that the precursor to what we now call phở first appeared in the province of Nam Định, which is just east of the more famous Ninh Bình province – both southeast of Hanoi. As the story goes, the colonial French authorities had a taste for beef and made demands on Vietnamese farmers to provide more meat than locals had ever produced. With all the extra cow bones and scraps of meat, local cooks began to experiment with a new kind of broth. Those cooks put the marrow-rich bones and scraps in a pot of water and let it sit on low heat for hours. With a few choice herbs and spices – and later served with water buffalo meat and a helping of rice-based vermicelli – they had the first incarnation of phở. 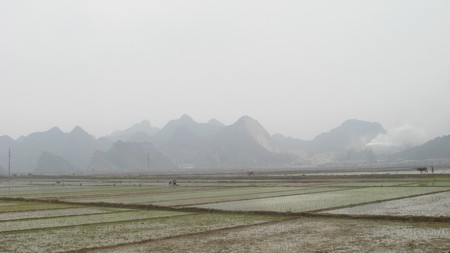 As this new dish gained popularity in Hanoi, it went through some changes: the thin vermicelli noodles were replaced with thick, round noodles, and beef replaced the water buffalo meat. From the early 20th century onward, this new dish became a staple of the northern Vietnamese diet. It was cheap, simple and made entirely from local ingredients – a dish for everyone. Pots of steaming phở slung from shoulder-carried bamboo poles have been a common sight in Hanoi ever since.

A pot over fire

The jury is still out on how phở got its name, but there is one compelling explanation. During the colonial era, the French authorities were fond of a dish from their homeland called pot-au-feu, which basically means a pot on the fire. It’s a beef stew, much like phở, but the main difference is that it’s packed with vegetables. It’s believe that pho is an adaptation of the French word feu.

Side note: Many foreigners actually mispronounce phở. It’s not “foh” but rather “fuh.” 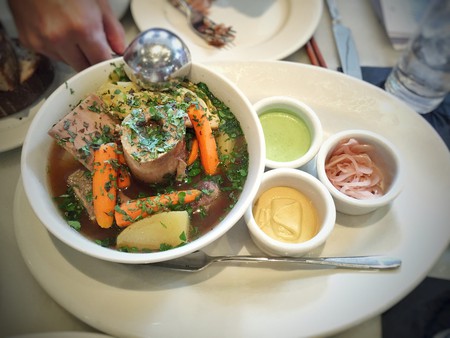 Until the Geneva Conference in 1954, phở remained relatively unknown in southern Vietnam. But as millions of people moved between the two newly formed states – North and South Vietnam – the northerners who went south brought along their traditional recipes, including phở. In Saigon, phở transformed yet again. More herbs and spices were added, as well as new flavors, such as fish sauce and hoisin. For northern purists, these changes tarnished the beautiful simplicity of phở. Whatever the case, southerners also fell in love with this new dish. 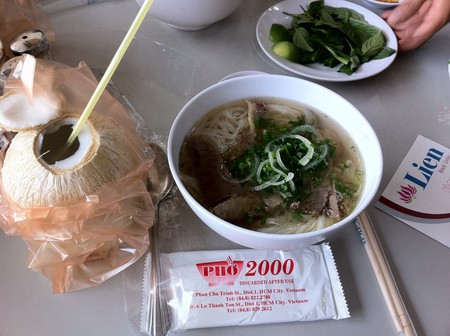 As the Vietnam War came to an end, finally culminating in 1975 with the Fall of Saigon, millions of Vietnamese people fled abroad. Some went on American ships waiting offshore, while others floated out on rickety boats, landing in places like the Philippines, Indonesia, Thailand, or even as far off as Australia. These refuges formed tight-knit communities where they maintained their customs and traditions. They opened shops and restaurants, serving Vietnamese dishes to other Vietnamese. Over time, however, word spread about this new cuisine – and one dish above all others swayed the hearts and stomachs of millions: phở. 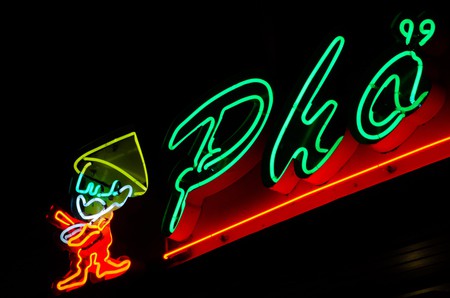 Today, you can find phở in strip malls, food courts, airports, and so many other places all around the world. In the age of global travel, where so many people can explore new cultures, phở is emblematic of globalization – a simple dish from a humble region in northern Vietnam that is now a global phenomenon. It’s the story of Vietnam: the small country that has made a big name for itself.