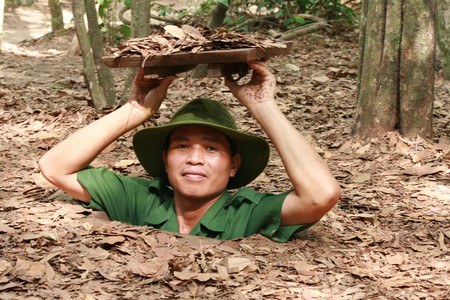 There are vast opportunities in Vietnam to remember history, both the glorious and devastating. Among all the places claiming to portray the Vietnamese tenacious spirit, the Cu Chi Tunnels truly stand out. And a trip to the underground tunnels can open the window onto the country’s rich history and evoke scenes from the Vietnam War. Here is our guide to the fascinating Cu Chi Tunnels.

Communist forces began digging a network of tunnels, mostly by hand with a little help from rudimentary tools in the late 1940s during the French colonial period, to primarily serve as a communication hub between villages and to evade the French army sweeps. The tunnels were later gradually expanded when the United States escalated its military presence in South Vietnam to support a non-Communist regime in the early 1960s. The secret tunnels did not only fortify the North Vietnamese and Viet Cong war guerrillas (known as Communist supporters in South Vietnam) but also became the heart of community life. At the total length of 250 kilometres and depth of 10 metres, the systematic network stretched from suburbs of Saigon to the Cambodian border and often passed beneath the American bases. 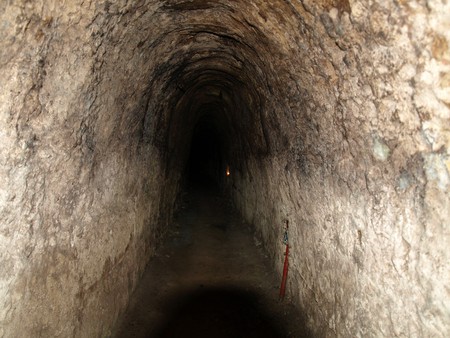 How the tunnels worked

The complexity of the tunnels was a frustrating puzzle to the Americans; they were divided into four levels at varying depths for different purposes. At three to four metres deep, the first level was home to the firing post, ventilation shaft and plenty of traps. At the second level was the kitchen and dormitory and the third level housed the first aid station where power was generated by bicycle, the storage room for food and weapons, and the route for tunnel connections. The deepest level provided water resources from a well and also led to the Saigon River, creating escape waterways in an emergency. The crux of the tunnels lay in the ventilation shaft which was dispersed through holes linked to the surface; it had to have the capacity to generate air for thousands of soldiers.

How the Americans tried to solve the puzzling tunnels

Due to the lack of advanced weapons, Viet Cong soldiers set up a variety of booby traps including trip wires, bamboo pit vipers (whose tails were tied to the trees) and the most iconic one, the ‘punji sticks’ made out of wood or bamboo and smeared by natural biological poison. To combat these guerrilla strategies, the US forces decided to send some soldiers called “tunnel rats” down to the tunnels, armed with a gun, a knife, a piece of string and a flashlight to navigate the network and scout for the troops. However, the tunnels were designed with narrow entrances and tunnel walls that could only fit a small body size. Even when the smaller-bodied “tunnel rats” managed to get them through, they then got trapped with numerous U-turns and dead ends and suffered from high casualty rates. The American troops also tried to flood, bomb and throw chemicals into the tunnels but it rarely worked, thanks to a complex system of water drainage and ventilation holes. 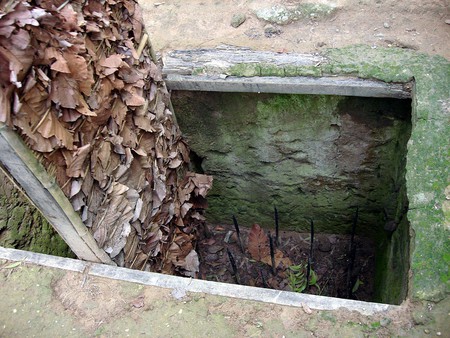 The heart of the community life

The tunnels were home to schools, hospitals and even the birthplace of many kids. Life, of course, was tough. People were suffering from sickness, infection and the scarcity of water, food and proper medical treatment. Malaria was the second biggest cause of death after the casualties of battles. However, throughout the wartime there was a strong sense of community from village to village. Songs, dance and theatrical performances created moments of laughter and helped lift their fighting spirits. 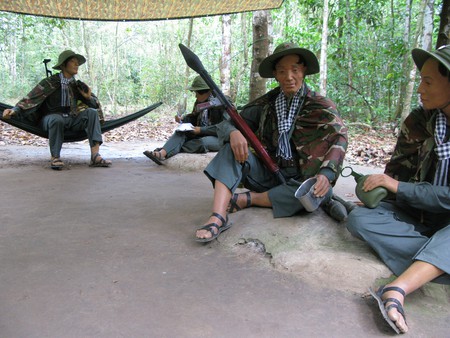 The nature of Cu Chi

The efficiency and complexity of the Cu Chi Tunnels are subject to the natural environment and its geography. The Viet Cong troops managed to camouflage the entrances thanks to the vast trees and bamboos on the ground. The proximity to the Saigon River played an important role in providing water resources, escape waterways and the prevalence of clay-like soil made the construction and shaping of the tunnels easier.

The Cu Chi Tunnels, one of Vietnam’s most popular tourist attractions now may look like a little like a theme park with many kitsch souvenir shops and even a shooting range to amuse visitors. However, don’t let those put you off because the horrors of the war at the underground tunnels are worth commemorating. 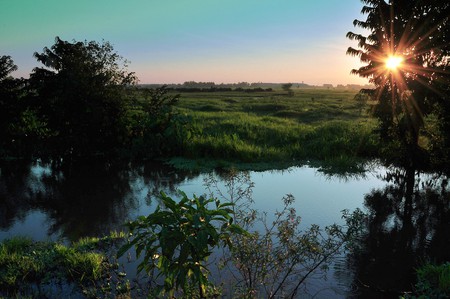