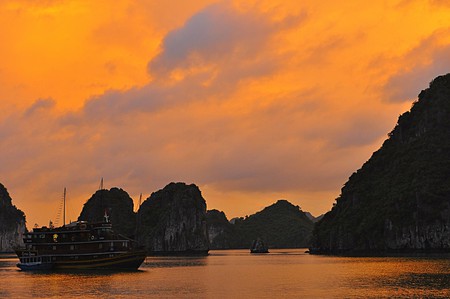 For many foreigners, learning Vietnamese is an exercise in misery. Even after hundreds of hours, simple phrases still sound like garbled nonsense, and lessons seem to get them nowhere. If you’re one of these people, listening to popular music from Vietnam could be just the trick.

It’s catchy, fun and it’ll help you to order those iced coffees you crave every morning. This song is a popular choice for Vietnamese teachers introducing their language to foreigners. The lyrics are fairly simple, and the singer enunciates his words well. If you don’t know the Youtube channel, Learn Vietnamese With Annie, you really need to check it out. Here’s her explanation of Sài Gòn Cafe Sữa Đá.

This song has the added benefit of an English chorus, so you start the song already knowing a good chunk of it. To follow along with the lyrics, go here. Practice it over and over to get the pronunciation.

Emily is a popular R&B singer, and in this song she slows it down for a romantic tune. She’s famous for starting her career as a model, but now works regularly with some of the biggest names in Vietnam.

Here’s one of the most popular singers in Vietnam today. This song made it onto several lists for best Vietnamese songs in 2017, and 23 million views speak for themselves. The lyrics are on screen as well, helping you to hear how words are spoken as you’re listening.

Đông Nhi is famous in Vietnam, having won the first season of the television show, The Remix, as well as winning Best Asian Artist in 2016 at the MTV European Music Awards.