ASIA
/
VIETNAM
/
Things to Do

The Best Places To Go Diving in Vietnam 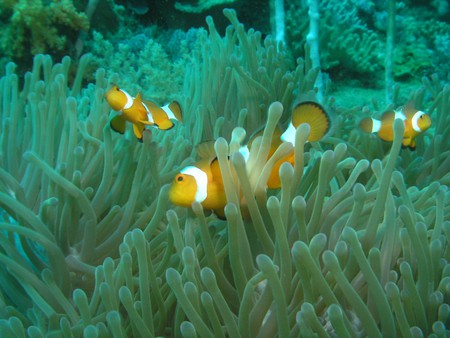 Fun fact: Vietnam has a coastline of 2,025 miles (3,260 kilometres), which is actually longer than that of Thailand. Along this long and languid coast, divers can expect year-round opportunities to explore untouched waters. Here is a list of the best diving spots in the country.

Due to Nha Trang’s location on the Vietnam backpacker’s travel trail, this stop has over the years become the scuba diving capital of the country, and still defends the title well. There are over 20 diving operators within the city that offer courses and packages for the experienced and otherwise, for extremely attractive prices. In fact, some of the cheapest PADI courses in the world are found here, so if you want your open water certificates, you know where to go. The water temperature in Nha Trang has an average of 82°F (28°C), and the waters are clear and the currents friendly. Marine life may not be the best in this region, but most diving here is done for perfecting skills and furthering experience. 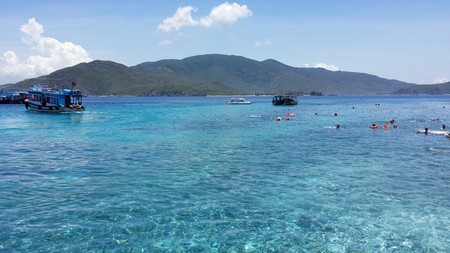 There are three locations to dive in Nha Trang:

Hon Mun Marine Park, suitable for divers of all levels, is teeming with macro and reef life. Over here you will find Moray Beach, with its shallow and sandy bottom that is great for training dives, and of course – as the name suggests – for spotting moray eels. There are incredible corals to see here and you will come across scorpionfish, clownfish, and black frogfish, to name a few. Madonna Rock is another site, and here are several caverns situated at various depths, that provide shelter for many species of fish that breed here. 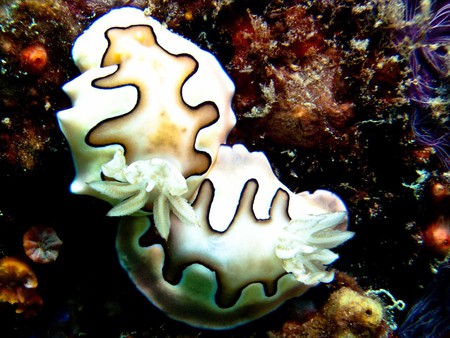 Whale Island offers a more diverse marine life. Seahorses and stonefish, in addition to those above, can be found hiding among the numerous pinnacles surrounding the island. This area is home to eagle rays, manta rays, and sting rays – which can be encountered in the deeper areas of these dive sites – and also the occasional whale shark.

Nha Trang bay is the final option, offering similar experiences, and between these three, divers can find plenty of sites to explore.

Da Nang is a major port of Vietnam along the coast of the South China Sea, along with Hoi An which is 18 miles (29 kilometres) south east. Compared to the other sites, these two cities receive less diving enthusiasts, and thus, the diving potential here largely remains unexplored. The most popular diving sites in Da Nang are found around Son Tra Peninsula, 7 miles (12 kilometres) north, and the best time for diving here is between February to September. It is best to avoid other months due to rough waters and poor visibility. 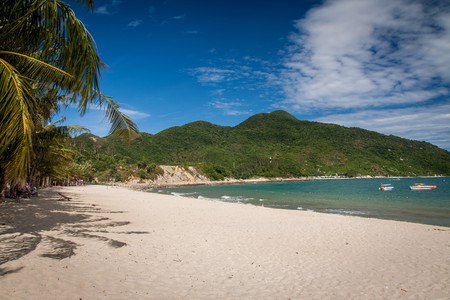 You can dive off the coast of Hoi An as well, and here you will find hundreds of different varieties of coral and tropical fish thriving in the warm tropical waters. Cu Lao Cham Marine Park is only 13 miles (21 kilometres) from the Ancient Town of Hoi An and is made up of eight islands in the South China Sea — the most popular one being Cham Island. The area is teeming with marine life, and the sites are rather shallow, with swim-throughs and caves, making it great for beginners.

The Con Dao archipelago is located down south of Vietnam, and is a group of 16 islands, many of which are a part of Con Dao National Park and enjoy a protected status. There are around 20 diving sites of varying difficulties in the region, and the natural beauty of this area features landscapes adorned with reefs and colourful coral formations. You will also find the only dive-able wreck in Vietnam, which is extremely photogenic, decorated by corals and sponges, and is the key place to see pelagic animals like hawksbill turtles, sharks, and rays. 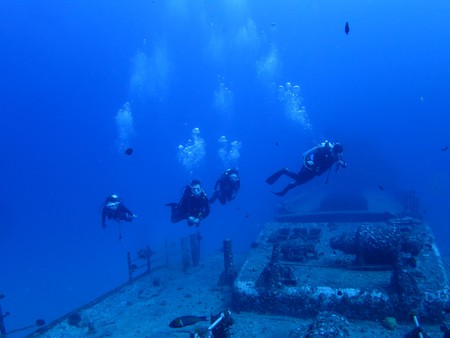 Last but not least is the little-known Phu Quoc Island, which lies close to Cambodia and actually has the best marine life in Vietnam. Top dive sites here are the Dry island and Nudibranch Island where you will be able to spot a variety of marine animals, including nudibranch, cuttlefish, octopus, scorpion fish, crustaceans, pufferfish, anemones, damselfish, and moray eels. The waters here are clear and calm, sheltered from the strong currents that affect other areas around the island, creating the ultimate conditions for first-time divers. 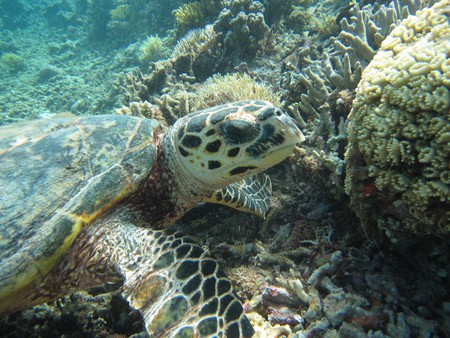 The An Thoi islands at the southern end of Phu Quoc are a set of 15 islets that provide a more challenging environment for divers. It is less likely that you will spot any big sharks and mantas, however, chances are that you will see some bamboo sharks or blue-spotted rays as the strong currents can bring them in.

Phu Quoc’s depths still largely remain undiscovered, and new sites are found every season. Head over here if you are looking for some once-in-a-lifetime adventures — to ‘go where no man has ever gone before’.