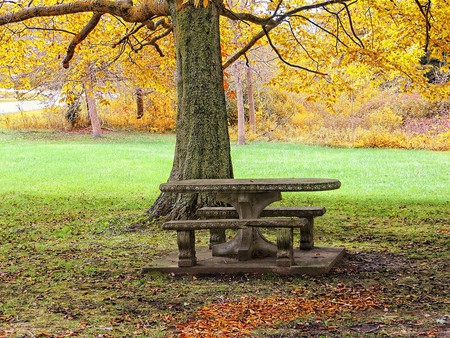 A picnic in the park? | © Chris Sorge/Flickr

Ho Chi Minh City may be a concrete jungle that serves as the economical hub of Vietnam, but there are still some green spaces that are loved by locals and expats alike. Here are our favorite spots where you can take a breather.

Probably the most popular park in Ho Chi Minh City, Tao Dan Park is also one of the biggest public green spaces. It is neatly tended to, with towering century-old African mahogany trees, intricate plant sculptures of animals such as tigers and dragons, exercise machines, clean sidewalks and benches everywhere to sit down and enjoy some peace and quiet within the hustle and bustle of the city. There is even a miniature recreation of a Cham temple in the center of the park, and a shrine to the Hung Kings of Vietnam—the legendary founding royal dynasty of the nation. 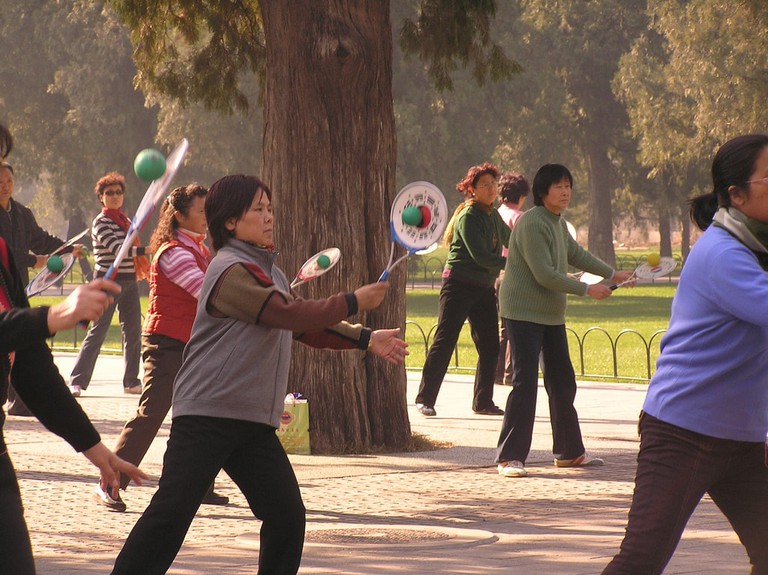 This park has a lot of activities going on: in the morning, people play badminton, jog, meditate, dance, do tai chi and aerobics in groups, and it’s even a place for bird owners to gather and bring their birds to sing together in harmony. Unlike the rest of Vietnam, the average age here in the mornings is upwards of 50 years old. I mean, when was the last time you woke up around 4:00 a.m. to head to the park?

For a bit of Singapore in Ho Chi Minh City, head over to Phu My Hung, a residential area in District 7. Over here, you will find The Crescent Walk, which spans a couple of kilometers along Ton Dat Tien (Sun Yat Sen) Street. This is a traffic-free, paved promenade along the Crescent Lake, all part of The Crescent—a high-end residential area, with office spaces, public recreational areas and a string of international dining and drinking chains with outdoor seating overlooking the water.

It’s quiet, clean and slightly surreal, making it a perfect place to unwind at the end of a busy day and watch the sunset. There is a bridge that connects The Crescent to Ho Ban Nguyet Park, a large and tranquil space that is great for a weekend picnic and romantic date. It gets even more charming! The Starlight Bridge turns into a light spectacle at night; the fine streams of water on both sides change color thanks to the neon lights installed in the bridge. It will make you feel as if you are walking amongst a rainbow.

23-9 Park is one that most visitors of the city will walk through without knowing it’s quite a popular park. It offers a quiet and leafy path from the Ben Thanh Market to the backpacker district of Pham Ngu Lao/Bui Vien. It is named after the brutal rebellion against the reinstatement of French control in Ho Chi Minh City, just three weeks after Uncle Ho had declared independence on September 2nd, 1945. 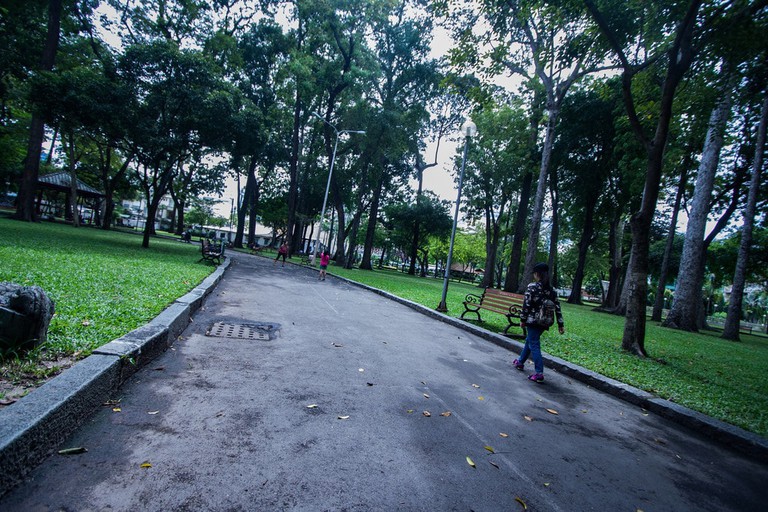 23-9 Park is a rather small park, with more concrete than grass. But it is still a place of rest thanks to the plenty of shade provided by the dozens of palm and tamarind trees planted around, that also block out the heavy traffic noise. Various gazebos, a small amphitheater, a modest playground for kids and many benches are found throughout the park. It gets particularly active at night; parents bring their kids to run around and play, locals enjoy a coffee on a bench or a romantic stroll through the park, and vendors set up their stalls around the park’s edge. You will also find people playing badminton, jogging, doing kung fu, aerobics, yoga and even salsa classes from time to time. If you’re not shy, grab a partner and join in on the fun.

During Tet, this park becomes a yellow and orange flower garden, with pottery stalls here and there.

Park
Facebook
Email
Twitter
Pinterest
Copy link
Share
Map View
Hoang Van Thu Park fills the traffic circle formed by the intersection of three extremely busy roads. This park is an oasis of calm and quiet near the airport. It’s everything a park should be—full of bright foliage, birds, squirrels, a lake and even has an elegant white sculpture rising into the air—a perfect representation of the city’s desire to develop and thrive.

You will find a diverse range of flora here, from pine trees, palms, tamarind to bamboo, African mahogany and bougainvillea. Benches, huts and gazebos dot the park under which people read, study and well, make out. If you’re lucky, you may even witness a wedding or engagement photoshoot, as the park is extremely photogenic.

Van Thanh Park is a large, government-owned tourist park and makes for a lovely escape from the city’s urban chaos. It is surrounded on all sides by high-end apartment blocks, so you will find a string of dining and drinking options nearby. Inside, in addition to all the gorgeous and refreshing greenery, there is an artificial lake, swimming pool, tennis courts, a small children’s playground and a quirky touch with decorations such as wooden canoes that lie beached on the grass and bamboo lanterns hanging on trees. 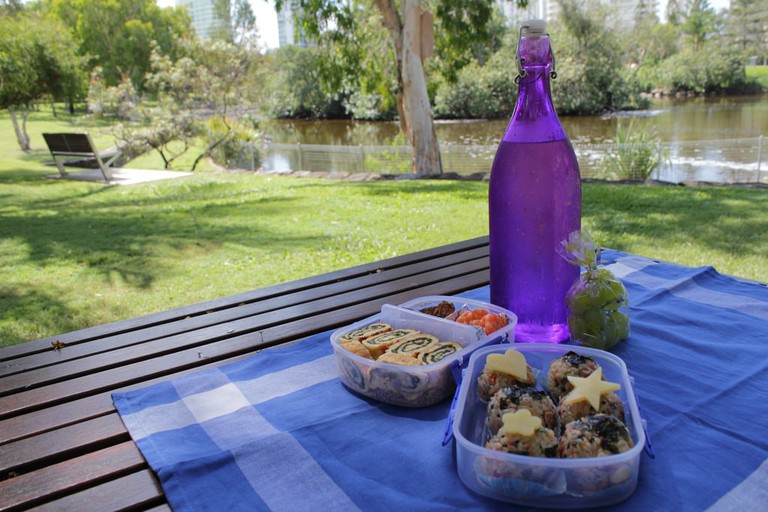 Over here, you can hire gazebos for some private time with friends or loved ones or if you want to throw a barbecue. It will cost you VND$400,000 (USD$18.00). Entrance to the park is free, but using facilities will cost you some cash. It’s definitely a nicer, much quiet getaway than other parks.