The Best Parks and Green Spaces in Hanoi, Vietnam 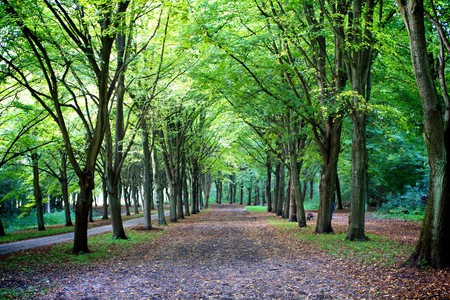 It’s always nice to get away from the crowds and the hectic traffic of Hanoi. Nature is never too far away from Hanoi, but luckily even within the city’s boundaries, there are a few green parks to enjoy some peace and quiet. Here are our favorites: 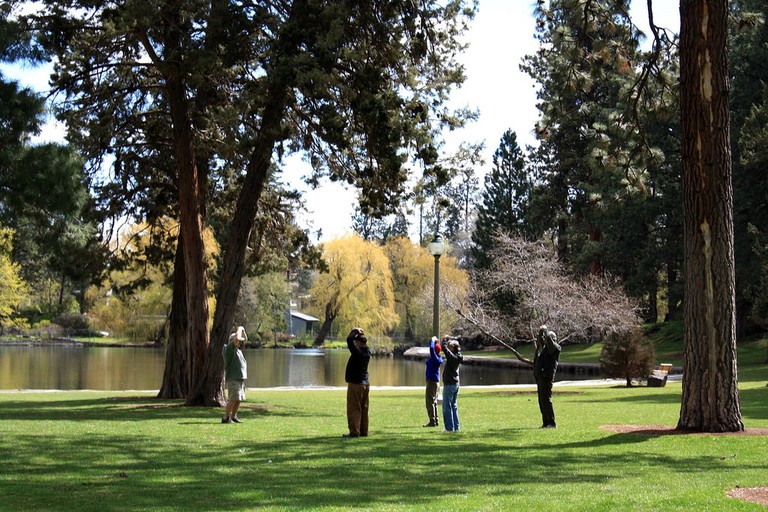 Thong Nhat Park, Hà Nội | wasav/Flickr
Thong Nhat Park is relatively small compared to other botanical parks around the world with its total area of 50 hectares, but for a city like Hanoi, it is quite large. The park is a popular spot for locals of all ages. Middle aged people use it as a space for jogging, cycling, skateboarding, yoga and working out, the elderly hang out in groups dabbling in tai chi or even dance, and the young ones run around and chase one another while their parents hang around having some coffee. You will also find many others reading, having picnics or doing absolutely nothing while lying on the grass.The park is located very centrally, making it a great place to relax after exploring a few historical sites that are very close by such as the Ho Chi Minh Mausoleum and Hoan Kiem Lake. It’s also a good place to join in on the locals for some morning or afternoon exercises. The entrance costs only VND$4,000 (17 cents!), and the money is spent on maintaining the gorgeous green lawns.
Open In Google Maps
354A Đường Lê Duẩn, Hà Nội, Vietnam
Visit Website
Give us feedback

Park
Facebook
Email
Twitter
Pinterest
Copy link
Share
Map View
Indira Ghandi Park is on the east side of Hoan Kiem Lake. Initially during the French colonial era, it was a popular venue for political events and concerts, and then in 1984 was renamed in honour of Indira Ghandi, the assassinated prime minister of India, who gave her support to Vietnam.

The park gets crowded around 07:00 a.m. in the morning, with joggers, people looking to use the exercise equipment, or others just taking a quick break and enjoying a coffee before they head off to work. There is a lake and you will get glimpses of fishermen doing what they do best, and if you’re lucky, you’ll even get to watch a chicken fight. There is also a statue of Emperor Ly Thai To, the first king of the Ly Dynasty.
Open In Google Maps
16 Láng Hạ, Hà Nội, Vietnam
+84987890909
Visit Website
Visit Facebook page
Give us feedback

Lenin Park is a tiny park that is also a great intermediate stop on your itinerary. After all that walking around, you’ll want to sit down on some cool grass. The park has a statue of, you guessed it, Lenin, as a goodwill of Vietnam to commemorate his 110th birthday. 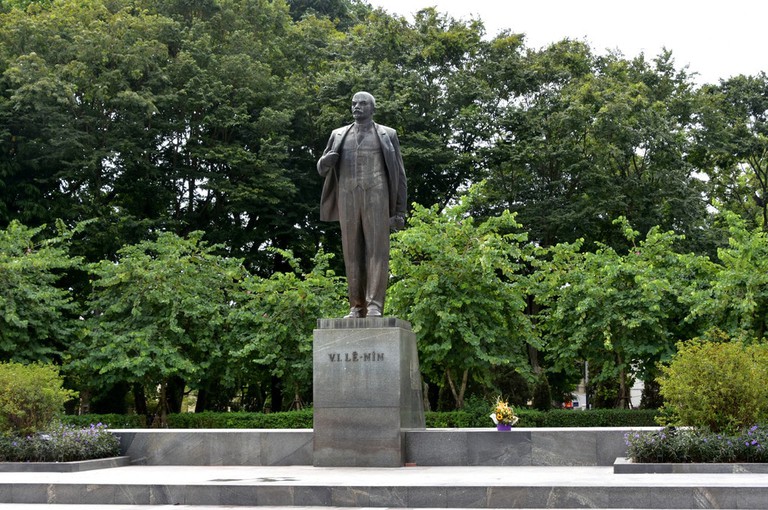 Just like other parks, you will find mostly an older crowd trying to stay healthy and fit. Other than that, you will find the curious traveller looking to take a photo standing beside the statue of Lenin. Hanoi Flag Tower, Vietnam Military Museum and the Imperial Citadel of Thang Long are just opposite the park.

Thu Le Park was once known as Bachthao Gardens and now is also referred to by another name — The Hanoi Zoo. The Hanoi Zoo is set within the park and there are over 90 different species and a total of about 800 animals that live within the premises, including big cats, monkeys and reptiles. Don’t let the term zoo put you off — this is one of the best in the country. It is continuously striving to improve facilities to be able to care for the animals as best as they could. They aim to conserve and protect regional animals believed to be under threat.

Kids in particular love the zoo and park, but you will find many adults around, too, as it offers a welcome respite from the hustle and bustle of Hanoi. There is also a lake with peddle boats, making it a fun getaway for a few hours. 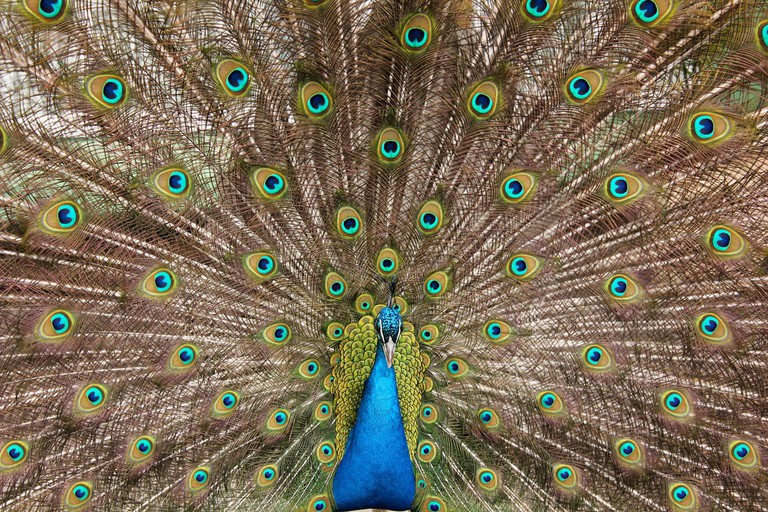 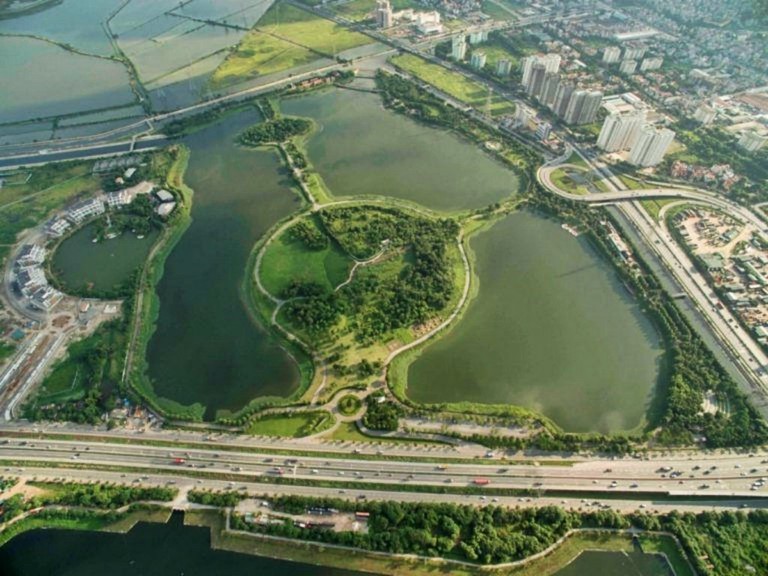 Yen So Park, Hà Nội | nhadatvideo/Flickr
Yen So Park is located in the Hoang Mai district, and is part of the strategic growth plan for Hanoi. This 327-hectare park is one of the most beautiful developments in Northern Vietnam, and includes five natural lakes surrounding six themed gardens, a string of dining options, shops, residential zones, and business centres. There are bicycle rentals priced at about USD$2.00 per hour and boat rentals for about USD$3.00. There are other plans for the park, including adding an outdoor theatre, maze garden, cultural village, etc., making this whole park a major step towards realising the city’s vision for the future.The location and dense canopy of trees offer a lot of shade from the Hanoi sun and muffles the sound of nearby traffic, turning it almost into a soothing background murmur that your ears get used to. The pathways are cool and surrounded on both sides by expanses of lush grass, high trees and colourful flowers — it’s really hard to believe such well-kept and green areas exist in such an urban city like Hanoi.
Open In Google Maps
Quốc lộ 1A, Hà Nội, 100000, Vietnam
+842439449898
Visit Website
Give us feedback
Give us feedback