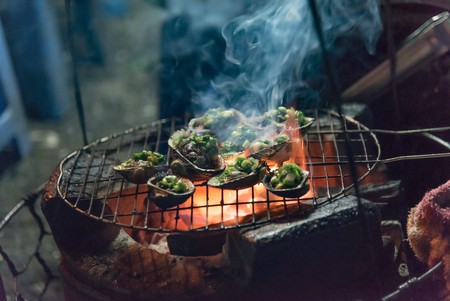 Ho Chi Minh City is a foodie’s paradise. It contains a whole world of remarkable dishes and distinctive flavours just waiting to be explored. From street food to fine dining, there’s something here to suit every craving — as long as you know where to look. The city is divided into 19 urban districts and 5 suburban districts, each with its own character and food scene. Here are the best districts in Ho Chi Minh City for food lovers.

Saigon’s central district has a wonderful international food scene. From phở to Korean barbecue to chilli cheese fries, District 1 is teeming with a huge variety of restaurants. Fancy Japanese-Italian fusion? Bubble waffles? District 1 has it all. The globalisation of food in this district has not only made it an excellent place to enjoy both Western and Asian cuisine, but it has also inspired innovative fusion restaurants that foodies will adore, such as Baozi, Nonla Guys and Pizza 4P’s. 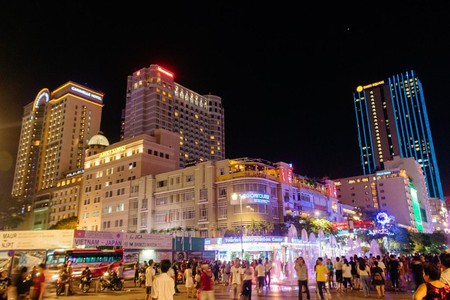 This popular expat enclave is, unsurprisingly, home to some of the best Western food in the city. District 2 (also known as Thao Dien) is a great place to eat for foodies seeking a more upmarket experience. Restaurants such as The Deck and MAD House offer a classy vibe, along with lush garden areas to enjoy. Several branches of popular District 1 restaurants have also opened in the Thao Dien neighbourhood to satisfy hungry visitors. However, street food is still alive and well here, particularly along Song Hành Street, which hosts several popular restaurants. 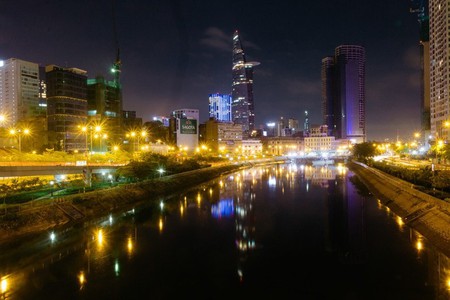 District 3 is an up-and-coming area of Ho Chi Minh City that has oodles to offer when it comes to food. Many of Saigon’s best-known food alleys can be found in this bustling district, such as 51 Cao Thang, where visitors can sample offal congee and a variety of Vietnamese soups. This lively street food culture is agreeably juxtaposed by the presence of some of the city’s chicest restaurants, including Social Club Saigon and Hum Vegetarian bistro. Whatever you’re hungry for, District 3 probably has it. 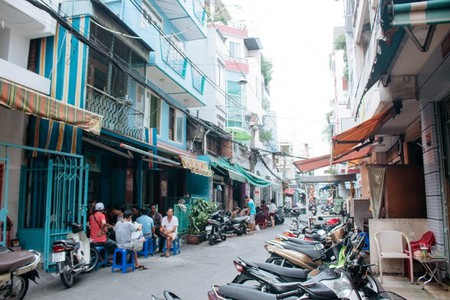 If it’s street food you’re after, look no further than District 4. Brimming with authentic local cuisine, District 4 is the home of Vĩnh Khánh Street, a prime location for food in Saigon. This street boasts a spectacular array of casual seafood restaurants, as well as the highly rated Sushi Ko. District 4 is a great place to sample distinctly Vietnamese dishes while soaking up the atmosphere of an especially animated part of the city. 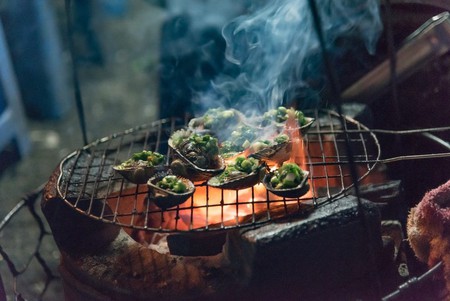 Also known as Cho Lon, District 5 is Ho Chi Minh City’s Chinatown. It should come as no surprise that it is home to some of the best Chinese food in the city and should not be overlooked by foodies. The unique blend of Chinese and Vietnamese cuisine is something to be savoured. Be sure to try hủ tiếu sa tế bò, a deliciously spiced beef satay noodle soup, at one of the district’s many restaurants. 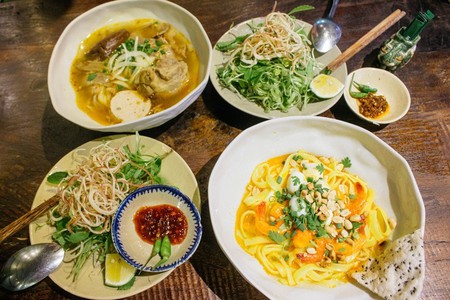 Much like District 2, District 7 is a well-known “expat area” in Saigon. There are many beautiful, high-end restaurants to explore in the Phu My Hung neighbourhood and the wide range of available cuisines leaves foodies spoilt for choice. It’s not the cheapest district to eat in, but if you’re seeking artisan bistros and sophisticated dining, District 7 is the way to go. 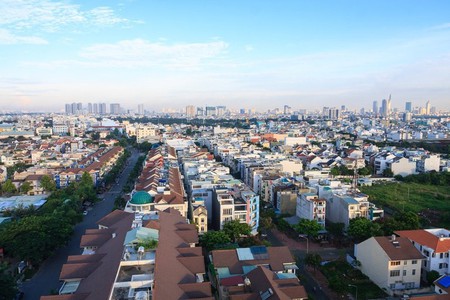 Binh Thanh District is one of Ho Chi Minh City’s most creative neighbourhoods, and one that foodies will find inspiring. Binh Thanh strikes a delicate balance between tradition and modernisation in a way that few other districts manage, and this is reflected wonderfully by its vibrant food scene. As well as excellent street-eats, this district boasts an abundance of top-notch vegan and vegetarian restaurants, including Vegan Kitchen and Dharma Garden. The emergence of a Japan Town within the area is further enriching Binh Thanh’s food culture, introducing new cuisines and dining experiences. 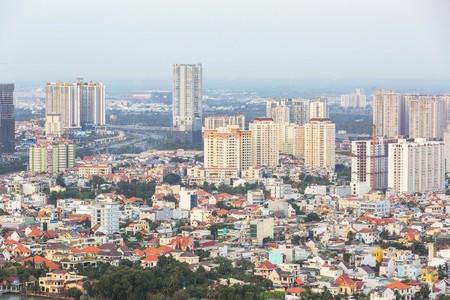