The Most Instagrammable Spots in Hanoi, Vietnam 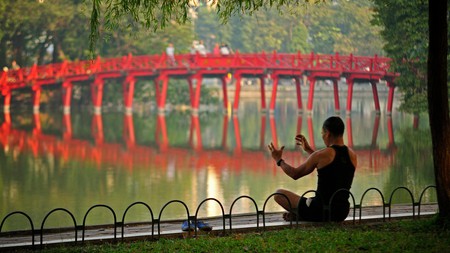 Hanoi is an Instagrammer’s dream, with beautiful architecture, parks and landscapes to snap. But if you really want to spice up your feed, you’ll need to know where to go. Here are the best places for photos in the city.

Enjoy an immersive exploration of Hanoi with a Local Insider as part of our expertly curated 12-day trip to Vietnam. Cameras welcome. 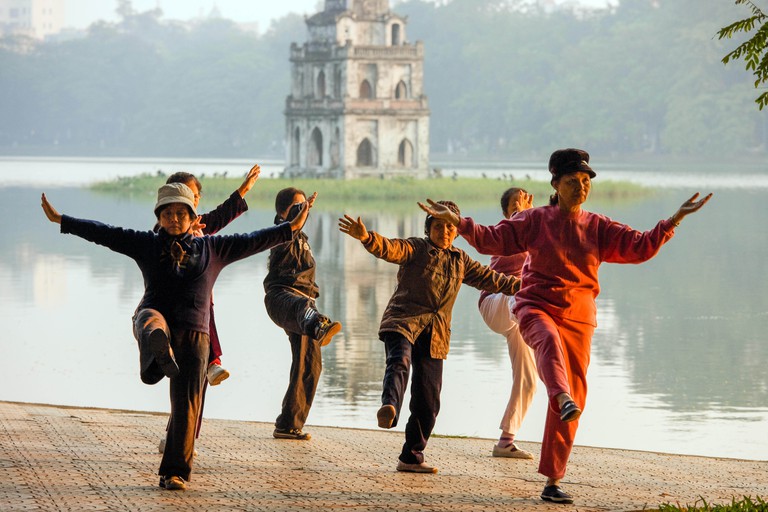 Just by the Old Quarter, Hoan Kiem Lake is a popular hangout for both locals and tourists. In the middle of the water is an island on which the Ngoc Son Temple stands, reachable via a pretty scarlet bridge. The scenic sight is often used as a backdrop for engagement photoshoots. 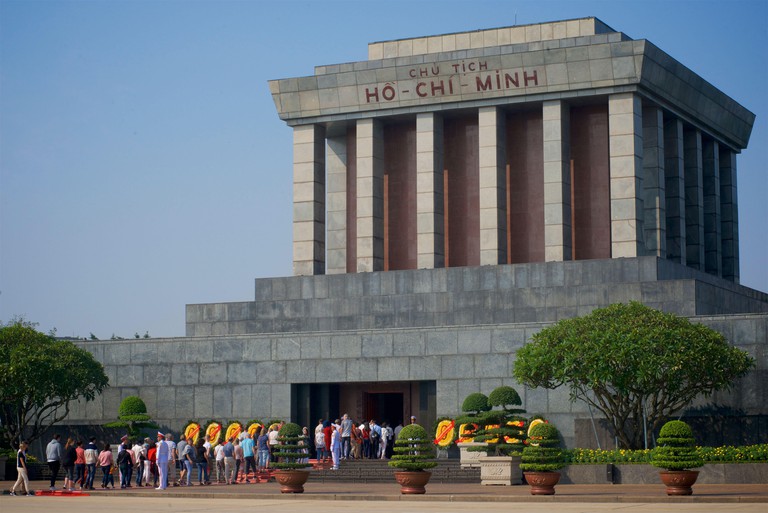 You will find the preserved body of Ho Chi Minh in a glass case at the mausoleum. While you can visit and pay your respects, you are not allowed to take pictures inside. However, there are plenty of opportunities nearby, such as the Bach Thao Park, Ho Chi Minh Museum and Ba Dinh Square. 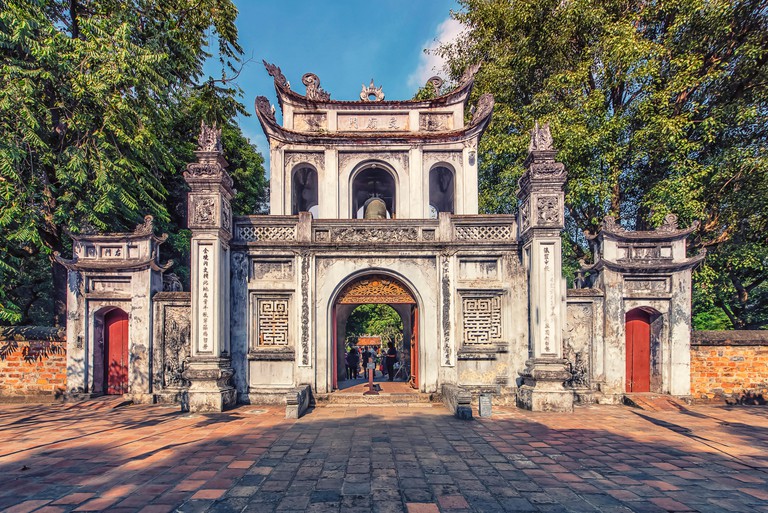 This is the oldest university in Vietnam. It was initially intended for noble families, but later took a more egalitarian approach to admissions. Built in 1070, it’s one of the oldest (and most beautiful) structures in the city. You can visit with Culture Trip on our specially curated small-group Vietnam adventure, led by our Local Insider. 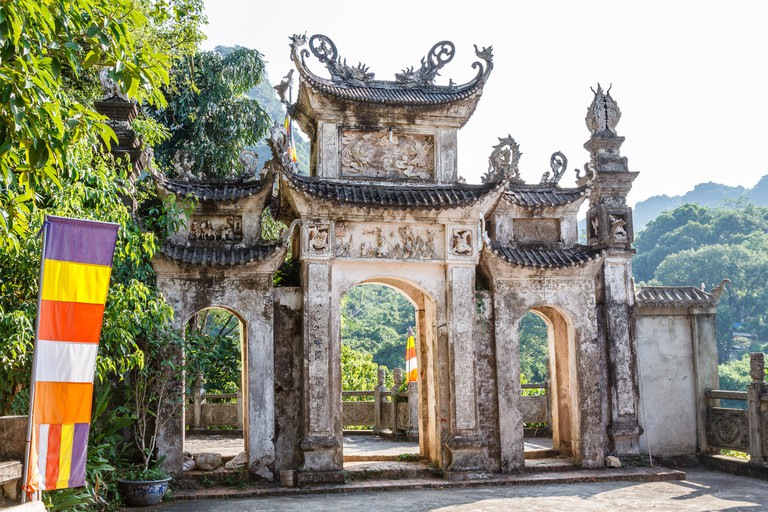 Huong Pagoda – locally known as Chua Huong (Inner Temple) – is part of a series of temples built into a mountain around the 15th century. To get there is an adventure, which includes a long boat ride and a rather arduous hike. Plenty of nature will surround you, giving you many opportunities to take beautiful pictures. 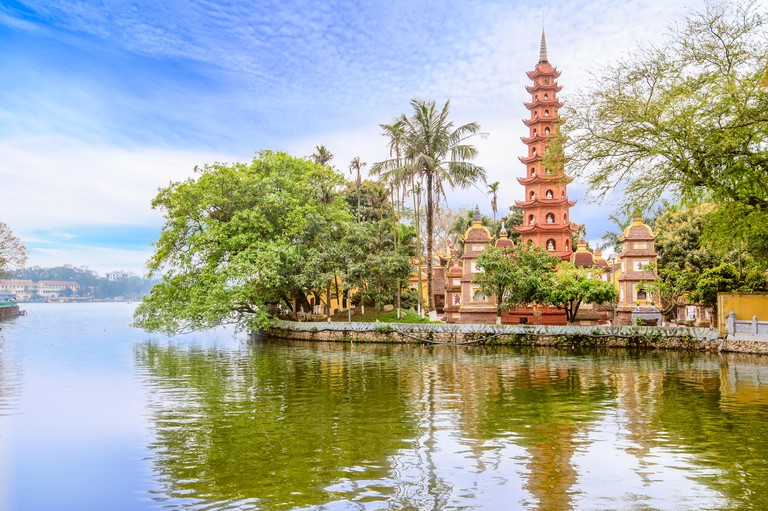 Tran Quoc Pagoda is one of the oldest pagodas in Vietnam, having been built in 541CE. It stands tall on an island within the West Lake and is surrounded by lush greenery, giving you the opportunity for a beautiful Instagram shot. 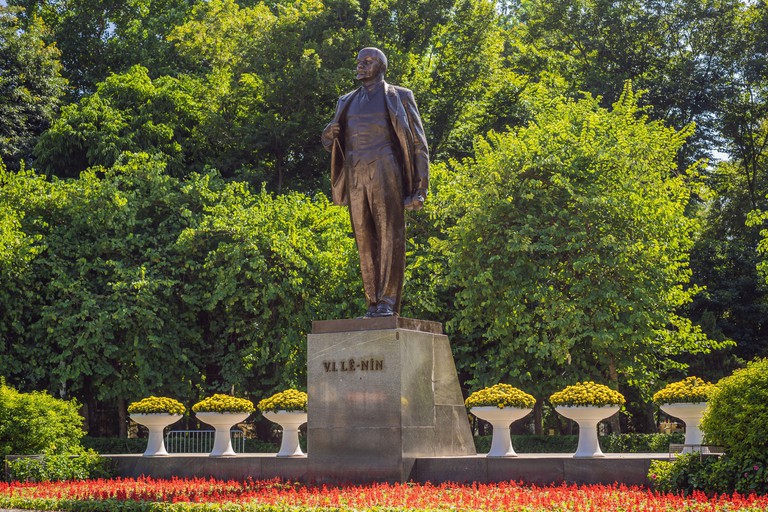 Offering respite from the bustle of the city, this garden has a giant statue of – you guessed it – Vladimir Lenin. It was offered by Vietnam as goodwill to commemorate his 110th birthday and makes for an impressive photo. 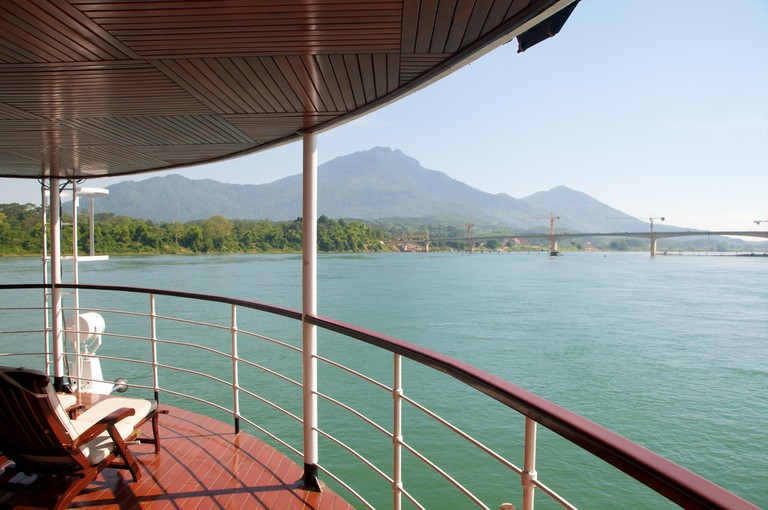 This nature reserve is home to glorious peaks, waterfalls, viewpoints and haunting French colonial structures now overgrown with weeds, including an old prison and church. 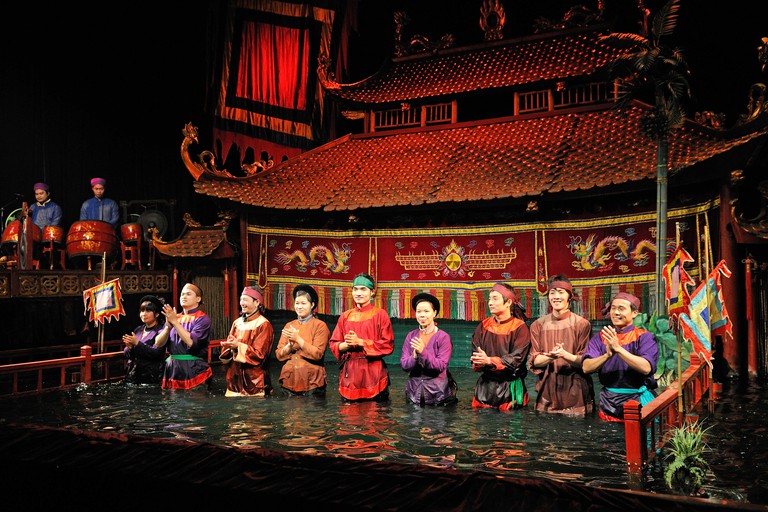 Watch as puppets dance on the water – elegantly controlled by puppet masters – re-enacting Vietnamese legends. You’ll smile, laugh and maybe even cry and definitely have a good time.

This beautiful steel bridge was built in 1902 by the French. It runs across the Red River, joining the Hoan Kiem and Long Bien districts. Be sure to capture it at sunset – it looks especially stunning at this time of day. 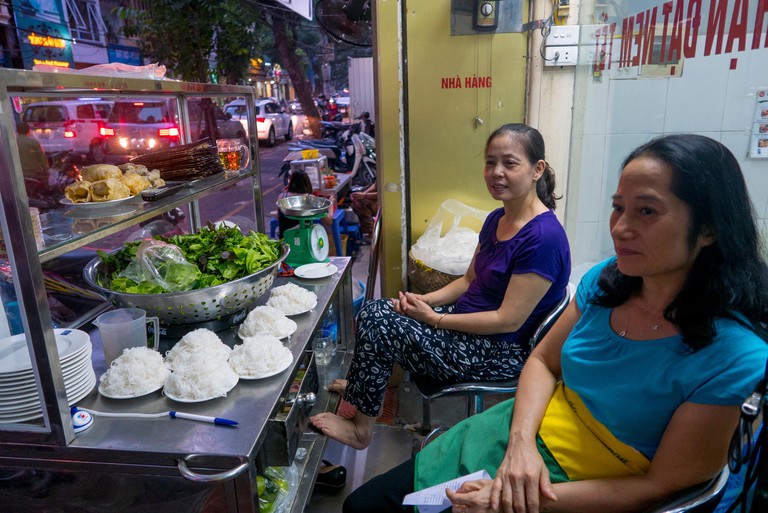 This restaurant shot to popularity when President Barack Obama was invited by American chef Anthony Bourdain to eat a local lunchtime favourite: bun cha. After they finished their meal, the table was left uncleaned and moved to a corner, where it is now enclosed in glass. The name of the restaurant changed too and they introduced a new item to the menu: the Obama Combo. It’s definitely Instagrammable – providing a humorous insight into the culture. 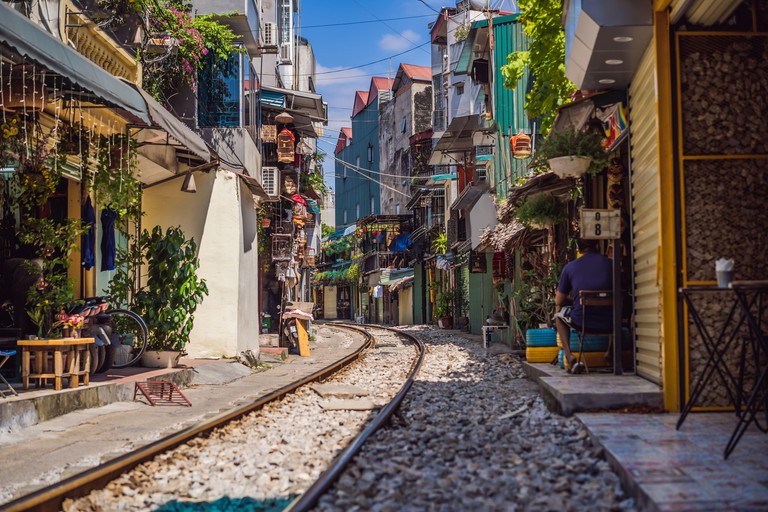 This is a narrow residential alley in the Old Quarter of Hanoi through which a train runs terrifyingly close to the houses. When a train comes, the residents pack up their lives in unison and move inside.