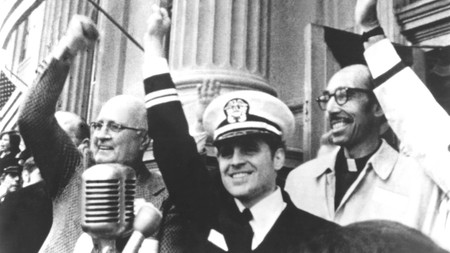 One of the most controversial, consequential and divisive conflicts of our time, the Vietnam War (1955-1975) inspired untold numbers of films, songs and books. Here are the 10 best documentaries on the war to help you try and understand what the Vietnamese people went thorough and how resilient they really are.

Winter Soldier is one of the first major documentaries about the Vietnam War, and was made before the war ended. It chronicles the Winter Soldier Investigation, a group of hearings that occurred in 1971, in which Vietnam veterans (including future senator and presidential candidate John Kerry) who opposed the war gathered in Detroit to testify against the atrocities they witnessed or committed against Vietnamese soldiers, unarmed civilians, children and prisoners of war. It is an essential record of what the folks who fought in the war went through and the nightmares the American servicemen had carried home with them.

This movie was made over a period of 10 years by filmmaker Barbara Sonneborn, whose husband was killed in action in the war. As a way of coming to grips with his death, she goes on a pilgrimage to the Vietnamese countryside where her husband was killed and explores the damage left behind from the conflict. She interviews widows in both Vietnam and America, asking them what it was like when they received the heartbreaking, life-altering news. This Oscar-nominated film honestly explores the meaning of war and loss on a human level, and the human damage left by a geopolitical dispute, long after it had ended.

A new addition to the ever-growing list of Vietnam War documentaries, The Vietnam war is a 10-part documentary directed by Ken Burns and Lynn Novick, taking a total of 18 hours to tell the epic story of the Vietnam War as it had never been told on film before. It’s visceral, immersive and has graphically violent installments, exploring the human dimensions of war through testimonies of nearly 100 veterans and witnesses from all sides, photographs and archival footage. The film has been hailed as a hard-hitting, raw account of the war and the players involved.

In 1965, US President Lyndon B Johnson said, “The ultimate victory will depend on the hearts and minds of the people who actually live out there,” as a way of justifying America’s ongoing war with Vietnam. By this he meant that the goal was to swat the “hearts and minds” of the Vietnamese away from the Soviet Union’s communist ideals. Daringly, Hearts and Minds unflinchingly confronted the US’ involvement in Vietnam at the height of the controversy that surrounded it.

This film came out a year before the end of the conflict, trying to win the hearts and minds of viewers over to the anti-war perspective. It uses a wealth of resources – juxtaposing interviews with military officials with newsreels to footage of brutal violence. Ultimately it got the job done, giving voice to the Vietnamese people caught in the conflict, those who were unseen and hidden within piles and piles of American propaganda.

This emotionally devastating documentary follows one of the many orphans who were adopted by American families towards the end of the Vietnam War through Operation Baby Lift. Heidi Bub, the subject of the documentary, later found out that her birth mother was alive. Heidi, who became estranged from the mom who raised her, goes back to Vietnam in search of her roots.

When they are reunited, her birth mother seems numb with loss, and then loves her daughter so much that she clings like the humidity in Da Nang. But what seems like the cue for a happy ending is anything but, as Heidi and her relatives are caught in a confusing clash of culture, leaving Heidi suffocated, overwhelmed, and looking to get out of there much faster than initially planned.

The Cu Chi tunnels are an elaborate system of underground tunnels built during French colonial times and then extended during the American presence, joining village to village, often passing beneath American bases. They played a huge role in Vietnam winning the war. It was said that if the Cu Chi system fell, Vietnam would’ve fallen as well.

Cu Chi is the story of what life was like underground, as troops and civilians cooked, ate, slept, went to school, entertained (dances, performances) and essentially lived their lives underground. The stories are told by those who lived the experience — a surgeon, an artist, an actress, an engineer and a few survivors of the guerrilla band who left the tunnels each night to fight against an enemy of vastly superior strength.

On March 16th, 1968, one of the deadliest massacres in history happened on Vietnamese soil, in My Lai. There were 504 innocent villagers killed by US soldiers — children and women were raped, cattle were slaughtered, houses burned and crops destroyed. The only few courageous enough to stand up to orders and go against their own people, essentially stopping the massacre, were Hugh Thompson and his crew, Glenn Andreotta and Lawrence Colburn.

In this two-part series, Robert Hodierne, an American military journalist, pieces together through archival recordings and interviews with the victims and perpetrators the horror and barbarism that swept through the village. The My Lai Tapes are records not only of the atrocities that were committed, but also of the heroism that took place that day. They are essentially records of how war can bring out not only the worst in people, but also the absolute best.

Front Line is an account of the Vietnam War as seen through the camera of Neil Davis, a news-cameraman who spent 11 years documenting the war with minimal regard for his own safety. He worked at the extreme front-line, capturing memorable images of the brutalities of war, and was the only Western journalist to film the fall of Saigon — when the north Vietnamese communist tank crashed through the presidential palace.

Whether he was simply interviewing young veterans about why they were fighting miles away from home, or crossing enemy lines to become their friends and gain insight into the Viet Cong perspective, David was the king of war correspondents.

Agent Orange is a powerful herbicide containing the deadly chemical dioxin, that was used by the US military forces during the Vietnam war to eliminate forest cover and crops, exposing north Vietnamese and Viet Cong troops hidden in the foliage. It was later proven to cause serious health issues — including cancer, birth defects, rashes and severe psychological and neurological problems. This affected not only the Vietnamese, but also the US servicemen returning home and their families.

Through Their Eyes explores the devastating impact Agent Orange had long after the conflict ended. It follows a Vietnamese-American filmmaker as she travels from the north to the south of Vietnam, visiting families affected by the dioxin poisoning from the Agent Orange herbicide, as well as those knowledgeable on the topic and bettering the situation through their work. A great follow-up book is Bare Feet, Iron Will by James G. Zumwalt.

The Hanoi Hilton was the name given to Hoa Lo Prison in Hanoi by the American prisoners of war held, tortured and killed inside. This is also where future senator, John McCain, was held.

In 1973, 591 of these POWs returned home from the Vietnam War. The Hanoi Hilton explores not only the harrowing tales of survival they brought back with them, but also a secret – a feat of incredible spy craft that had remained classified for decades. It follows the story of James Stockdale (1992 Vice Presidential candidate) and his fellow prisoners, and their clandestine communications with US intelligence that alerted the CIA about the horrors going on within the walls of the prison, which prompted a top-secret rescue mission.