The 10 Best Places to Live in Vietnam 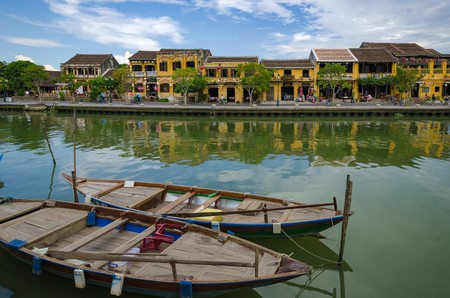 Vietnam is one of the best places in Asia for expats to live abroad, and there are plenty of reasons as to why. For pennies on the dollar, you get a year-round tropical climate and access to modern comforts and conveniences. Here are the best cities in Vietnam for expats to live.

Ho Chi Minh City is the largest city in Vietnam and is home to about eight million people, many of whom you will come across in the daily hustle and bustle. The city is complete mayhem, yet organized, making it perfect for those who enjoy big urban cities. The city never sleeps, with shops open 24 hours, and nightlife with beer as cheap as 0.30 USD per bottle. There are 12 districts, each with awesome residential areas, plenty of dining and drinking options, parks and recreational activities, and other necessary things expats look for: easy transport (Uber and Grab!), shopping malls, hospitals, schools, banks, etc. An underground train system connecting all districts is being built. The city is very international, with a large expat community that you can get familiar with by joining the HCMC Expat group on Facebook. You can survive on about 600 USD per month, excluding rent. If you get tired of the constant honks and horns, there are fast getaways around the Mekong Delta, Mui Ne, Phu Quoc, Da Lat, and Vung Tau. Visa runs to Cambodia can be done in one day. 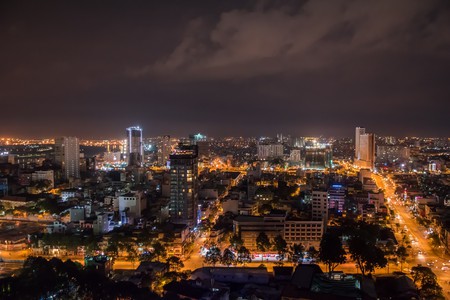 Hanoi may have less of a cosmopolitan flair than Ho Chi Minh City in the south, but it’s definitely a more cultural hub. The weather is cooler here, plus you get easy access to all of the gorgeous northern provinces of Vietnam, such as Sapa, Ha Giang, Cao Bang, Mai Chau, Ninh Binh, and Ha Long Bay. The cost of living is similar to that of Ho Chi Minh City and you get a lot of the conveniences of the southern city as well, with plenty of shopping and dining options, parks, nightlife, and easy travel from one place to another. The expat community is also friendly, and most are spread around Tay Ho or Dong Da District. 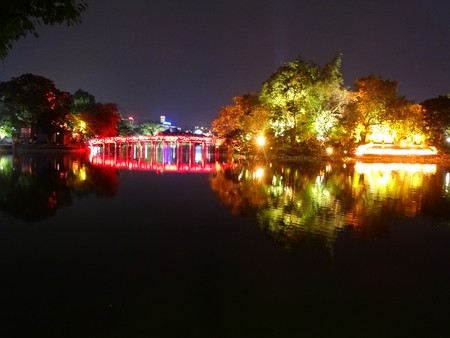 Da Nang is Vietnam’s third largest city and is home to a population of over 1.3 million. It has recently been voted as the most livable city in Vietnam, and it’s shockingly clean and organized. The best part is that it has all three features people often look for: mountains, beaches, and urbanization. You’ll never be bored, and there are plenty of things to do, see and travel around, especially the gorgeous Ancient Town of Hoi An that makes a fantastic retreat. The expat community here is tight knit, growing daily, and just like in the other cities, you will find them on a related Facebook group. This city is great for digital nomads with foreign incomes, as you can live like a king—the cost of living is only around 500 USD . 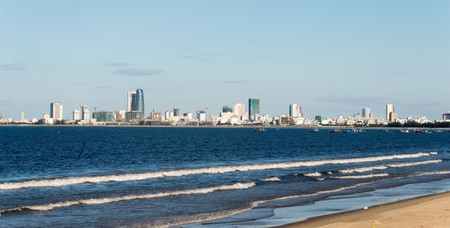 Nha Trang is another gorgeous coastal city, home to around 400,000 people. It’s mostly a tourist town, full of high-rise resorts and is known for being the diving capital of Vietnam. It’s great for someone looking to retire with plenty of sea, sand, and sun. Mountains on one side, beaches on the other, and only four hours away from Da Lat by bus, you will have plenty to explore in the nearby vicinity. The nightlife is awesome, there are supermarkets and plenty of dining options, and the best part is that it’s actually a rather quiet coastal city, with less chaotic traffic, and a pleasant climate. Popular for Russian expats!

Hoi An is another great place to retire to. The Ancient Town is so beautiful you’ll want to walk around and explore every single lantern lit alleyway. Each yellow tea house here has its own story.

Hoi An is also famous for the Tra Que Vegetable Village, the first organic vegetable village in the country, where all the herbs and veggies found in the dishes in Hoi An are grown. An Bang and Cua Dai beaches are not far away either. If you’re missing out on the urban life in Hoi An, just remember that Da Nang is only a 30-minute drive away. Settling in Hoi An is not hard to imagine. Picture yourself in the grassy countryside, sitting in the patio of a beautiful newly-built Vietnamese house by the river and some pet water buffalo grazing around. It’s a romantic town, great to live in with your significant other when your children have gone off to college. You can easily get by on about 400 USD per month.

Now we stray away from the popular options. Sapa is for the true wanderer. The city doesn’t have much going for itself—it’s an old French colonial town, with a few restaurants, cafes, and homes, surrounded by mountains, lakes, cascading rice terraces in all shades, and beautiful ethnic villages. While the town itself is rather touristy, we suggest you should live outside of it. What’s special about Sapa is basically everything else. Explore the area, build a homestay by hand from scratch, and truly experience what it’s like living in the mountains. You’ll be hunting for your own food, growing your own crops, and drinking yourself to sleep thanks to all that homemade rice wine. 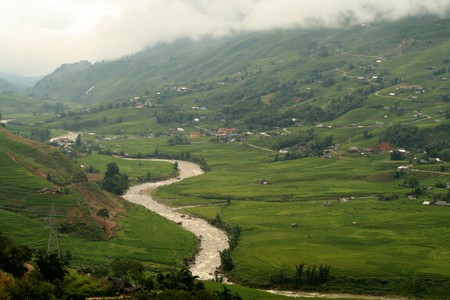 This is not a very popular option, however it is gaining more expats. Ha Long City is where you find the spectacular Ha Long Bay, the number one visited spot in Vietnam by tourists. This is not a busy city, and there may not be many things to do. But it’s a great place to escape the chaos. Not only do you have a plethora of islands to explore at your reach, but Hanoi is only a four or so hour bus ride away. Ha Long City is great for someone looking to explore some nature, while doing a job such as teaching English.

Da Lat, set at an altitude of about 5000 feet (1500 meters), is what the French colonists used as a cool retreat from the heat and humidity of Vietnam. Da Lat has year-round cool weather that is extremely welcoming. Not only that, but there is good food, and plenty of nature.

The town is picturesque with colorful French-influenced architecture. You will find an okay nightlife, a good handful of restaurants that you will find yourself returning to time and time again, gardens, parks, and supermarkets. The coffee scene here is wonderful, with many plantations and something you can start up if you know what you are doing.

Mui Ne has a population of around 300,000, and is a nice little coastal city in the south, offering beaches, resorts, and sand dunes. You can make what you want of it—a luxury escape, or something more humble, as it can cater to both. Start a beach side bar, with games, books, live music and soul food, and you’ll win at life. You’ll make a good living that way and meet some awesome people. During your free time, you can partake in some kitesurfing, as this town is known to get some awesome wind swell.

The number one getaway in south Vietnam is undoubtedly Phu Quoc Island, sitting pretty just off the coast of Cambodia. Not only is it surrounded on all sides by beach, but it is also mountainous and densely forested, especially in the northeast, where you find the gigantic Phu Quoc National Park, mostly used for research. If you are a beach bum and would like a little beach house or to spend your day doing beach-related things, then this is ideal. The town has nothing much to do, just some bars here and there, a market, and some restaurants. The national park is also great for hiking, camping, and exploring. You will spend some of your days lazing out at the beach, reading stacks of books, and other days on a motorcycle exploring the island and finding hidden gems. It will be adventurous, yet relaxing at the same time. A 40-minute flight to Ho Chi Minh City will cost you about 30 USD, so remember, the city is not too far away. 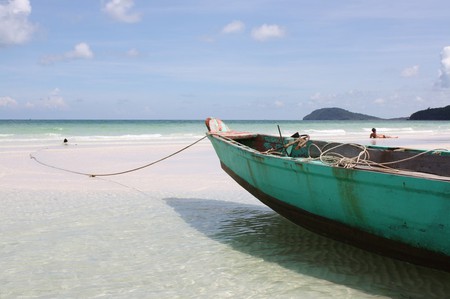