The 10 Best Places to Go Camping in Vietnam 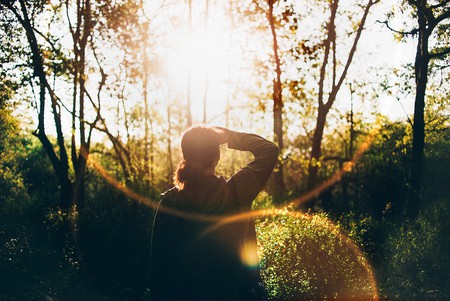 Vietnam is not only known for coffee and delicious cuisine, but also its spectacular scenery. From lush mountains to translucent lakes, camping in Vietnam is unlike anywhere else on Earth.

Pack your camping gear, a camera and an adventurous spirit. From the north to the south, these 10 campsites in Vietnam will capture your heart and soul – leaving you never wanting to return to the city.

Located in the northeastern region of Vietnam, you can get to Mù Cang Chải after a considerably long ride from Hanoi – which means it’s as remote a place as there is. Mù Cang Chải is known for its stunning landscapes, full of rice terraces dotted with tiny villages of ethnic minorities living in the region. The best time to go camping here is between September and November, when the rice terraces turn yellow and the buckwheat flowers are blossoming. On your way, make sure to ride over the Khau Phạ pass. Camping is possible anywhere, but do give the local authorities prior notice.

The major attraction at Tà Xùa is the magnificent view of a sea of clouds from the summit, Đỉnh Gió (Windy Peak). To get up there you must pass through the Dinosaur Spine path, on which both sides are surrounded by a deep abyss. The weather is most supportive from October to April.

Tà Xùa can be a little hardcore for amateur cloud hunters, so a good alternative is Suối Vàng in the central highlands. With cool weather all year, this spot is ideal to set up camp for the evening and wake surrounded by clouds. The scenery is magical. Make sure to pack a jacket and sweats as you don’t want to be shivering through the night. 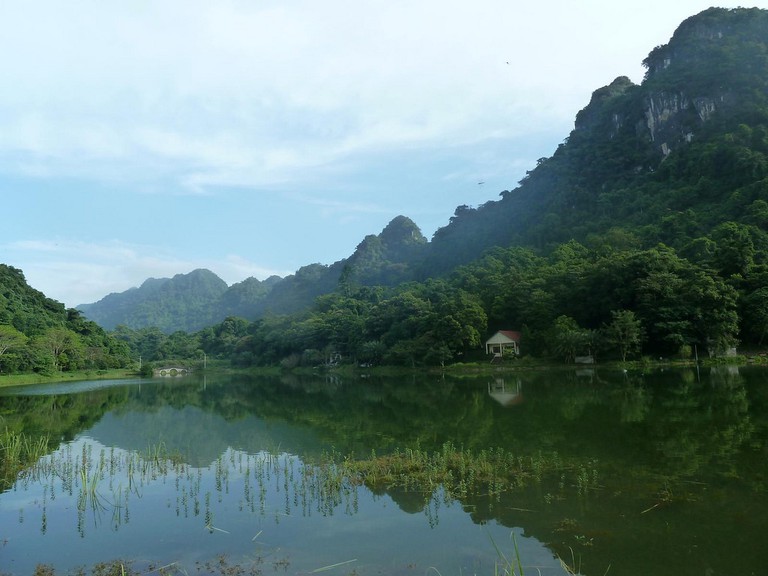 Cúc Phương National Park has borders over three provinces, and the majority of it is in Ninh Bình, a city known for its beautiful karst topography. The park is made up of endless mountains and full of fun activities such as canoeing, bird watching, hiking and cave exploring. A couple of carefree days here should suffice.

Phong Nha-Kẻ Bàng National Park is known mostly for housing Sơn Đoòng, the world’s largest cave. Camping in Sơn Đoòng is a once-in-a-lifetime opportunity. It will set you back around USD $5,000 and since the government only issues 500 permits per year, expect a waiting period of about two years. Inside the cave, you will come across jungles, rivers, and organisms still yet to be identified. The expedition is not easy either and requires that you are extremely fit, as parts of it will include abseiling, climbing, crawling and swimming, taking a total of five days to get through the whole cave. Oxalis is the only company allowed to run expeditions into this cave, as it is still mostly used for scientific research.

Trung Lương campsite is 18.6 miles (30 kilometers) away from Quy Nhơn city, having the advantage of being located on a pretty beach surrounded by beautiful nature. Buy some fresh seafood on the way, start a fire and barbecue the night away. The following morning, spend the day exploring the corals underwater. You may want to reserve your camping spot in advance as the area is quite small and spots may run out. 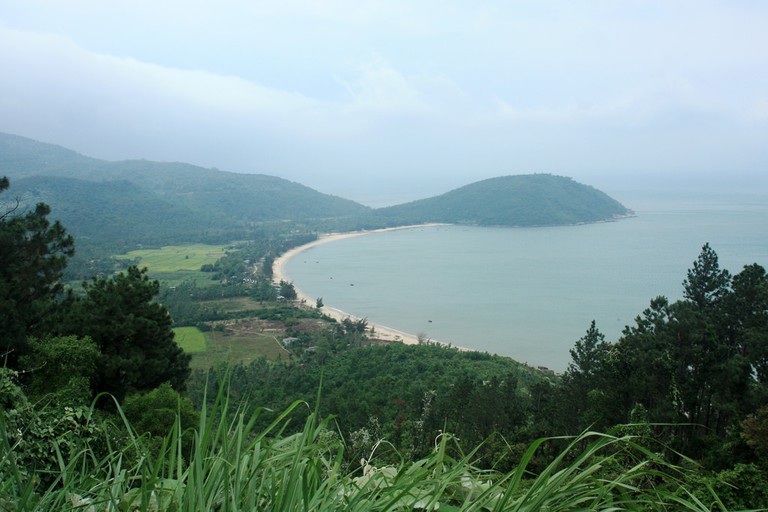 The Hải Vân Pass is one of the most beautiful passes in Vietnam, with serpentine roads leading away from the coast into the mountains. The pass connects the two cities: Da Nang and Hue, and played a crucial role during the Vietnam War, helping the Viet Cong transport food and weapons from one end of Vietnam to the other. At the top, nearby the Hải Vân Gate, you can set up camp. Even if you aren’t a morning person, make sure to wake early to catch the breathtaking sunrise from up there – and then take a bath in the waterfall and lagoon to really wake up.

Cù Lao Xanh, a small island in Quy Nhơn, is known for being surrounded by clear turquoise water and dense with greenery. Snorkeling, swimming, barbecuing by the beach and sunbathing are just a few ideas of activities while camping here. Avoid this place during July and August, when storms are present. November till January are also not ideal.

173 miles (280 kilometers) from Ho Chi Minh City, Tà Đùng is a nature conservation area, located in the central highlands of Vietnam. In the middle of the region is the gorgeous Tà Đùng lake, with a small islet in the centre. You can boat your way over and set up camp. If you are patient enough, bring your fishing gear and catch some dinner.

Open In Google Maps
Vietnam
Give us feedback 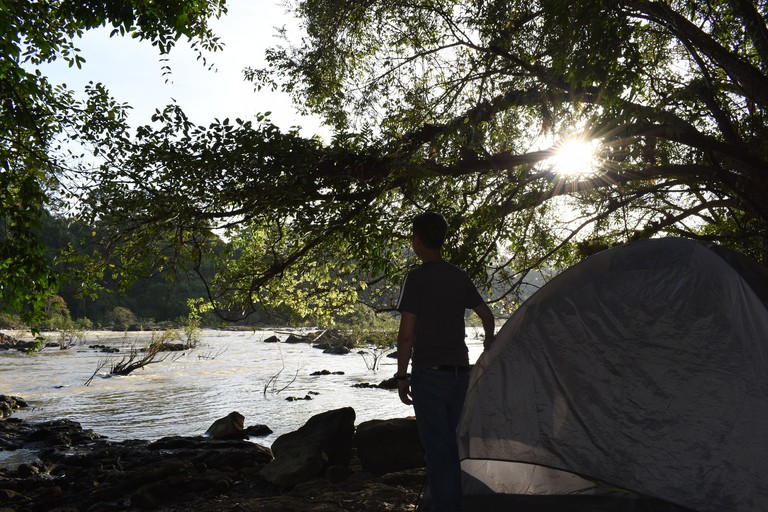 Nam Cát Tiên National Park is so large it spans three provinces: Đồng Nai, Lâm Đồng, and Bình Phước. From Ho Chi Minh City, you can easily reach here by motorbike or by taking a bus. Protected by local authorities, you can expect a clean and fresh getaway. Head over between December and May – this is the dry season in the south and you won’t have to deal with the rain. As this is a protected area, please call the authorities in advance.