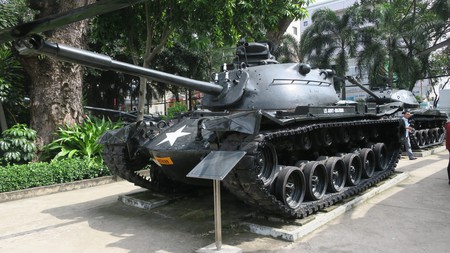 The Vietnam War was a defining event of the 20th century, and even now, over 40 years later, it still haunts many. Vietnam is a peaceful country these days, but war has left deep wounds on this nation and its people. Here are the best places to learn about the conflict. 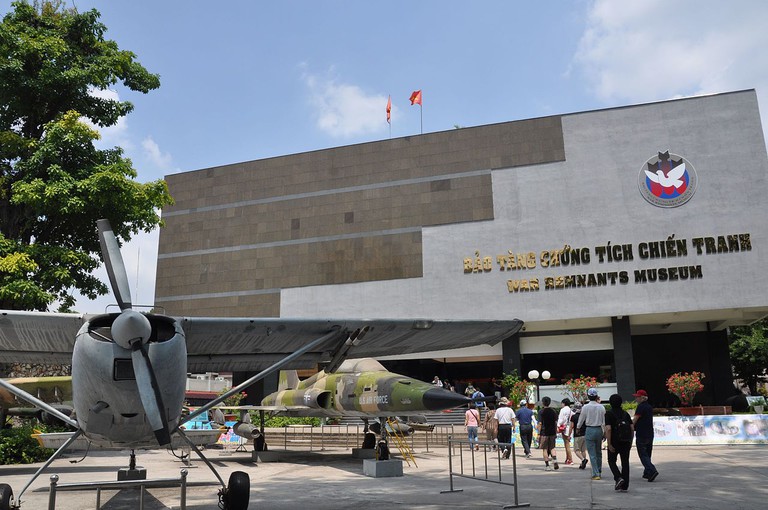 This is an absolute must for history buffs who visit Ho Chi Minh City. The military hardware on display brings the conflict to life, and the images inside speak of the horrors of war. This museum was originally built to showcase American atrocities, but the government has since eased its message. Now they want nothing more than a lasting peace for Vietnam.

Book Now
Americans will know this museum by its famous nickname: The Hanoi Hilton. The original prison held Vietnamese prisoners who were campaigning for independence from the colonial French. Later, during the war with the American-backed regime in Saigon, the north held prisoners of war here – most famously, American Senator John McCain. Today, only the gatehouse remains, converted to a museum to show this site’s tortured past.
Open In Google Maps
1 Hoả Lò, Hà Nội, Vietnam
+842439342253
Visit Website
Give us feedback

Book Now
While the claustrophobic among you may want to avoid this excursion, it’s definitely one of the best day trips from Ho Chi Minh City. These tunnels are a visceral example of the kinds of sacrifices that people made during the war. You definitely won’t forget this experience.
Open In Google Maps
Đường Tỉnh Lộ 15, Phú Hiệp, Thành phố Hồ Chí Minh, 733814, Vietnam
+842837948830
Visit Website
Visit Facebook page
Give us feedback 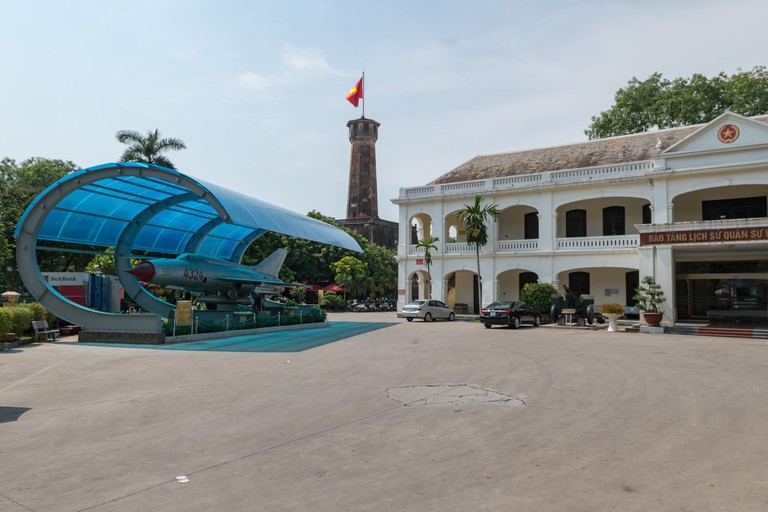 The equipment on display at this little museum is fascinating, from tanks to old jet fighters and pretty much every gun ever fired in this country. The propaganda is a bit strong, but that’s to be expected. Finish your visit with a trip up the old tower for a fantastic view of the city. 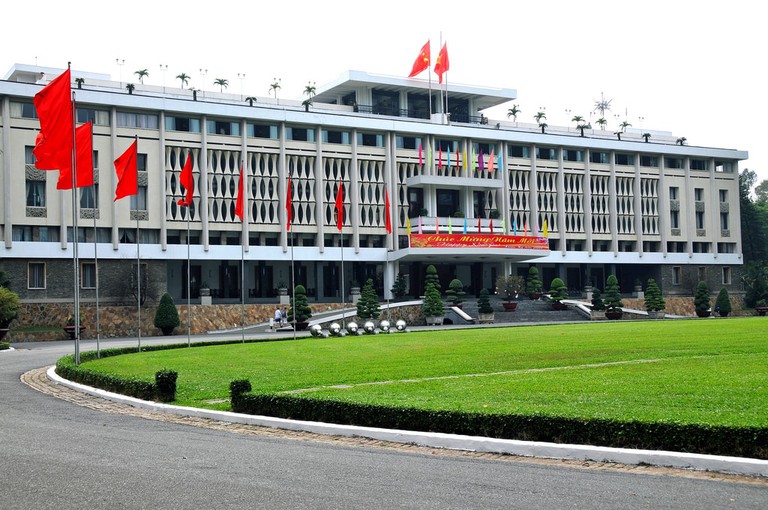 This building was where the South Vietnamese government operated from during the war, and it has been remarkably well-maintained. You can see where foreign dignitaries were hosted, as well as the bomb bunker in the basement where the military leadership communicated with its forces. Even the maps are still hanging on the walls. 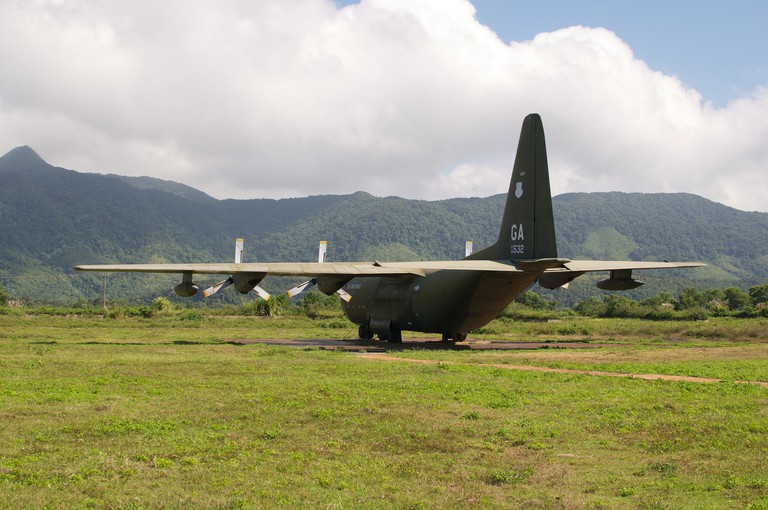 During the Tet Offensive in 1968, this combat base, located near the demilitarized zone north of Hue, was a name known around the world. It was a pivotal battle between American forces and troops from the north who slipped in through nearby Laos. Though much of the base has been lost to the jungle, there are still bunkers and part of the original air strip to see, as well as some American military hardware. 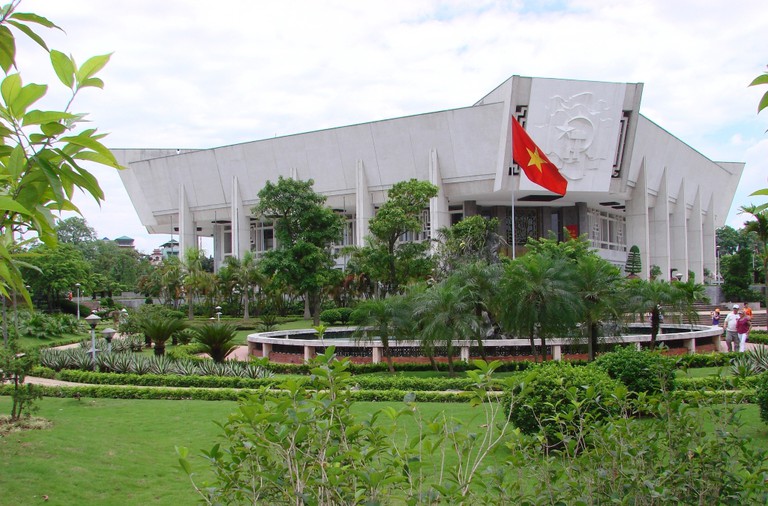 © Adam Jones / Flickr
The life of Ho Chi Minh is the story of modern Vietnam. He is Uncle Ho, the revered figurehead of this country, and the face of national independence. This museum showcases his life, accomplishments and some of the coolest Soviet era art you’ll ever see.
Open In Google Maps
19 Ngọc Hà, Hà Nội, 10000, Vietnam
+842438463757
Visit Website
Give us feedback

These islands off the southern coast of Vietnam are some of the most beautiful places in the country, but they were also home to torture, abuse and politically-motivated executions for much of the last century. The French were the first to build and use these prisons, but the American-backed regime in Saigon also used them to hold captured soldiers and other political prisoners, including Võ Thị Sáu, Vietnam’s famous guerrilla girl. 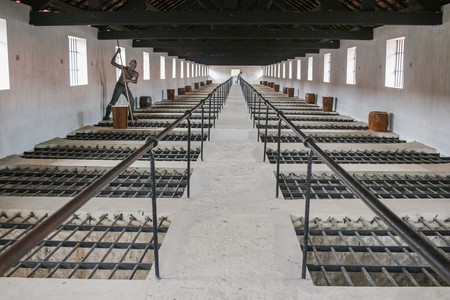 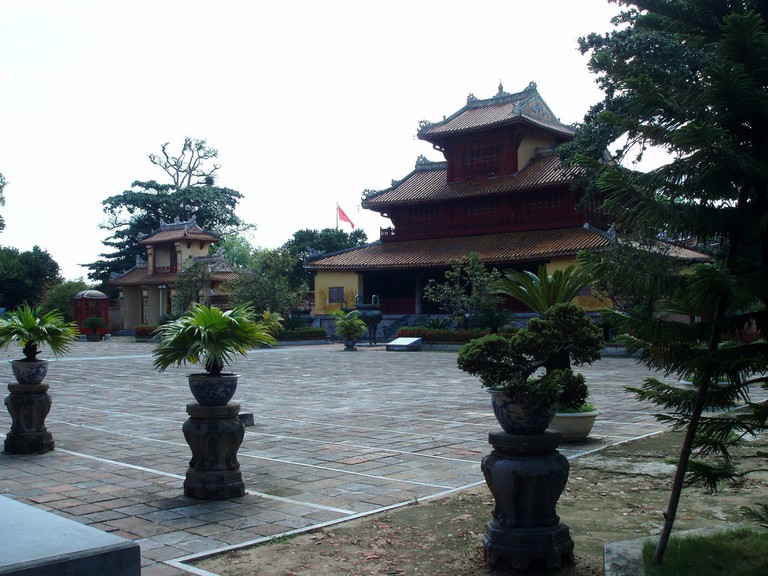 Parts of the Imperial City in Hue | © Adam / Flickr
This historic site, which predates the Vietnam War by many years, was where one of the fiercest battles took place during the war, known as the Battle of Huế. Probably the most telling part of the Imperial City, aside from the bullet holes in the walls, is just how many of the original structures American bombers destroyed. The large empty spaces are a testament to how much was lost in this war.
Open In Google Maps
Thành phố Huế, Thừa Thiên Huế, Vietnam
Give us feedback 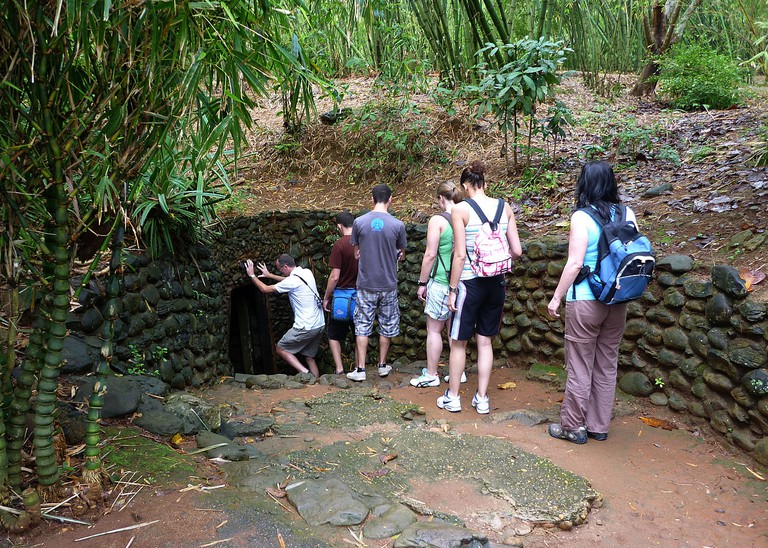 Entrance to Vinh Moc Tunnels | © LÊ TẤN LỘC / Wiki Commons
Whereas the more famous Củ Chi Tunnels were used for military purposes, the tunnels at Vịnh Mốc were used by civilians. Approximately 300 people lived and worked in this multi-tiered system of tunnels for over six years, staying underground to avoid American bombers. Trips here are often included as part of a package to other popular DMZ sites, such as the base at Khe Sanh.
Open In Google Maps
Quảng Trị Province, Vietnam
+842333823238
Give us feedback