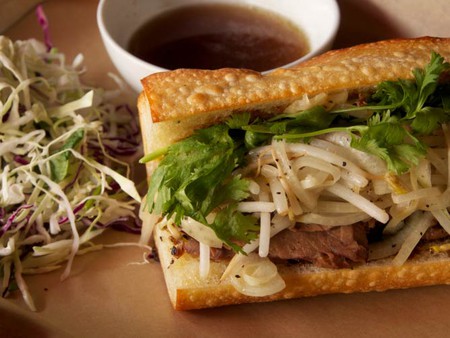 Fresh, flavoursome and immensely satisfying, a bánh mì is a good idea at any time of the day or night. This Vietnamese sandwich has gained worldwide popularity in recent years, but where better to enjoy it than in the country’s capital? Read on to discover where the best of the best can be found in Hanoi.

The origin of the bánh mì can be traced back to the French-style breakfast platters that were popular during Vietnam’s colonial era. Crusty baguettes, processed meats, pickled vegetables and pate were served individually until the late 1950s. The modern bánh mì was created in Saigon when the Le family, refugees from the north and owners of a small restaurant in District 3, began putting the ingredients inside the baguette so that the meal could be enjoyed on-the-go. They also increased the vegetables-to-meat ratio to create a much more affordable sandwich. These simple alterations proved to be revolutionary, leading the bánh mì to fast become the breakfast fare of millions. Today, bánh mì carts are ubiquitous throughout Vietnam. For Hanoi’s finest, head to one of the following. 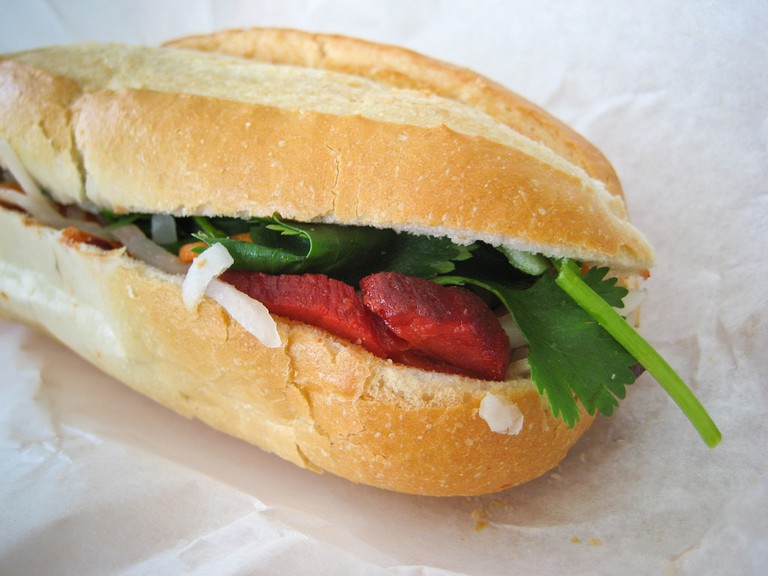 One of Hanoi’s best-known sandwich spots, Bánh Mì Tram delights hungry customers daily with its deconstructed bánh mì. The baguette and fillings are served separately, leaving it up to patrons to decide whether to assemble their sandwich or enjoy the ingredients on their own. It’s also famed for its signature sauce, which has achieved legendary status in the capital. The shop has maintained its popularity for over 20 years and shows no sign of slowing down; the plastic stools are only ever vacant after closing time. 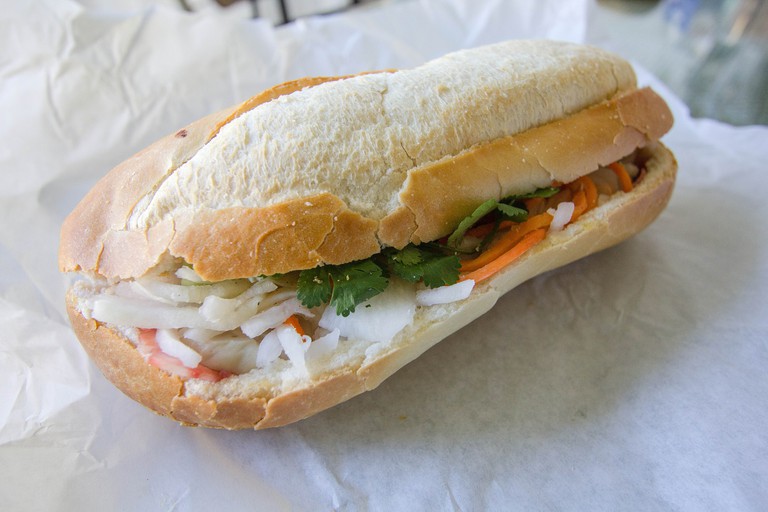 The staff at this adorable little restaurant will make you feel right at home as they serve up thoroughly excellent pork floss bánh mìs. This dried, shredded pork has a fluffy, cotton-like texture and is a popular ingredient in Vietnamese cuisine. Located in Hanoi’s beautiful old quarter, Bami An Bread oozes charm with its handwritten menus and cosy interior. There’s a superb range of smoothies and juices on offer to accompany the delicious sandwiches, or a few beers if you’re after something a little stronger. 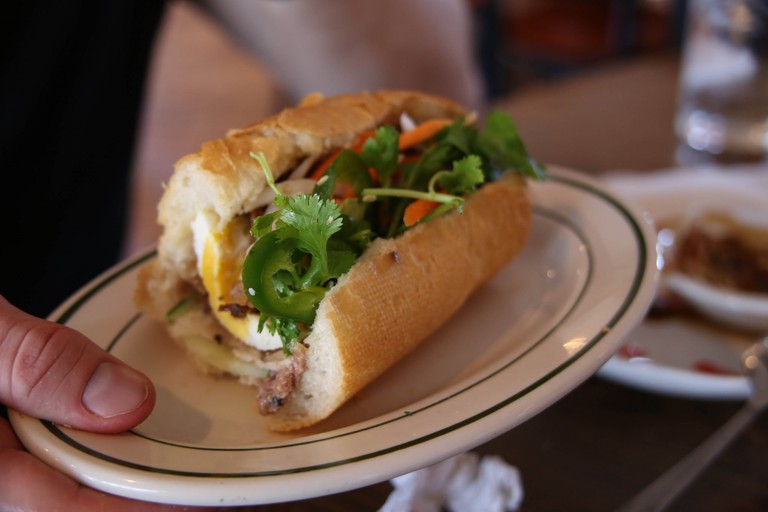 Not exactly your traditional bánh mì shop, Duc Long offers sandwiches that are a fusion between the Vietnamese staple and a Turkish kebab. This sandwich style has become popular across Hanoi but Duc Long’s is undoubtedly the best. Each baguette is stuffed full of pork doner meat and pickled vegetables then slathered with chilli sauce (optional, fear not) to create the perfect end-of-the-night snack. 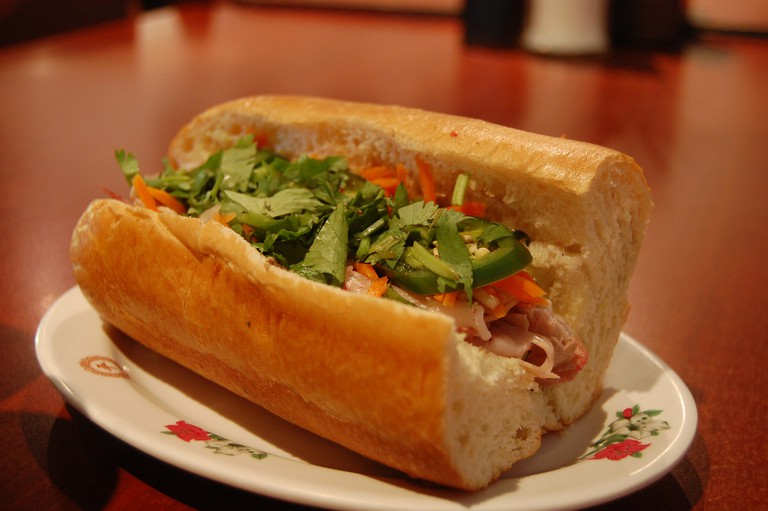 Fans of the British chip butty rejoice – Hanoi is home to French-fry-filled bánh mìs, known as bánh mì nem khoai. Although they’re now a fairly common sight in the capital, the original – and best – sandwich was created at 6/28 Huong Vien for hungry students seeking an after-school snack. It might not be the healthiest of options but this enormous sandwich is comfort food at its absolute best. The carb-fest will only set you back around 20,000 dong (a little under a dollar) and it’ll fill you up all day. 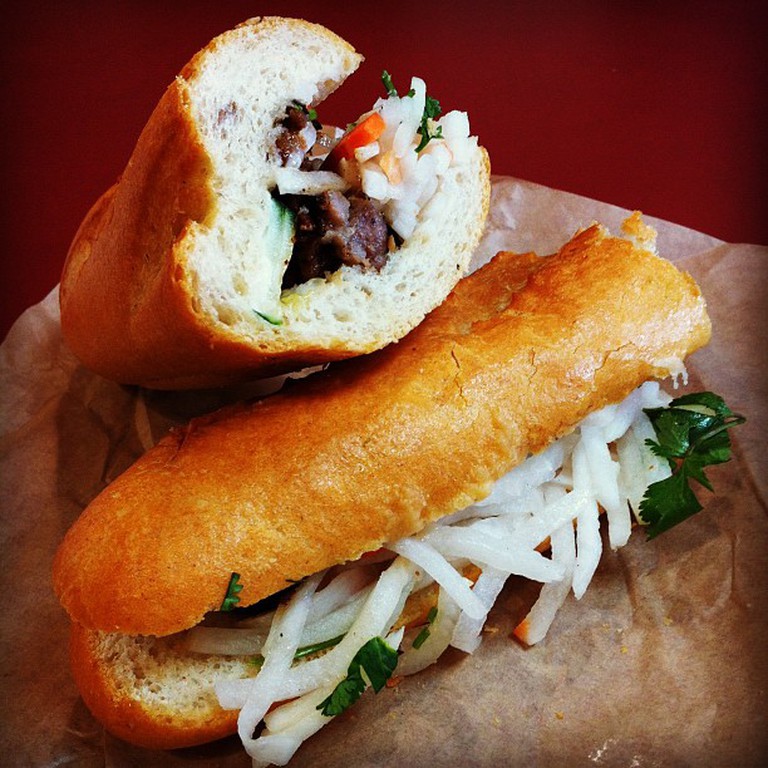 Banh Mi Minh Nhat achieved widespread recognition after owner Minh Nhat won Vietnamese MasterChef in 2014, and it has been thriving ever since. There are four different types of bánh mìs on offer and they’re each served with a refreshing glass of iced tea and a banana. Located just opposite the Hoan Kiem Lake, Banh Mi Minh Nhat is the perfect place to enjoy a sandwich with a view. 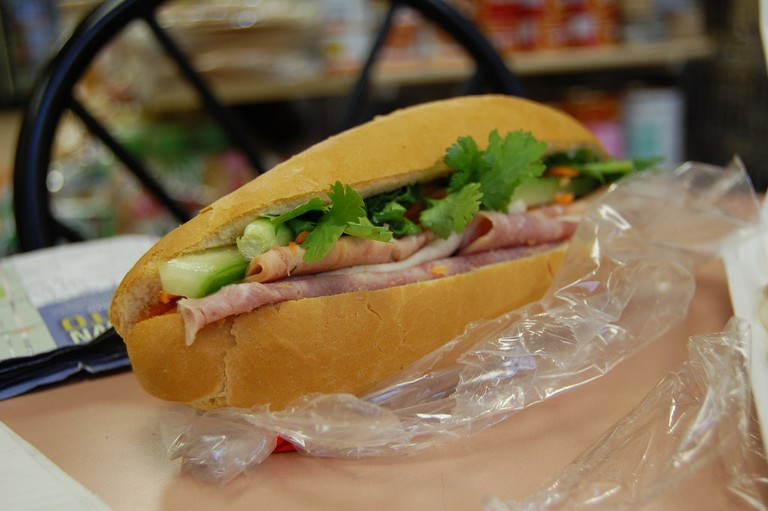 The seemingly never-ending queue outside Banh Mi 25 is a testament to the fact that it is one of Hanoi’s most beloved bánh mì spots. Inside, the shop’s bright yellow walls and a jumble of quaint, colourful furniture create a cheery and welcoming atmosphere. The bread is always served fresh and warm, and the wide range of fillings includes numerous vegetarian and vegan options, so there’s something to suit everyone. 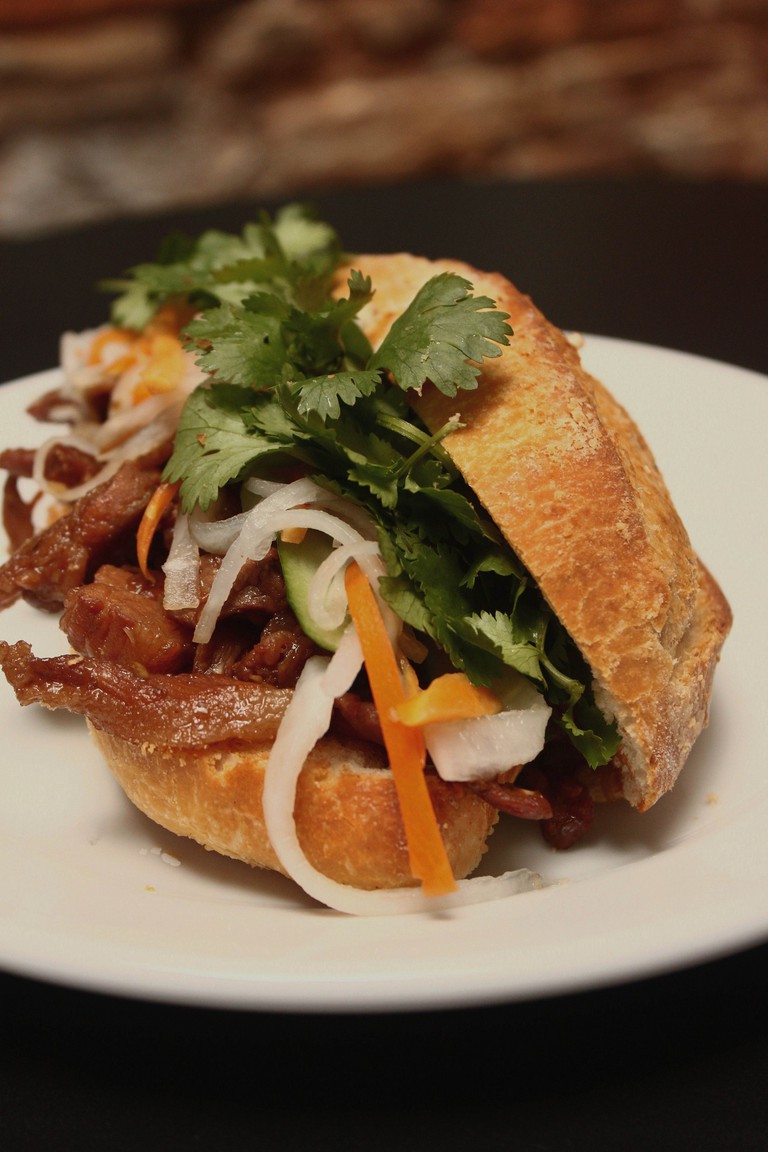 This restaurant is particularly renowned for its tender grilled beef filling which is thinly sliced and seasoned with lemongrass. Located close the Hoan Kiem lake, this cosy spot is the perfect place to huddle up with a trusty bánh mì on a rainy Hanoi afternoon.

The one and only bánh mì sandwich | © AS Food studio / Shutterstock

Stop and ask a Hanoian where to find the tastiest bánh mì in the city and they’ll probably point you in the direction of Banh Mi Pho Hue. This family-owned shop has been serving up its incredible bánh mìs since 1974, making it one of the oldest in Hanoi. Their single sandwich is filled with pork floss and deli meat, then covered with pork-chilli gravy. This simple recipe hasn’t changed since the shop opened, and hopefully it never will. 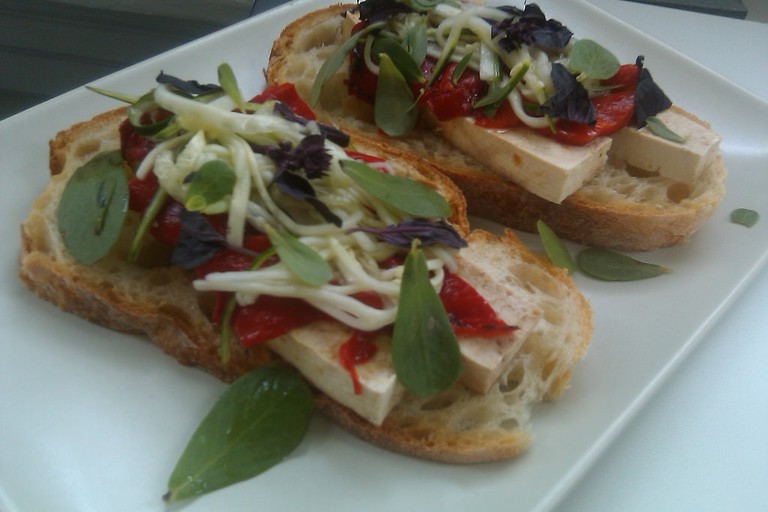 Hanoi is also home to a vegan bánh mì joint. Instead of the traditional processed meats and pork pate, bánh mìs here are filled with mock meat, nut pate and vegan garlic mayo. This mouth-watering sandwich will delight vegans and non-vegans alike, and at just 15,000 dong per sandwich (about half a dollar) it won’t make a big dent on your wallet either.