Take a Hike: The Best Walking Trips From Hoi An 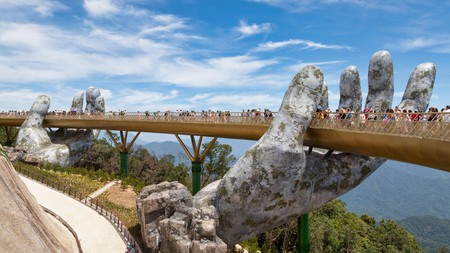 While the busy streets of Hoi An have plenty to offer, sometimes a spot of fresh air is just what’s required. Harry Menear takes us for a walk, highlighting the best of the countryside near Vietnam’s beautiful yellow city.

Vietnam’s cities are crowded and overflowing with sights, sounds and smells. It can be a little overwhelming. After a week spent weaving through crowds and dodging scooters piled high with livestock, it’s a perfectly understandable impulse to want to head for the hills.

With its picturesque Ancient Town, gently bobbing sampas and white sand beaches, the old market city of Hoi An can provide an ideal escape from the frenetic pace of Hanoi and Ho Chi Minh City. For many, it’s a well-earned breather away from a very city-focused trip. For lovers of the outdoors, it serves as the perfect base to get out and explore the landscape beyond Vietnam’s urban jungle.

Vietnam is a land of lush forest, towering mountains and breathtaking vistas. It’s a haven of hikes and trails. Here, we’ve broken down some of the best places to hike around Hoi An.

A word on transportation. Many of the best hiking spots near Hoi An require an hour or so of driving either north or south. If it’s something you’re comfortable with, renting a motorbike or scooter for the day is easily the most enjoyable way of making your way to the foot of the best trails. Driving along winding mountain roads as a soft tangerine sun rises through sea mist behind you is one of the most breathtaking experiences Vietnam has to offer.

If you aren’t about living that road warrior life, all the places we’ve found for you also have regular tours that will pick you up from your hotel in downtown Hoi An and drive you to the trails. Many of them also include an English-speaking guide and, if you’re very lucky, a free cup of coffee. 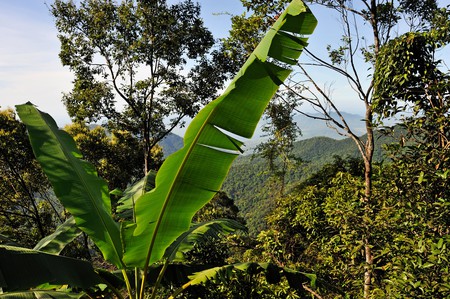 Vietnam’s national parks are like little slices of primordial history. When the mist rolls in over the trees, the lonesome roar of a T-Rex and the skittering of clawed feet in the underbrush wouldn’t feel out of place.

Named after Bach Ma Mountain (meaning “white horse”), which rises 1,450 metres (4,760 feet) above sea level in the heart of the park, Bach Ma National Park is one of the largest parks in Vietnam, and home to some of its most pristine stretches of jungle.

You could spend a week losing yourself among the greenery of Bach Ma. There are hundreds of trails criss-crossing the landscape. The best place to start is the Five Lakes Trail, which starts well up the mountain at the Hai Vong Dai Sea Observation Post. From there, you clamber down alongside five stunning pools each cascading into one another. In the heat of the day, taking a dip in these gently flowing waters is absolutely heavenly. Then, there’s another kilometre of hiking down through lush vegetation before you get to the vertiginous descent alongside the 300m (984ft) Do Quyen (rhododendron) Waterfall, which is particularly stunning in the spring.

There are several tours which will pick you up in Hoi An around 8am and take you along the main trail for about £25 per person. They also usually include a picnic lunch among the five lakes and a guide who’ll point out some of the more exotic flora and fauna along the trail. If you want to stay and explore the area more thoroughly to really get off the beaten path, there are several villas with some seriously funky architecture tucked away up the mountain, which you can use as a base for around £20 a night. 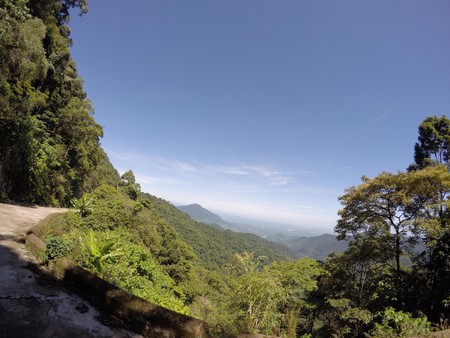 About 50km (31mi) north of central Hoi An, Ngam Mountain (also referred to as Brau Mountain, after the people who made their home there for centuries) is a great way to combine hiking with local culture.

The three-hour hike up and down the mountain follows the path of several streams that meander down through several pools, which offer a much-needed opportunity for a dip at the hottest points of the day. One of the coolest features of the hike is that it makes its way through a number of preserved Brau villages, using bamboo bridges that criss-cross the streams and falls as you make your way up the mountain. Bridges aside, you may have to do some serious clambering over large boulders in the less well-traveled parts of the trail. It’s fantastically tranquil, although the trail can get a little busy in the middle of the afternoon.

The Hoi An tour company Pure Paths does a great day trip that includes transportation, food, drinks and the opportunity to take a midday nap in the shade.

This is definitely one you might want to get a bike for. Rising from the piercing blue of the Pacific into the morning heat haze, Son Tra Mountain (known to Americans during the war as “Monkey Mountain” due to some of its most charmingly furry and chaotic residents) is a sight to behold.

A great way to do Son Tra is to take Grab (Vietnamese Uber) to the top of the mountain early in the morning and hike down to the towering Lady Buddha statue that is said to protect the bay from typhoons.

The route takes about three hours and contains too many gorgeous views to count. If you’re not a weak city mouse like me, and feel particularly confident in your constitution, walking all the way from the base of the mountain to the statue of Confucius playing chess at the summit is a breathtaking all-day affair, so bring plenty of water. 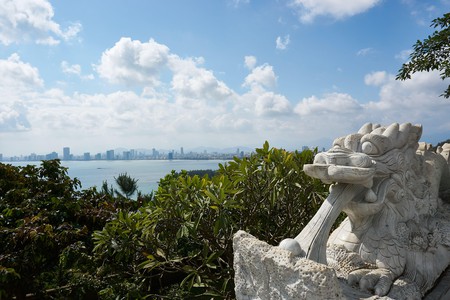 One of Vietnam’s most iconic vistas is the sweeping Golden Bridge that looks out over the verdant foliage of the Ba Na Hills. Supported by two gigantic concrete hands, and often swathed in mist in the early morning, this is definitely one of the most atmospheric tourist attractions in the region.

Unfortunately, it’s really expensive and gets mind-blowingly crowded by about 9am. So, be at the cable car (it’s one of the longest in the country) before 7am and be prepared to shell out about £24 for entry into the bridge and the surrounding area. The Ba Na Hills do make for some glorious hiking, however, so if the bridge is something that piques your interest, it’s worth making a day of trekking around the surrounding area. 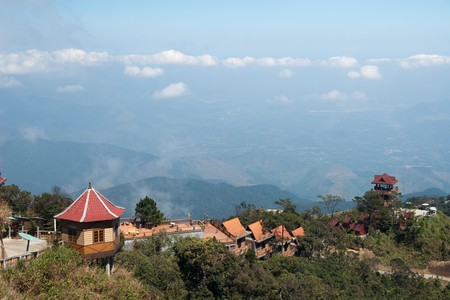