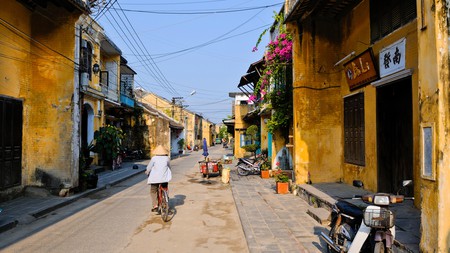 It's not quite the same as being there, but you can still get a feel for Vietnam without leaving your house | © imageBROKER / Alamy Stock Photo

As staying in becomes the new normal, Culture Trip invites you to indulge in a spot of cloud tourism. Experience the sights and sounds of a place – without even leaving your home. So, get comfy and take a tour of the best Vietnam has to offer.

You may not be able to make your way to Hanoi, Hoi An or Ho Chi Minh City right now, but we’ve got the next best thing. Here’s Culture Trip’s official guide on how to create your own Vietnam away from Vietnam. We’ve got recommendations on TV, food, music and more to get the flavour and feel of the country from the comfort of your onesie pajamas.

First things first, you want to immerse your senses in the tastes and smells of Vietnam. A mouth-watering medley of French, South East Asian and Chinese traditions, the bánh mì is a crusty French roll, packed with pâté, shredded pork, fresh Vietnamese greens and pickled vegetables. Oh, and chillies. Lots of chillies. While a completely authentic recreation at home is going to be hard, an “authentic” bánh mì is an apocryphal idea anyway; it’s the bastard food of rebels and desperados. It’s the best sandwich in the world. 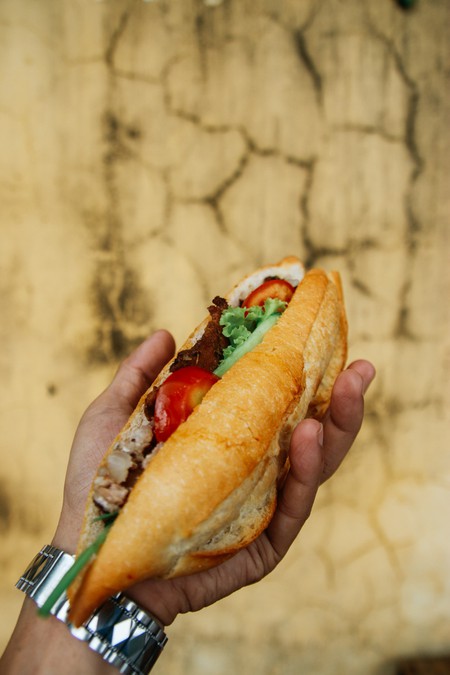 Plus, every region of Vietnam does them a little differently: shrimp paste in with the pâté in the Mekong, extra-spicy in Hue, and filled with doner meat if you’re buying them off a cart at 3am in Hanoi. To make a bánh mì on your own, all you need is the bread, sliced carrot and cucumber, something spicy (sriracha is fine) and a boatload of coriander. Let your imagination run wild. For example, you can do a banging vegan version with garlic oyster mushrooms, tofu bacon and crispy onion bits.

Vietnam is the world’s second-largest exporter of coffee, and the drink is an important part of the country’s culture and cuisine. Since we can’t stop at a local coffee cart or small shop and sit sipping a cà phê sữa đá (iced coffee with condensed milk), let’s get one brewing at home.

Vietnamese coffee is chocolatey and robustly bitter. It’s available to buy online, as is condensed milk (condensed coconut milk is a perfect non-dairy alternative). If you want to be extra authentic, buy a traditional Vietnamese coffee filter, known as a phin, which will slowly drip incredibly strong coffee into a glass of ice and (just a spoonful of) condensed milk.

The result is a rich, sweet, infinitely moreish beverage that will transport you to a shady side street in Hanoi with the first sip. 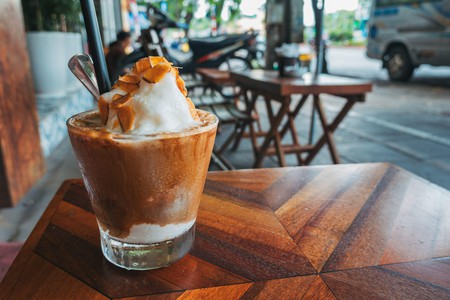 Now that you’re full of food and enough caffeine to reanimate a dead water buffalo, you’ll need something to watch. Vietnamese cinema has a rich history, which is often under-appreciated outside of the country. Most people’s exposure to Vietnam on the big screen will probably have been through the eyes of American (anti-)war films like Apocalypse Now (1979) and Full Metal Jacket (1987). Unsurprisingly, Vietnamese filmmakers have found more to focus on than the war.

Directed by Le-Van Kiet, Furie (2019) was released on Netflix last year and is very much a love letter to the power of badass mums everywhere. Single mother Hai Phuong is working in rural Vietnam as a debt collector. When her daughter Mai goes missing, she must embark on a white-knuckle, martial arts odyssey into the mean streets of Ho Chi Minh City to get her back. Reminiscent of Taken (2008), Furie is beautifully shot, paying extensive homage to Vietnam’s landscape.

So, you’ve exhausted all of Vietnamese cinema, or maybe you’d prefer something a little lighter. Vietnam loves its reality tv and game shows. Their version of The Voice is wonderful, as are their takes on America’s Next Top Model and The Face. There are huge back catalogues of these shows, so you can keep yourself entertained for as long as you need.

A favourite Vietnamese TV show is Chuyen Phiem Toi Thu Ba, which translates to “Tuesday Night Gossip”. The show takes a look at topical issues and parts of Vietnamese culture, but through the eyes of foreigners living in the country. The foreigners in question are pretty typically the butt of the show’s jokes, but it’s a great, very funny insight into Vietnamese life.

From traditional songs and pop ballads to dirty underground hip hop, Vietnam’s music scene is a rich and vibrant one. Blasting some popular tracks around the house is a great way to get a feel for the country’s tastes, and pick up some Vietnamese while you’re at it. 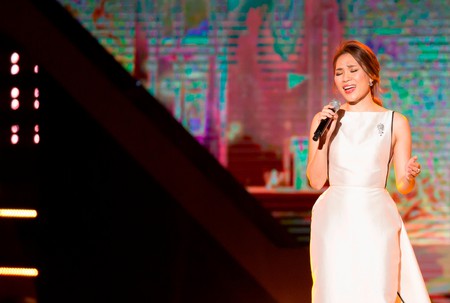 Sơn Tùng M-TP is the biggest star in Vietnamese pop music today, and was the first artist from the country to earn a million subscribers on YouTube. His tracks, particularly ‘Chúng Ta Không Thuộc Về Nhau’, are infectiously catchy. Go ahead. Nobody’s watching. Get down and dance to some of the country’s freshest tunes.