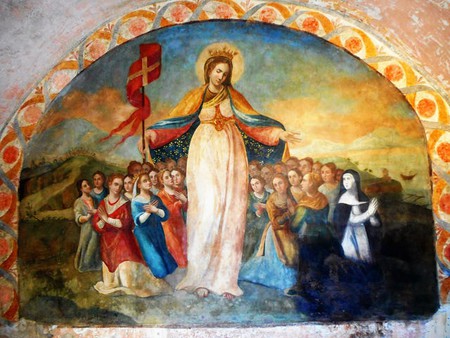 Saigon’s Notre-Dame Basilica is one of the city’s biggest tourist pit-stops, owing to the grand facade and famous twin bell towers. However, in late 2005, it was the center of a religious miracle that had thousands flocking to catch a glimpse of a mysterious phenomenon. 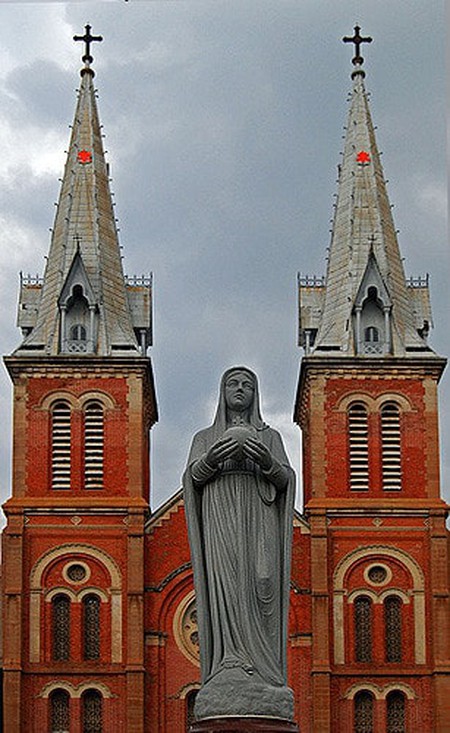 Vietnam was a colony under French imperial rule from when French Indochina was formed in 1887 until Vietnam’s independence after the First Indochina War in 1954. During France’s rule over the Vietnamese, numerous beautiful churches were constructed that remain in Vietnam today as popular tourist destinations, as well as sites of worship for millions of Vietnamese Catholics. The Catholic Church estimates that there are 5.6 million Catholics in Vietnam, accounting for 6.9% of the total population, although the actual number could be millions more. 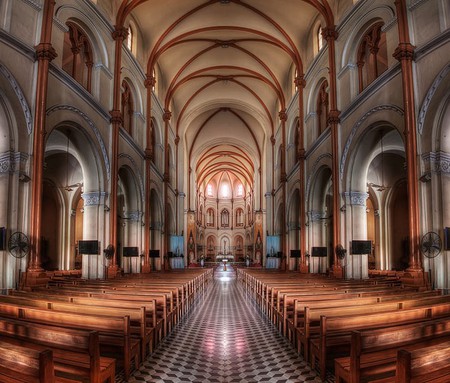 After the Vietnamese overthrew the French, Catholicism declined in the North but strengthened in the South under the rule of Ngo Dinh Diem who preferred Catholic followers and repressed the practice of other religions. After the North’s victory following the Vietnam War, Catholicism retained a steady number of Vietnamese followers who continue to visit cathedrals across the country to attend mass every Sunday.

Saigon Notre-Dame Basilica was built in the late 1880s and is located in the center of District 1. It was conferred as a Basilica by the Vatican in 1959 and still serves as a religious institution to Saigon’s Catholic population. It bears a 4-meter tall statue of the Virgin Mary in front of the basilica, which caused quite a stir in late 2005.

On October 29, 2005, witnesses claim to have seen a single tear streak down the right side of the Virgin Mary statue. Thousands of local Vietnamese Catholics subsequently swarmed the city center to catch a glimpse of the alleged miracle, causing such severe traffic that the police had to redirect the standstill and maintain order. 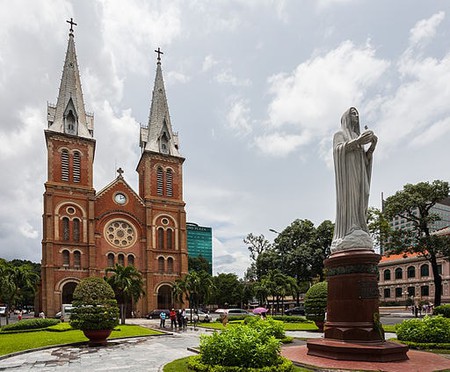 Hundreds of umbrellas dotted the area around the church as worshipers protected themselves from the midday scorching sun, and at night the statue was the center of a candlelit shrine. Vendors also began selling pictures of the tear at inflated costs to tourists, digitally adding a halo around the statue’s head. Over the course of several days, thousands of people flowed in from the countryside to worship at the Virgin Mary’s feet. Locals and tourists looked on and wondered what the tear meant – was it an omen, a sign of an impending plague, or a symbol of love?

According to the Church, it was none of those things.

After the supposed “miracle” caused a media frenzy and drew tens of thousands of tourists clamoring to see the tear, the Church weighed in and officially refuted the miracle.

Father Huynh Cong Minh told followers at a mass that the “tear” was just a coincidental combination of dust and rain that happened to form in the shape of a tear. Followers did not readily accept the explanation, and the Virgin Mary statue is still visited by hundreds of tourists on a daily basis hoping to witness another “miracle”.

The Catholic Church is no stranger to such supposed “miracles”. One of the most famous miracles occurred Akita, Japan, when in 1973, a 3 foot tall wooden statue of the Virgin Mary began to cry. Bishop John Shoojiroo Ito of Niigato declared in 1984 that the tears were of “supernatural origin”, but the Vatican didn’t issue a formal statement. 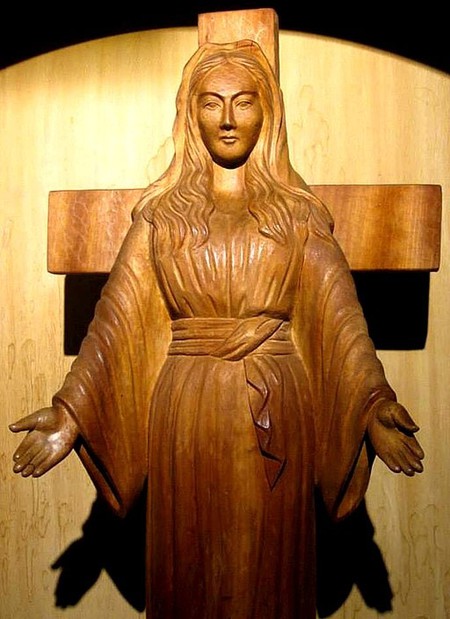 Saigon’s Note-Dame Basilica is currently undergoing a massive renovation and is only open for Sunday mass until sometime in 2019. However, anyone wishing to visit the Virgin Mary statue hoping to see a miracle is welcome to do so any day, anytime.