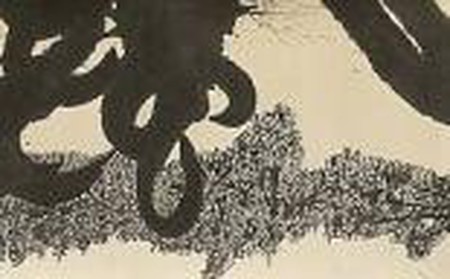 Vietnamese artist and curator Le Quoc Viet is a modern practitioner burdened by an old soul. His works navigate between past and present Vietnam, interrogating the tumultuous history of his native country, particularly through the medium of wood block prints. 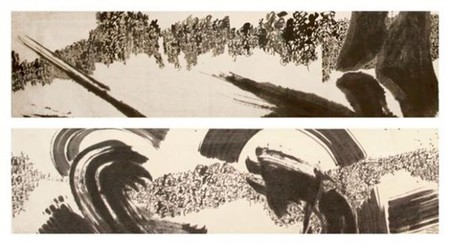 Vietnamese artist Le Quoc Viet largely works within the traditional graphic arts of printmaking. His medium of choice is handmade wood blocks, amongst the oldest of traditional print-making techniques. Whilst European audiences may associate wood block printing with masters of this technique such as Albrecht Dürer or the artists of Japanese ukiyo-e, Viet’s works draw from the rich intersection between printing and text in Vietnamese culture.

Born in 1972 in Ha Tay, Le Quoc Viet is part of a younger generation of Vietnamese artists who emerged in a period of increased stability and transformation in the 1980s and 1990s, yet the past is ever-present in his works. As Vietnam modernised, age-old traditions shaped by Buddhism were neglected and forgotten; in works such as the ‘This is what I heard…’ series, Viet critiques the state of modern society in which the veneer of progress hides the moral emptiness beneath. Yet as the literality is stripped away, new connections emerge through the juxtaposition of text and image, open to be re-interpreted by the viewer.

Language is the primary site of struggle in many of Viet’s works. Steeped in Buddhist education, he is part of a younger generation who still uses the traditional Nom (Chữ Nôm) script derived from Chinese characters and adapted to Vietnamese. In works such as Nom Elegy, he laments the fading of language and the disconnect with the past faced by modern Vietnam. At the same time, by melding language and the visual arts, he creates a link between the past and present Vietnam.