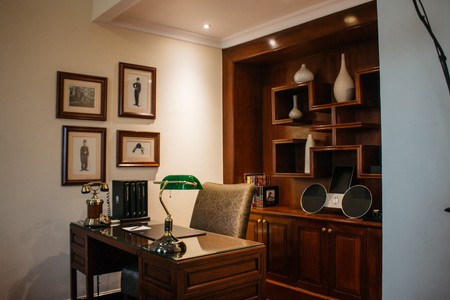 Steps from Hanoi’s Opera House in its famed French Quarter stands one of the most well-known historic hotels in Vietnam. Enter the classical white facade and take a brief (digital) walk through the Sofitel Legend Metropole Hotel that has housed international politicians, writers, and actors over the decades. 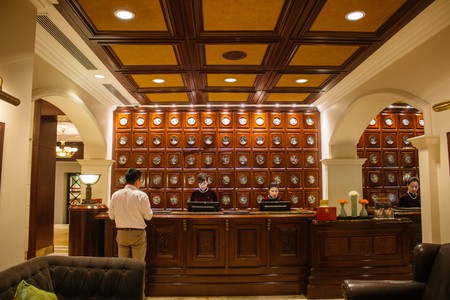 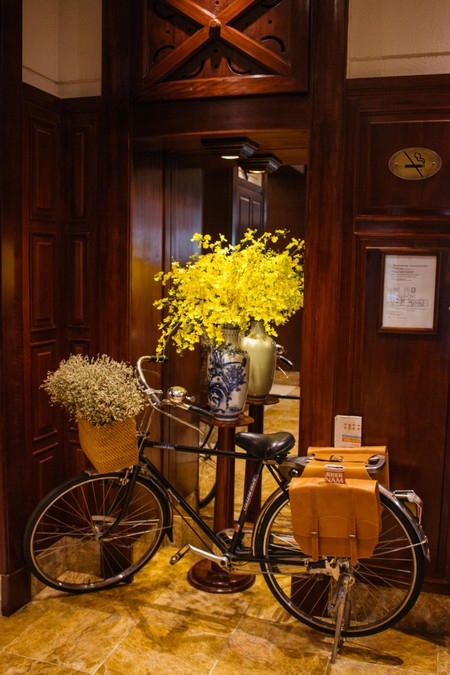 As you might assume, this suite is named after the legendary entertainer who stayed here during his honeymoon with new bride Paulette Goddard in 1936. Located on the third floor in the hotel’s Historical Wing, the Metropole describes this suite as a “romantic haven” and features original wooden floors, a large bathroom with a jacuzzi and stand-up shower, as well as a king-sized bed and luxurious amenities. 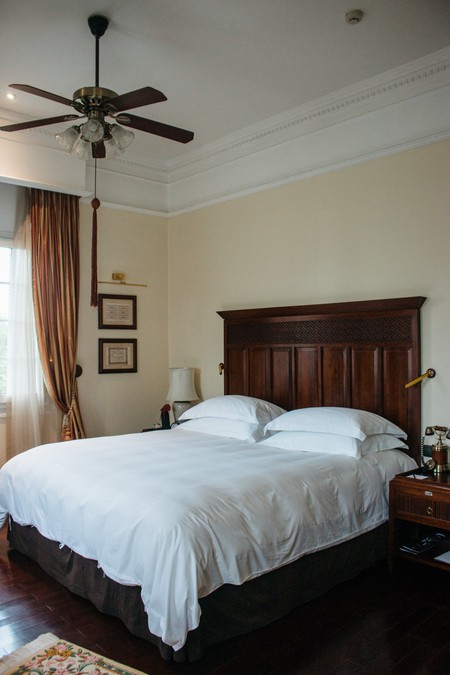 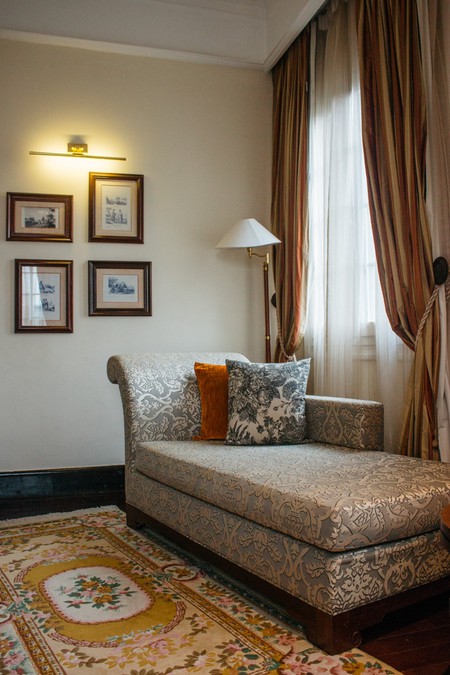 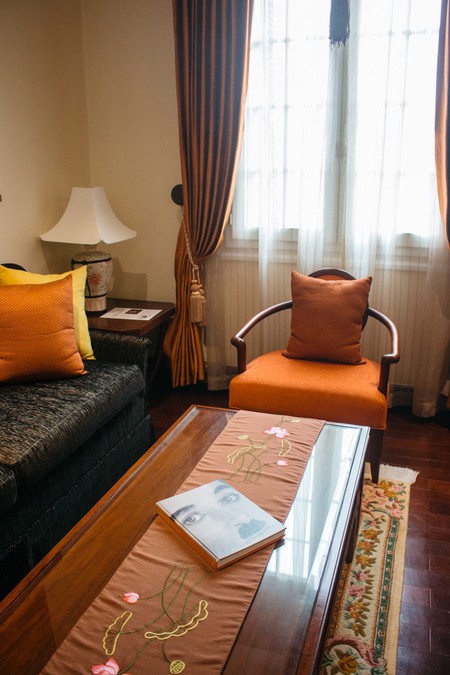 This opulent suite is the most prestigious in this historical hotel. It is located on the sixth floor of the Opera Wing and is a true history-meets-modernity suite as the latest technology intermingles with the room’s neo-classical decor. The Imperial Suite features a private spa room, a magnificent bathroom complete with a steam shower and French-style tub, a library, and luxurious lounge area. This room has hosted some of the biggest names in international politics and costs a cool $3,000.00 USD per night. 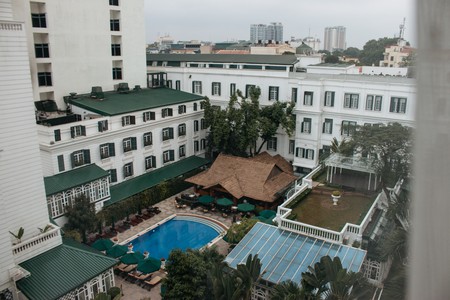 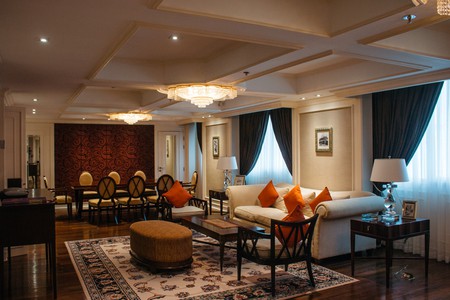 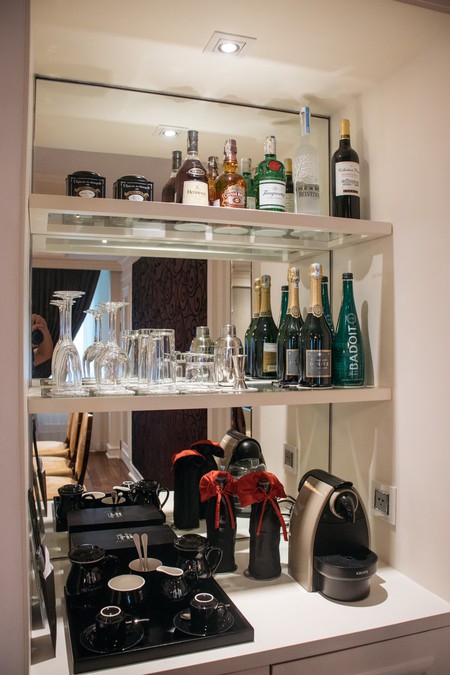 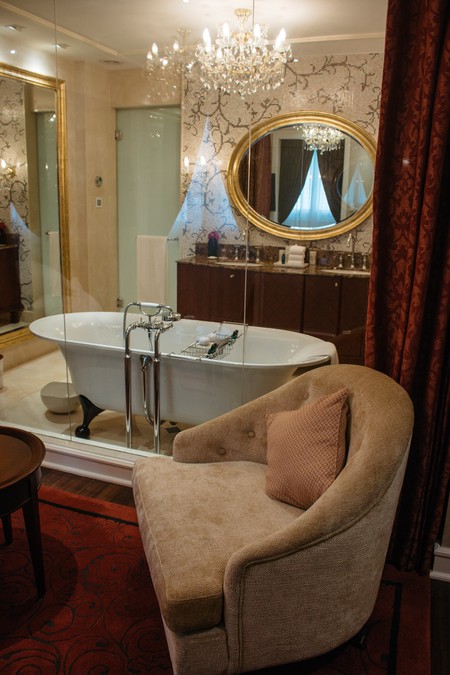 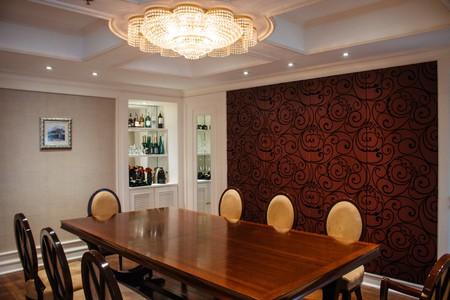 One of the most legendary guests of Hanoi’s Sofitel Metropole Hotel is Joan Baez, an American folk singer and activist. She was a guest of the hotel over Christmas in 1972 when the Americans began their ruthless 11-day bombing campaign under the name Operation Linebacker II. Baez and other guests were crammed into small, sweltering bomb shelters underneath the back courtyard where they remained throughout the duration of the raid. While the guests waited in fear, Baez played guitar and sang to keep their terror at bay. It was here that Baez partially recorded Where Are You Now, My Son; a song she wrote after watching a woman search for her son underneath the rubble of a destroyed building. The falling bombs can be heard in her original recording.

Baez received a warm welcome upon her return to the hotel in 2014. She presented the hotel staff with an oil painting of a young Vietnamese monk she had painted while staying in the Somerset Maughan Suite. It is displayed with pride near the reception desk. Baez has a special place in the heart of the hotel, revered for her anti-Vietnam War activism and hiding from bombs with the locals. 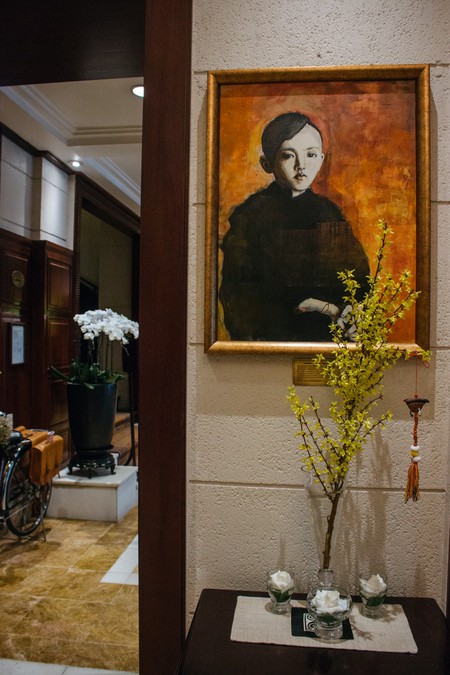 A painting of a novice monk by Joan Baez, given to the Sofitel Metropole Hotel in Hanoi | Vu Pham Van / © Culture Trip

The Sofitel Metropole Hotel in Hanoi was founded in August 1901 by Andre Ducamp and Gustave-Emile Dumoutier. A rich history lies behind its white facade and shutter-adorned windows, and pieces of that history can be found displayed in the hotel lobby and throughout its designated “Path of History” where a series of photographs and relics are available for hotel guests to admire. 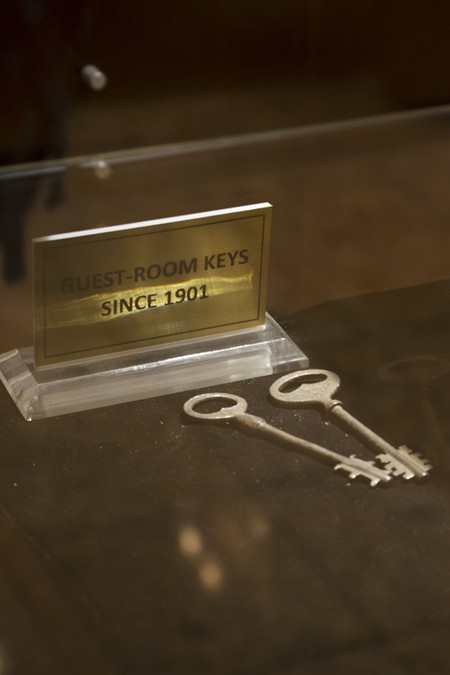 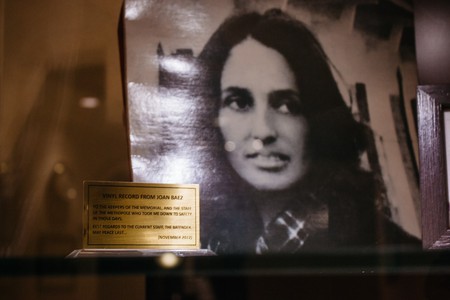 The hotel’s Path of History, is available for tours to hotel guests. 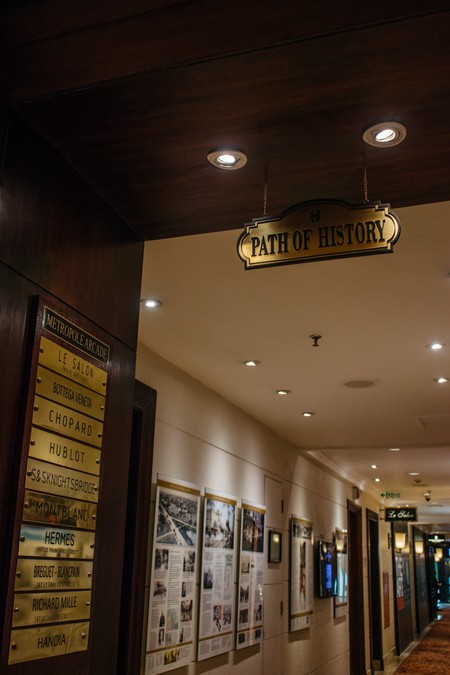 This legendary hotel has hosted plenty of Hollywood actors, writers, and big-name politicians over the last century. The colonial-style architectural marvel is available for anyone who wishes to experience its opulent rooms and suites, but make sure your wallet is loaded before you do.