Inside the Best Jazz Clubs and Bars in Hanoi, Vietnam 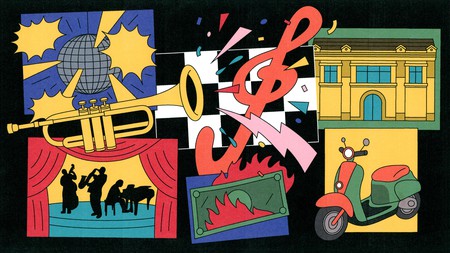 Vietnam’s capital, Hanoi, can be a raucous jumble. To walk the city’s streets for a day is to be buffeted by an orchestra of moped horns, 50cc engines and the cries of street vendors. It’s an intoxicating mix. However, there are ways to escape from the sensory barrage. If you’re looking for something a bit more mellow, let Harry Menear be your guide to Hanoi’s jazz scene.

The Vietnam War (known to the locals as the Resistance War Against America, or the American War for short) left behind more than just the scars of a decades-long conflict. During the war, US Army radio stations would broadcast the sounds of Charlie Parker, Duke Ellington and Miles Davis as Vietnam slept. Sometimes, however, the Americans weren’t the only ones listening.

“It was music for the US soldiers. I used to listen to it on the radio in secret,” remembers Quyền Văn Minh. The son of a saxophone player and guitarist, Minh taught himself to play and, in the 1990s, was the leading figure in establishing Hanoi’s jazz scene. He’s a prominent teacher at the National Conservatory of Hanoi, and the founder and owner of the city’s most prominent jazz club. 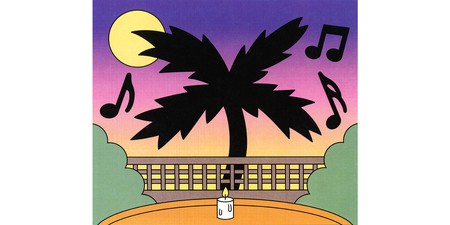 In Hanoi’s historic French Quarter, among luxurious colonial-era hotels and upscale restaurants, the Binh Minh Jazz Club is a comparatively humble affair. It sits on the intersection of a street crammed with shops selling ghost money (which is burned, sending it to the afterlife as offerings) and another on which vendors can be found selling rattan chairs. A quarter of a mile away, the Song Hong River makes its sluggish way toward the sea. Inside, you can find the heart of the Hanoi jazz scene – beating in 4/4 time.

In his mid-70s, with a salt-and-pepper goatee and ponytail, smoking a cigarette through a wooden cigarette holder, Minh has been the poster boy for jazz in Hanoi for more than 30 years. His bar is dimly lit – as all jazz clubs should be – with a stage that’s drenched in soft neon light and surrounded by more than a dozen tables. Music starts at 9pm every night, with Minh regularly jamming alongside his students, ushering in a new generation of Vietnamese jazz cats (including his son – also a sax man) whose styles run the gamut from traditional standards to contemporary favourites.

The black-and-white checkerboard tiles are crowded nightly with a mixture of expats, travellers and native Hanoians. Nearly every inch of the walls in the bar area are covered with framed pictures – a veritable who’s who of the nation’s jazz aristocracy.

Back outside, there’s ample seating on the terrace, where you can sit beneath palm trees in the cool evening air and listen to Minh’s languorous, meandering horn lines drifting out through the open window. His style – reminiscent of decades that now go unacknowledged in jazz clubs in New York and London – fuses the simple nonchalance of Louis Armstrong and Duke Ellington with the melodies of traditional Vietnamese folk music. If any one musician truly embodies the sound of Vietnamese jazz, it’s Minh.

For a long time, Binh Minh was the only place in the city where you could be sure of catching some seriously good jazz. In the past few years, however, the scene is beginning to fill up, as newcomers respond to and cultivate a burgeoning interest from locals and visitors alike.

Possibly the most elegant jazz venue in the city, the Cool Cats Jazz Club styles itself after 1920s sophistication, which seeps from every marble-coated corner of the bar. Behind the stage, a full-length window shows off the city lights dancing on the surface of a lake, at the heart of which sits the historic Miếu Đầm temple.

Located on the ground floor of the JW Marriott Hanoi, Cool Cats has music nightly from 7pm, a buy-one-get-one-free deal on its extensive cocktail menu from 7pm to 9pm and a celebrated list of mouthwatering light bites.

The club opened its doors in 2017, and now hosts a regular bossa nova night for those craving a dash of Latin rhythms, as well as the occasional hard bop evenings for the folks who think Charlie Parker was a soft touch.

Cool Cats bar manager Nicola Veronese is excited to see the scene continually develop: “The scene in Hanoi has been growing very fast these past few years,” she enthuses. “You’re starting to be able to enjoy jazz in venues where jazz isn’t part of the core concept, and it’s helping build a better community in the city.” 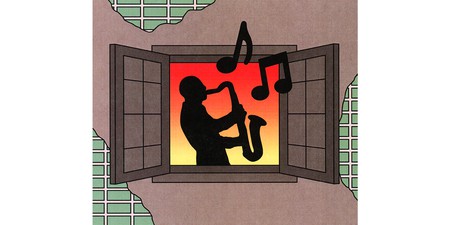 Brand new, even by the standards of Vietnam’s youthful scene, Urban Gentry has quickly become a meeting ground for the Hanoi jazz scene, expat musicians and local artists. Someone who fits into all three of those categories is Urban Gentry’s owner, Jonathan Van Den Berg, an enthusiastic South African who founded the venue to give artists of all backgrounds a place to focus and grow their craft.

The walls of the bar are covered with paintings, and the acoustics are some of the best in the city. Van Den Berg has installed studio-grade sound dampeners throughout the venue, the seating is staggered so everyone can see and the lighting pays equal respect to the paintings and the band. “It’s like a gig in an art gallery,” says Van Den Berg, whose work, including a reinterpretation of Vermeer’s Girl with a Pearl Earring, is dotted about the place. “Mine are mostly just re-creations,” he says with a laugh. “I avoid putting too many of my own creations on the walls, as I didn’t want to oversaturate the place with, well, me. I felt it would be a bit too arrogant to subject the audience to my music and visual art simultaneously every night. So music it is.”

Right now, Urban Gentry isn’t open in the daytime, and Van Den Berg usually uses it as a rehearsal space for one of his many projects. Still, he says, people are always welcome to “drop by, say hello and listen in on the creative process”. Spend an evening on the terrace, listening to the nightly jazz jams and digging into the popular sharing skewers or the house 5Bs burger.