How To Spend 48 Hours in Hanoi, Vietnam 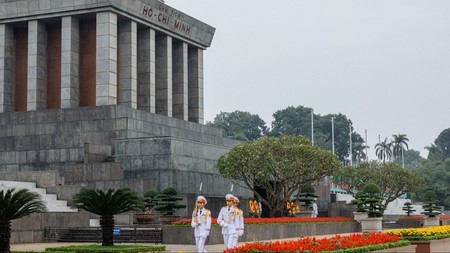 Two days in Hanoi is enough to see many attractions and eat a lot of delicious food. Here is how to space out your short time in this gorgeous cultural hub and capital of Vietnam.

A Stroll in the Old Quarter

The best way to get acquainted with Hanoi is to go for a walk in the Old Quarter. This is the historical and commercial center of the capital and has been so for over a thousand years. The Old Quarter is made up of 16 streets that divide into many different alleyways, so it is best not to have any direction and just go where you think looks interesting. It is also best to explore the Old Quarter during the early hours of the day when the residents wake up and are just doing their morning activities—cleaning the streets, doing light exercises, setting up food stalls, walking children to school, heading to the market to buy veggies, sitting by the sidewalk eating breakfast and drinking coffee, etc. Grab yourself a banh mi (Vietnamese baguette sandwich) and a ca phe sua da (iced milk coffee) and take your time to really take everything in. The motorbikes may be overwhelming at first, and if you want to cross the street and can’t see an opening, just raise your hand, pray to the gods, and go for it. The bikes will swerve around you. 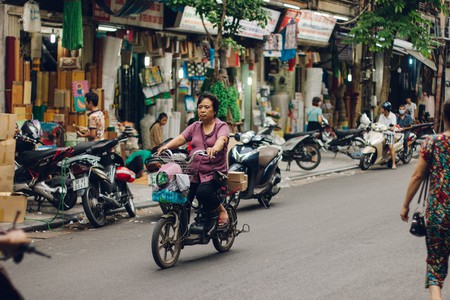 Check Off Some Tourist Spots

Keep your day light by just ticking off two spots in the tourist itinerary and not overwhelming yourself. Head over to St. Josephs Cathedral, right at the center of the Old Quarter. The cathedral is an extremely photogenic building, and you can even join the local Catholic community for mass. Afterwards, check out Hoa Lo Prison, dubbed the Hanoi Hilton by the American prisoners of war who were held captive there. It was initially built during French colonial times to hold Vietnamese revolutionaries, and then it played a role during the Vietnamese War that followed. (This is the location of U.S. Senator John McCain’s incarceration when he was captured during the war.) 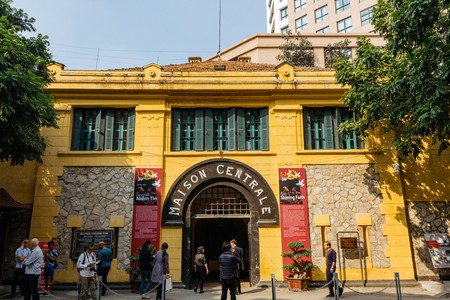 Make your way over to Thang Long Water Puppet Theater to catch their show. The puppets and puppeteers depict various stories from Vietnamese history and mythology through 17 short skits that are bound to keep you entertained. There is a lot of laughter and beautiful traditional music that accompanies the show. Make sure to book early because tickets run out fast.

Dinner by the West Lake

Head over to Ho Tay, the largest freshwater lake in Hanoi. This area is a little more upscale, and you will find plenty of fine dining venues full of expats. After a full day of walking around, you deserve to spoil yourself a little. After dinner, you can walk around the lake for a while, enjoy the cool breeze and then tuck into a bar to end the night. Don’t stay too late as you have some exploring to do tomorrow as well.

A Morning Pho and Egg Coffee

You have to start your morning with pho like the locals do. Head over to Pho Gia Truyen on 49 Bat Dan Street for the best pho you will ever have. For coffee, another must is Giang Café. Here, they serve the original and best egg coffee in Vietnam, and you can ask the barista for the story behind it. It is interesting to listen to while you sip your cup of frothy goodness. 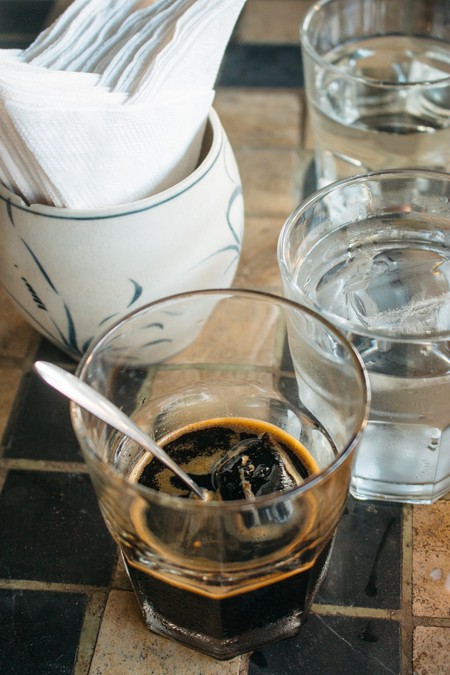 After your breakfast, head over to the Ho Chi Minh Mausoleum. This closes at 11:30 a.m. for lunch, so make sure you plan your time well. Inside, in a glass case, lies the embalmed body of Ho Chi Minh, or Uncle Ho as the locals lovingly refer to him. The Ho Chi Minh Museum, dedicated to the late Vietnamese leader, is also in the same complex, so you can tick them both off at once. 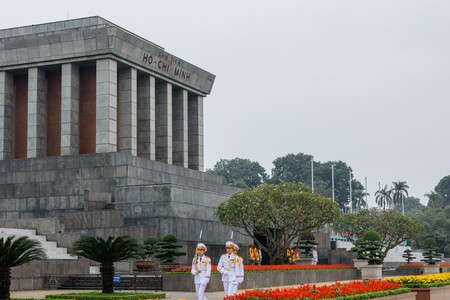 Next, head over to One Pillar Pagoda, one of Vietnam’s most iconic temples. It is just as the name says—the pagoda rises from one pillar in the center of an elegant lotus pond. The garden surrounding it is also extremely tranquil, and the whole location is very photogenic.

Lastly, visit the Temple of Literature, which actually is not as the name says—this is not a temple, but was Vietnam’s first university. This is a superb example of traditional Vietnamese architecture and will be a great end to the first half of your day. 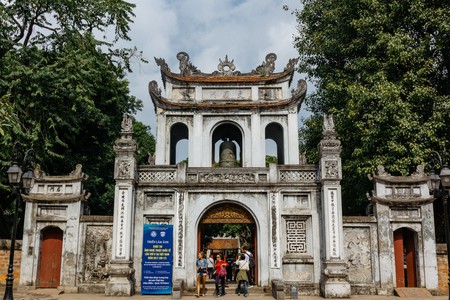 After lunch and a good rest, head over to Hoan Kiem Lake as the sun is about to set. This lake is right by the Old Quarter (Hoan Kiem Distrct) and makes for a great evening stroll where you will catch a glimpse of what locals like to do in the evening, other than eat and drink coffee. In the middle of the lake is Ngoc Son Pagoda, which is connected by a beautiful red bridge. You will be able to capture some beautiful photos. The lake is also famous for turtles, and it is said that it’s good luck if you spot one. 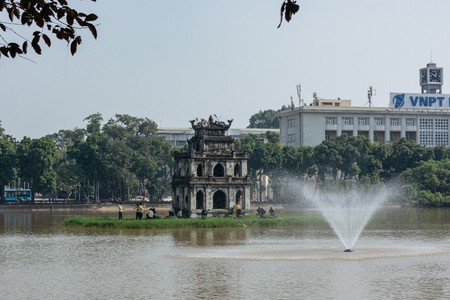 Before your night begins, have some bun cha. This delicious grilled pork and noodle dish was made famous when President Obama visited Vietnam. Head over to Bun Cha Huong Lien, which is the same joint he enjoyed this divine dish. 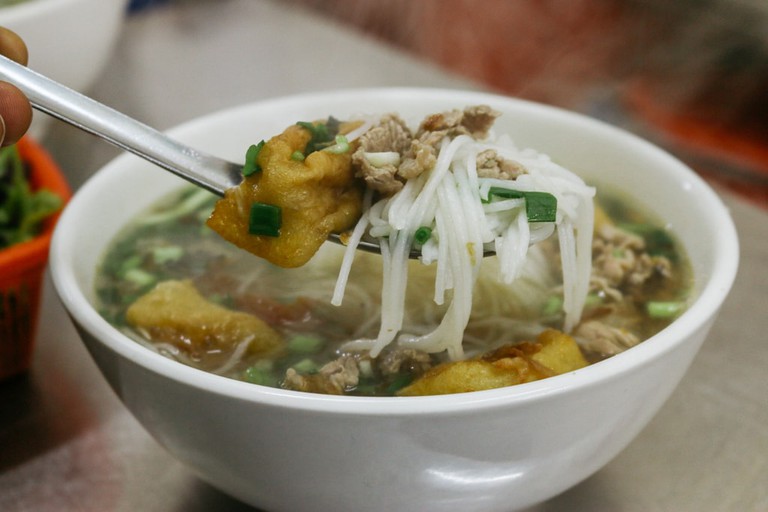 Back to the Old Quarter

Lastly, to say goodbye to the beautiful capital, end your night at the Old Quarter, just like you began. You can shop for some final souvenirs and then grab a few drinks at the backpacker street. Beer will cost you as little as USD$0.50 over here, so take it easy. You don’t want to be hungover for the next leg of your journey. 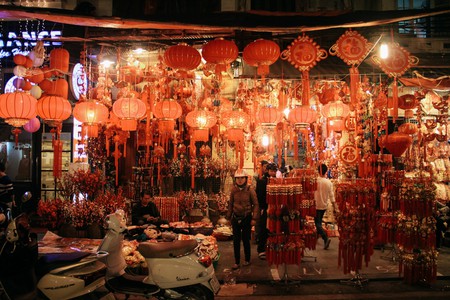