How to Ride the Bus in Vietnam 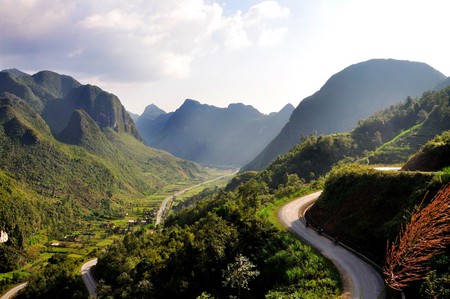 If you’re riding a bus in Vietnam, that means you’re not riding a motorbike. This means that you can’t be run over by some maniac driving a bus. This is a good thing. The process can seem a bit overwhelming at first; however, with our help, you should be safely (relatively) on your way to the farthest corners of this great nation in no time.

The first step in the process involves deciding how you’re going to travel. Vietnam’s bus network is surprisingly extensive and there are numerous different options to almost any destination. 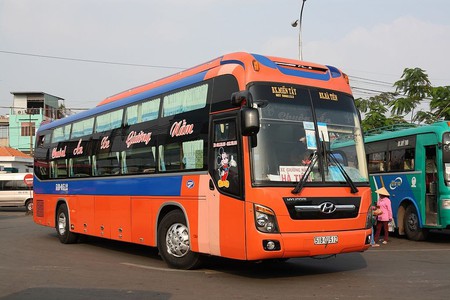 For the budget travelers out there, the best option may be Open Tour buses. These air-conditioned beasts catapult up and down highway 1 between Saigon and Hanoi at dizzying speeds. Backpackers can get on and off at any major city along the way and a ticket will generally set you back around $50 USD, ut will increase with each additional stop you add. Additionally, for those staying in hostels, these buses often have the added benefit of picking up in backpacker locales. Tickets can be found at any number of cafes in these traveler friendly areas as well.

For those with an extra dollar to spend, deluxe buses leaving from central terminals may be a better bet. Unlike Open Tours, these generally cater to a mix of tourists and locals. Seats are much more comfortable and there are often sleeper options as well. These buses connect to all major cities throughout Vietnam. Tickets can be purchased at registered booths inside the terminal.

In all major cities across Vietnam, there are local options for getting around town as well. While, we would strongly recommend an Uber or Grab bike, for those looking to cut costs this is a nice choice. These roaring giants can be caught at all major terminals and along any number of streets throughout the country. Tickets are purchased directly from a conductor and are dirt cheap – generally less than $.50 USD. The quality of these buses is not high in the least, and it’s not uncommon to encounter a standing room only situation. 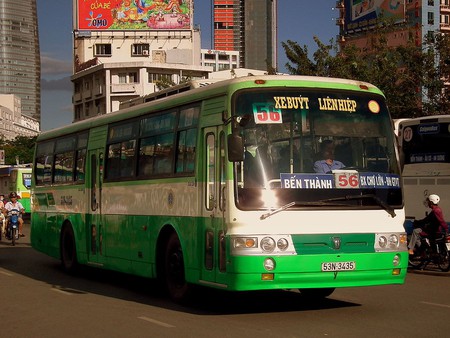 If you’re on a bus, you are undoubtedly safer than a large portion of your fellow travelers. Vietnam is a motorbike country through and through and countless westerners opt to rent or buy a bike upon arrival. The thing is, motorbikes just aren’t safe. In fact the high death rates among those on two wheels has spawned the nickname, “The Hidden Epidemic.” In backpacker districts up and down the coast it’s quite common to watch bandaged travelers hobble from one bar to the next, keen to alleviate the pain with the next Saigon Red. 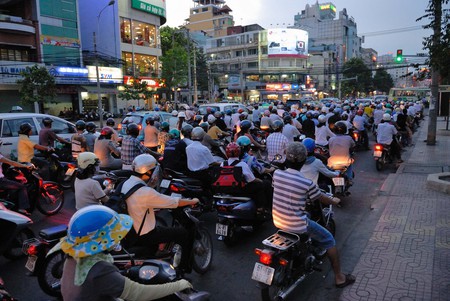 Buses, on the other hand, are generally very reliable. While you’re almost certain to clutch the seat cushions so tightly that the blood drains from your fists on your first trip, just remember, you’re not on a bike. Almost all Vietnamese bus drivers rely far more on the horn than the brakes, so don’t expect any real peace and quiet either. Buses in this country also generally travel quickly and overtake their smaller friends whenever they have a chance. However, in the end, you should get from point A to point B relatively painlessly.