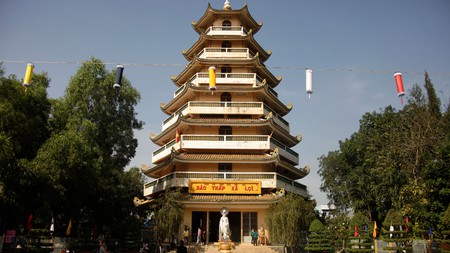 To truly understand Ho Chi Minh City and Vietnam, you'll need to delve into each era of its history | © imageBROKER / Alamy Stock Photo

Vietnam’s Ho Chi Minh City is known for vibrant street markets and buzzing bars. But there’s much more here than meets the eye – the city’s unique culture has been shaped by a tumultuous history. To get a better understanding of how four distinct eras have shaped the Ho Chi Minh City that exists today, you need to know where to look.

The bustling city of Ho Chi Minh (HCMC) was formerly known as Saigon and renamed at the end of the Vietnam War. For many travellers, this tumultuous wartime period in the 20th century is probably the first piece of the city’s history that springs to mind. There are of course plenty of powerful and captivating relics of this time to fill your itinerary, but look a little closer and you’ll find an even richer impression of what has made HCMC the cultural capital that it is today.

Little remains of Saigon’s ancient past, but you can get a breathtaking taste of the pre-colonial by visiting the Giac Lam Pagoda. The towering temple is believed to be HCMC’s oldest, built in 1744. Stroll around the Buddhist temple and gardens for a calming escape from the bustling streets. The name roughly translates as Feel the Woods Temple and, sitting in the shade of the ground’s sacred Bodhi tree with its beautiful twisting arms, you’ll certainly get a sense of its soothing and healing powers.

The equally stunning Giac Vien Pagoda also survived from the 1700s and is another perfect place to marvel at the beauty of Vietnam’s colourful history. Both of these temples are much older than tourist-favourite Jade Emperor temple, built in 1909, and they’re well worth a visit.

Finally, for a sense of the country’s truly ancient beginnings, go to the Museum of Vietnamese History. The exhibitions will guide you from the bronze age to the present day, helping you to understand the city as it is today. 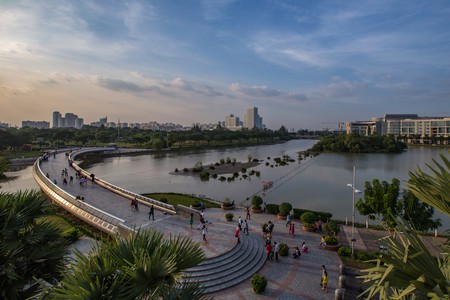 In 1887, Vietnam was colonised by the French. Many scars were left, including in HCMC. It’s hard to understand the true impact this had on the lives of its citizens, but the Ho Chi Minh City Museum allows you to hear stories of bravery and resilience that lay behind the bloody history.

Other reminders of the period lie in the French architecture that remains. Notre Dame Cathedral, situated in the government quarter, was built entirely from materials imported from France and finished in 1883. This red-brick masterpiece boasts twin 60-metre-(197-feet)-tall bell towers and impressive stained-glass windows. With its similarities to the Parisian landmark, you’ll hardly believe you’re in a Vietnamese metropolis as you wander through and snap impressive pictures.

The famous Ho Chi Minh Post Office (also known as the Saigon Central Post Office) makes for a particularly popular tourist snap. It was designed by Alfred Foulhoux but is often mistakenly credited to Gustave Eiffel (designer of the eponymous Parisian tower). Either way, it boasts intricate tiled floors, impressive high ceilings and walls adorned with charming old maps. It’s a working post office, so be sure to send a postcard home while you’re there. If you’ve time, complete your visit by chatting to local celeb Duong Van Ngo, who has sat on the same bench outside for over 30 years. Duong is Saigon’s last public writer and loves to share his historical knowledge and wit.

Last up, get yourself to the Binh Tay Market, also known as the Cholon Chinatown Market. It was finished in the late 1880s and continues to function as a bustling hub for foodie commerce, as well as textiles and crafts. Wind your way through the overflowing stalls and soak up the unique Vietnamese-Chinese culture of the district for a feel of how citizens’ daily lives are steeped in the patchwork of its varied past.

Reminders of the war

The Vietnam War is, unfortunately, perhaps the best-known part of the country’s history around the globe. The War Remnants Museum is the most-visited museum in the city and cannot be missed. It gives a moving, thought-provoking insight into the war’s devastating effects on the people here.

Likewise, the Cu Chi Tunnels, a vast network hidden under the city and once used by the Viet Cong guerillas, are both atmospheric and fascinating.

Then there’s the Reunification Palace, which seems to have been frozen in time at the moment the North Vietnamese smashed down its gates to declare victory in 1975. It’s a feat of classic 1960s architecture where visitors can wander through lavish card-playing dens with shag-pile carpets, eerie radio-control rooms and a network of abandoned tunnels.

Next, grab yourself some lunch at Pho Binh – a seemingly unassuming eatery which was also the secret headquarters of the Viet Cong in Saigon. Visit the mini-museum upstairs, then slurp noodles below and imagine the American soldiers who might once have eaten dinner there, completely oblivious to what was going on mere metres above. 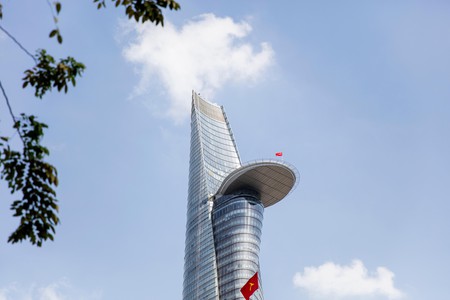 HCMC is known as the cultural and economic driving force behind modern Vietnam. Though no longer the administrative capital, it is most certainly the business capital. This is illustrated in the Bitexco Financial Tower, one of the city’s tallest buildings. Head up in the late afternoon for sunset cocktails overlooking one of the world’s most vibrant cities.