How To Drink Beer Like a Local in Vietnam 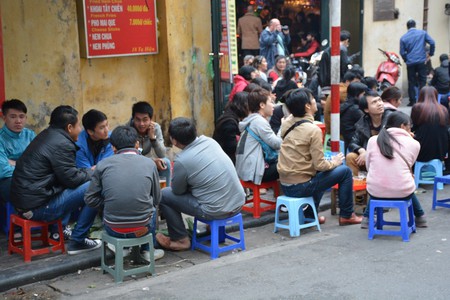 In terms of global consumption, Vietnam is right there at the top among Asian nations. Beer is the drink of choice for many Vietnamese, and on a hot, muggy night, an ice cold brew goes down quite nicely — and why stop at just one? Here’s how to drink beer the Vietnamese way.

You’ll probably be with a group around a low table at an outdoor restaurant, sharing a meal or some finger food snacks, like snails or peanuts. Beer drinking in Vietnam is communal, so you’ll almost never see somebody drinking by themselves — unless it’s your security guard, and even then, he’d rather be drinking with friends.

When you’re at a table with Vietnamese people, it’s considered rude to drink without the rest of the group. The culture in Vietnam is that everyone drinks together — for every drink. Don’t worry if you’re a lightweight, though. Vietnamese people aren’t pushy about drinking. You’ll probably hear a few jokes if you bow out, but nobody is going to force you to keep drinking. 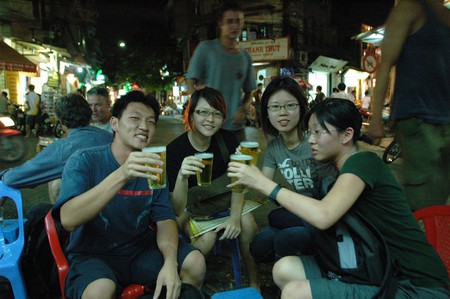 An iceberg in your beer

Some places will serve you a chilled bottle, but it’s much more common to drink beer in a glass with a huge chunk of ice. Servers hover nearby in Vietnam, waiting to dilute your beer with a fresh iceberg as soon as your old one melts. So, unless you like warm beer, get used to drinking with a piece of ice jabbing you in the face — and refills are automatic. By the time you protest, it’s too late. You’ll get used to it. 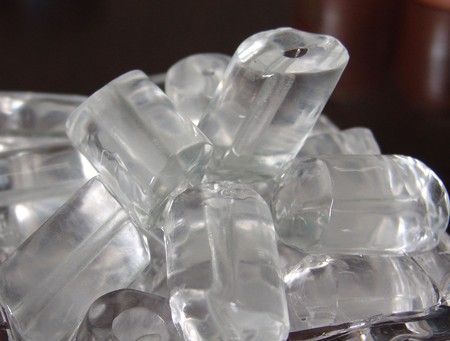 You’ll be saying them a lot. They’re not for every drink, but just about. Lull in the conversation? Cheers! Somebody made a good joke? Cheers! The foreigner looks confused? Cheers!

Sometimes there’s a Super Cheers. For this one, the pattern is the following: Một, hai, ba, hai, ba, Vô! Don’t hold back. Shout it out as loud as you can.

Time to drink, my friend. Usually this is done one on one — but it’s not a race. Tap your glasses and bottoms up! If you don’t want to finish your beer, ask for a compromise: Năm mươi phần trăm (nam moo-uy fun cham) / 50%. You’ll get some easy laughs with that phrase. If you’re already near your limit, don’t feel bad about refusing. The goal is to get everyone drunk enough to have fun. Puking isn’t much fun, though. If you can’t drink anymore, say this: say rồi (sigh roy) / drunk already. Again, more laughs. 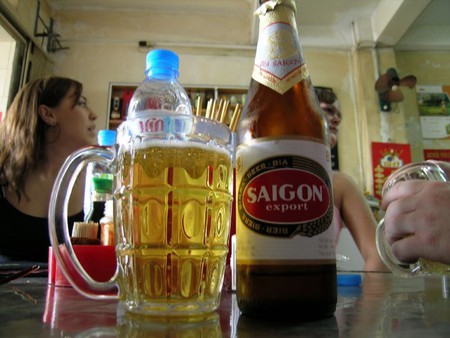 Beer drinking in Vietnam isn’t overtly competitive, but everyone knows the score. Empty bottles are kept under the table, so the servers can count them at the end of the night — but Vietnamese people also use them to keep tabs on how many everyone’s had. It’ll surprise you the first couple of times when your friends tell you what number you’re on. There’s no “I drank more than you!” though. It’s more subtle than that — and always in good fun.