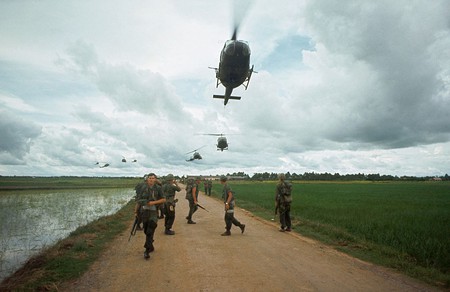 U.S. soldiers stationed in Saigon were originally scattered in units throughout the city, but the bases were eventually centralized to live on a massive compound 20 kilometers outside of Saigon called Long Binh Post.

The troops sent to Saigon originally lived in army units dispersed throughout the city. In the interest of security – and to ease communications – the army centralized Saigon’s American forces in 1967 by stationing them all at an enormous compound built just outside of the city. Long Binh Post was a sprawling, 3,500 building campus that housed 60,000 army personnel at its peak and was larger than modern-day Cleveland.

Not every soldier deployed to Vietnam saw combat. Statistics indicate that of the nearly 2.5 million soldiers sent to Vietnam, only 25-30% were front line infantrymen. The rest were support troops living in relative comfort away from combat, and this is said to be especially true of support troops stationed at Long Binh. 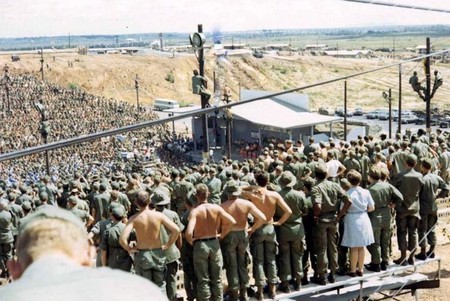 The base also featured laundromats, a Chase Manhattan bank branch, and boasted a popular nightlife scene with over 40 bars and restaurants. 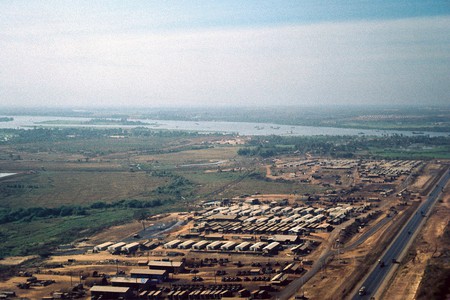 Soldiers lived in long, wooden, barrack-style buildings on the base. The barracks and other buildings in Long Binh were basic and comfortable, a world away from what soldiers on the front lines endured in the field. Long Binh Post was attacked by the North Vietnamese during the Tet Offensive in 1968 but the base suffered minimal damage.

The United States Army handed over Long Binh Post to South Vietnamese authorities in late 1972. After the war’s end in 1975, Long Binh Post was effectively torn down and has since been transformed into an industrial park. Visitors seeking to catch a glimpse of the old American headquarters will be disappointed – the complex has been entirely rebuilt and is now completely unrecognizable.