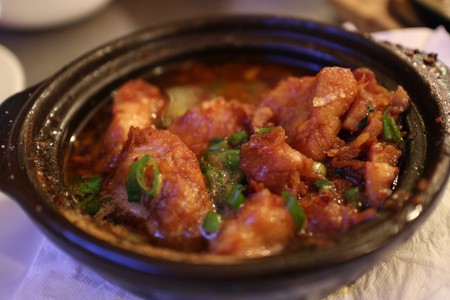 The delicious cuisine of Vietnam changes from region to region and the differences are rather noticeable. Here is how the cuisine of the north differs from that of the south.

A tale of two Phởs

Northern Vietnam is the birthplace of many Vietnamese favorites such as phở, banh cuon and bun cha; the first two are breakfast staples and the latter is a lunchtime go-to. Phở is Vietnam’s national dish and the most well-known outside of Vietnam. It’s your typical noodle soup dish, made of three components: a flavorful broth, some kind of meat and delicious silky rice noodles. You can add in extra flavoring according to your taste — usually you get the dish served with additional ingredients and condiments such as fish sauce, chilies, lime and other greens. Some people even add sugar. It’s up to the consumer. 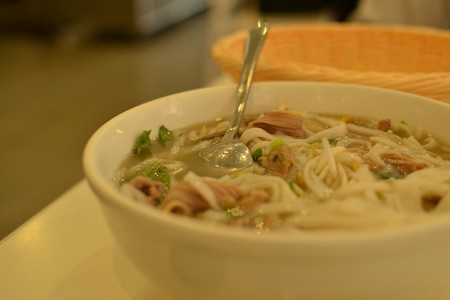 The southern version of phở is often preferred over the northern version, but you must try this dish at least once while you’re in Hanoi because the most authentic version of the dish is served here. Head to Phở Gia Truyen, located at 49 Bat Dan Street for a nice big bowl. It may be a small restaurant, but it has a lot of personality. During meal times, you will find queues stretching across the street, as half of Hanoi are, as the kids say, “down to phở.” As seats are hard to come by during meal times, we recommend you go there on your motorbike which serves as an impromptu dining car.

A taste of the north: pork, pepper, and stir-fry

Another northern favorite is bún chả — a meat heavy noodle dish. Bún chả is served with separate components: heavy sweet and sour broth with a fish sauce, sugar and vinegar, vermicelli noodles and lastly, charcoal grilled pork patties and pork neck. Unlike the other broths, you cannot drink this one. On the side comes a basket of veggies and herbs that you can add to your meal, if you prefer. When President Barack Obama visited Vietnam on his state visit, American chef Anthony Bourdain treated him to a hearty meal of bún chả at Bun Cha Huong Lien, and since then, the table has been left uncleaned. It has actually been turned into a shrine. Check it out at 24 Le Van Huu. 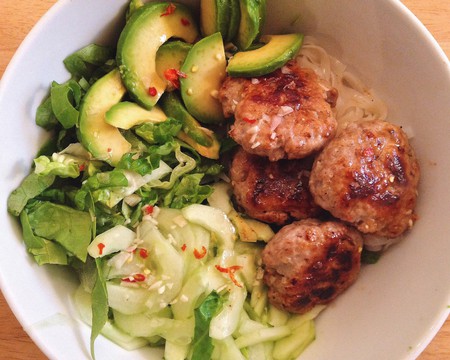 Other dishes that originated in Hanoi are bun rieu (crab noodle soup), banh cuon (steamed rice rolls), xoi (sticky rice), bun thang (fermented fish paste noodles), and bun dau mam tom (fermented shrimp noodles). After trying some northern Vietnamese cuisine for a while, it becomes evident that the food is heavily influenced by China — there is a lot of stir-frying and noodle-based dishes, with the regular use of soy sauce, as well as sticky rice.

Another common trend is that the food does not get served spicy. Chilies aren’t often used as ingredients and in their stead, black pepper is added. This is because the colder climate in the north is not suitable for growing certain ingredients such as chilies and other spices, which affects their availability. 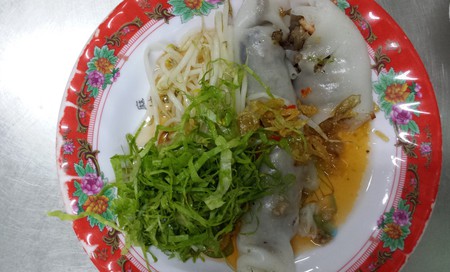 Overall, the northern flavors are rather harmonious, and one taste does not overpower the other. The flavors are light and balanced.

A taste of the south: sweeter, spicier flavours

If you try the same dishes from the north in the south, the differences will be readily apparent. Things are much, much sweeter in the south and some go as far as to say this trend reflects the people down there. The sweetness is thanks to the use of sugar and coconut milk in dishes — tips taken from neighboring countries like Cambodia and Thailand. The food is also spicier; however, the spiciest is in central Vietnam.

A good way to learn about the differences in northern and southern Vietnamese cuisine is to try pho in both regions. Pho in the south comes with a lot more herbs and garnishes, making the soup murkier which is much different to the clear broth you get served in the north. It’s also a lot more flavorful and your tongue will be able to identify the different types. 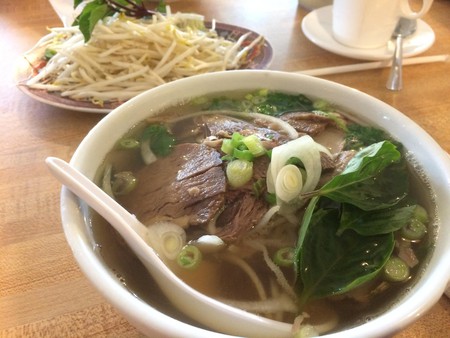 Other dishes to try in the south are banh mi op la (a sandwich with an omelette) and hu tieu nam vang (noodle soup). Banh mi op la is a fusion dish. Since Ho Chi Minh City is very international, foreign influence is readily apparent and you will find a lot of these dishes. Banh mi is the famous Vietnamese baguette sandwich, with the bread introduced by the French. Since then, the Vietnamese have added whatever ingredient they could think of, making the sandwich entirely their own. In banh mi op la, however, the baguette is plain, and you get eggs served sunny-side up, often supplemented with cucumber, caramelized onions and peppers, and some beef. It’s similar to a western breakfast, not only when it comes to the ingredients, but also, methods of preparation. 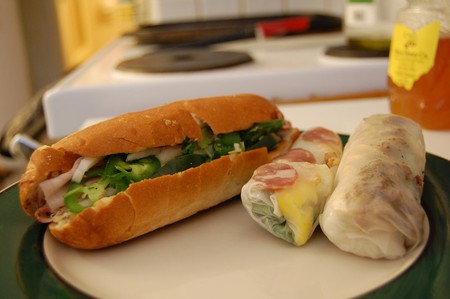 The warmer climate of the south is also ideal for growing a wide variety of vegetables, fruit, and livestock. Most noodle soups in the south come with a large helping of herbs and vegetables, such as hu tieu nam vang, a Chinese and Cambodian influenced pork-based noodle dish. Like this, other noodle soups are vibrant and flavorful, with liberal use of a variety of ingredients. As mentioned earlier, the soups can often be sweet, thanks to the use of sugar and coconut milk.

Other dishes you must try in the south are com tam (broken rice with pork), banh tam bi (coconut cream noodles), and goi cuon (summer rolls). Goi cuon is a wrap and roll dish where you lay out a bunch of ingredients on rice paper and roll it up yourself, before dipping it in fish sauce and taking a bite. You will find a lot of these because the Mekong Delta is the largest producer of rice paper, and of course, rice. Com tam is made with broken rice, a byproduct of rice production that farmers made use of, rather than letting it go to waste. It’s now a favorite lunchtime meal. 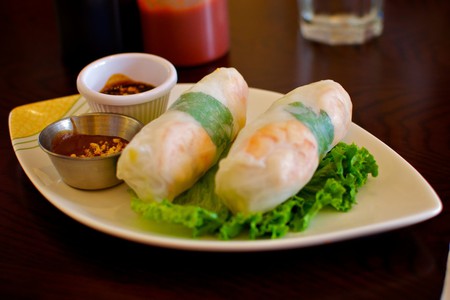 Since fish sauce is also widely produced in the coastal areas of the south, such as Nha Trang, Mui Ne, and Phu Quoc, you will almost always get a small bowl of this along with your meal, whereas in the north, soy sauce is more common.