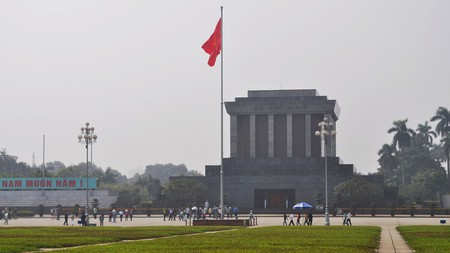 Avid collectors of weird and unusual experiences need to make their way to the Ho Chi Minh Mausoleum in Hanoi to learn the fascinating story of how the beloved Vietnamese leader was embalmed following his death in September 1969. 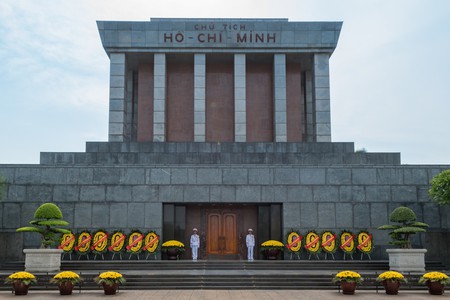 The Ho Chi Minh mausoleum was inaugurated in 1975 and was inspired by Lenin’s Mausoleum in Russia. The columned exterior is made of grey granite while the eerily cold inside is constructed from red, black, and grey polished stone. The designers added distinctive Vietnamese architectural styles, such as the sloping roof, to differentiate it from the Russians’. One distinct element of each mausoleum is the same – and that is the preserved bodies of their respective leaders carefully looked after and centrally presented in a dimly lit glass case.

When Vietnam’s beloved leader passed away of heart failure in 1969, officials began planning his preservation. They flew in a team of Russian scientists from the “Lenin Lab” who, as the nickname suggests, successfully preserved Lenin’s body after his death in 1924. By the time Ho Chi Minh died the scientists had made significant strides in their experimental embalming routine. 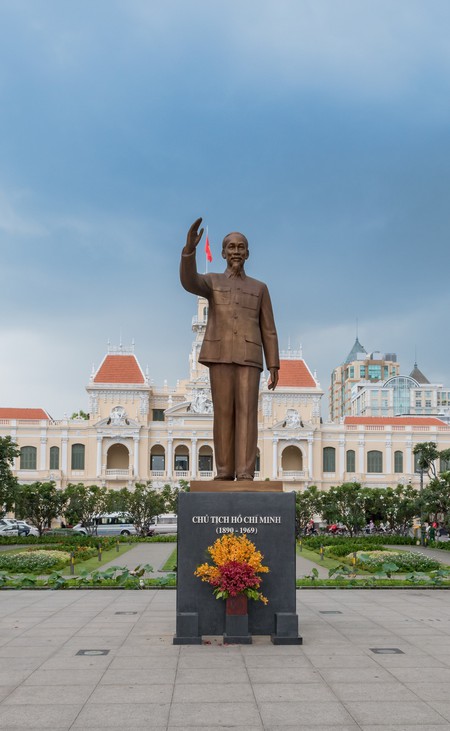 The team of scientists were flown in to Vietnam during the height of the Vietnam war and were taken to a top-secret temporary tomb lying north of the capital. There they began the long process of embalming Ho Chi Minh. American troops were actively searching for the leader’s body; if they had captured it, it would have been the best bargaining tool to force Vietnamese soldiers to release American POW’s. The Vietnamese knew this and kept Ho’s body hidden in an underground chamber deep in the jungle.

Eventually, war hostilities escalated and Ho’s body had to be moved to a safer location. His body was transported some 15 km down the Red River (also known as the Hồng Hà and Sông Cái) and placed inside an enormous cave outfitted with air conditioners, electricity, running water and a full laboratory where the scientists carried out the rest of the lengthy embalming process. It wasn’t until peace agreements were signed in 1975 that the mausoleum was inaugurated and Ho Chi Minh’s body was securely laid inside the grand tomb. It is a place for devoted Vietnamese to honour their cherished leader; but, ironically, at the cost of denying Ho Chi Minh’s wishes to be cremated.

Keeping a body preserved for decades requires routine maintenance. The team who regularly tend to Lenin’s corpse pay excruciating attention to detail to preserve Ho Chi Minh’s body as well. “Uncle Ho” is reportedly sent back to Russia around October/November each year for a two- to three-month upkeep routine involving washing and re-embalming the body as well as carefully maintaining his facial features. The result is the near-immaculate, albeit a little plastic-looking, preservation of Vietnam’s revered leader. Please note that photos and videos inside the mausoleum are strictly forbidden.

The Ho Chi Minh Mausoleum is open to tourists Tuesday, Wednesday and Thursday, from 7:30 am to 10:30 am, as well as Saturday and Sunday from 7:30 am to 11:00 am. It is closed on Mondays and Fridays. The earlier in the day you go, the better – regular lines are enormous!