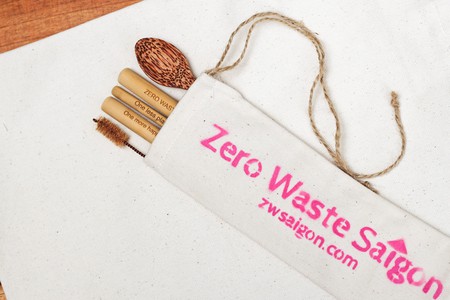 The severity of plastic waste around the world is finally being brought to the limelight. In the wake of international attention to the threat plastic waste poses to our natural environment, here is what Ho Chi Minh City is doing to fight for a greener future.

On April 19, the Consulate General of the United States in Ho Chi Minh City held a seminar discussing the gravity of ocean pollution in Asia. Experts at the seminar produced appalling statistics which state that nearly 18,000 metric tons (39,683,207 pounds) of plastic waste are generated in Vietnam every day. This finding indicates how desperately Vietnam needs to adopt major changes in consumer and business behavior to avoid becoming a giant landfill. 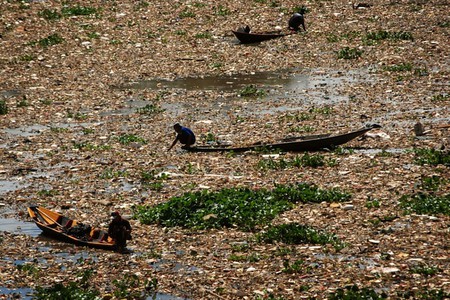 In 2015, Vietnam was named fourth out of five countries that dump more plastic into the oceans than the rest of the world combined. A 2015 Ocean Conservancy report states that 60 percent of the plastic trash flowing into the ocean comes from China, Vietnam, the Philippines, Indonesia, and Thailand. All five countries have rapidly growing economies with high consumer demand for products, but no infrastructure to handle the waste that comes along with it. The big Vietnamese cities all have waste collection systems, but in rural areas, only 40–60 percent of trash ends up in landfills. The rest gets dumped into rivers and streams that carry it out to the sea where the trash chokes marine life and strangles oxygen out of the water. At this rate, the ocean is predicted to be empty of fish by 2050.

Expat couple Julia Mesner-Burdge and Michael Burdge noticed the prevalence of single-use plastics upon their arrival to Saigon six months ago and are making waves in the zero-waste community. Culture Trip spoke to them about the positive impact they are having in Saigon as well as the steps they are taking to motivate consumers to change their wasteful ways.

“It all started because of a monkey,” Michael says. Michael and Julia were on a trip to Ho Tram when they saw a baby monkey eating a plastic bag. As a mother to a two-year-old toddler, Julia was especially moved and tried to take the bag away from it. “I realized tomorrow I’m not going to be around to save him, so thought I’d create the group to see if anyone’s interested.” That was three months ago. Today, their Zero Waste Saigon Facebook group has nearly 3,000 members, and they have successfully launched an online Zero Waste Saigon store that offers products such as bamboo straws, grass straws, canvas bags, and other eco-friendly products, largely sourced from a supplier in the Long An Province in southern Vietnam. 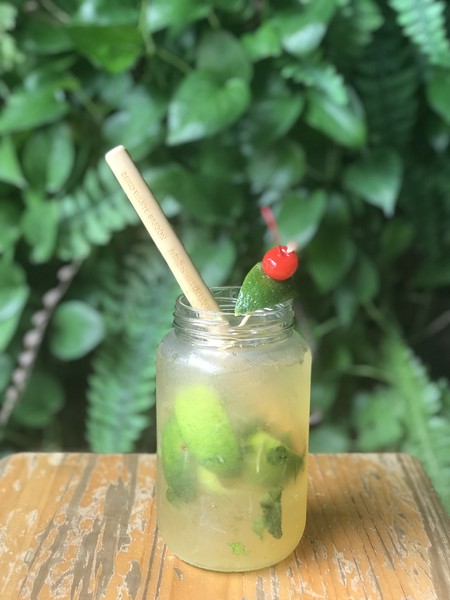 The environmentally-minded couple also run community outreach programs. They give presentations to local schools and created a medal system to motivate businesses to be as green as possible. Their medals reward businesses for various sustainable goals, such as plastic-free delivery, and are awarded to businesses who pledge a long-term commitment to waste reduction practices. 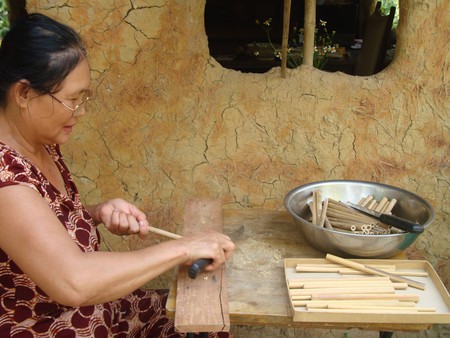 As their business grows, so does their mindfulness about starting an environmental movement in other countries. Julia told Culture Trip that they are working closely with Việt Nam Sạch và Xanh (Keep Vietnam Clean and Green), an environmental group that can reach more Vietnamese locals. “I really want to get most Vietnamese people involved. They are the ones who are going to be concerned. Most Westerners are probably going to move out at some point, but [Vietnamese locals] are the ones who will get affected,” she says. Michael and Julia’s philosophy is to act, not just talk about the problem, and their activism is a refreshing light at the end of the tunnel in places with some of the most pollution in the world.

Vietnam has developed a recycling-focused plan to deal with waste by 2025, hoping to collect and treat up to 90 percent of solid waste in cities, recycling or reusing 85 percent of it to produce energy or organic fertilizer. Unfortunately, Vietnam does not yet have the infrastructure to achieve this goal. 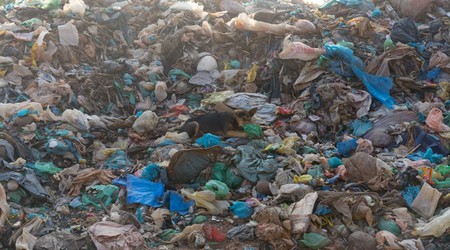 As with many countries around the world, Vietnam requires a large investment into technologies to help keep its pristine countryside safe from mountains of trash. As for the beaches, tourists and locals regularly team up for clean-up efforts; but until consumers change the way they use and discard plastics, more and more trash will continue to spoil Vietnam’s picture-perfect coastline.