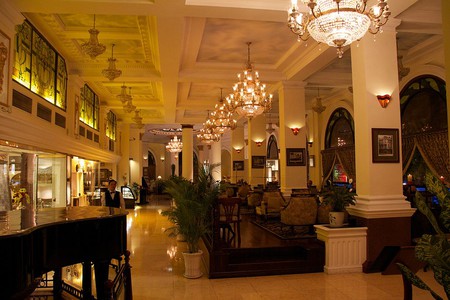 Ho Chi Minh City has no end of excellent drinking dens, but it’s often easy to overlook the amazing hotel bars, writing them off as guests-only venues. However, some of the city’s hippest hotel bars are open to the public and well worth a visit. Here are five of the best. 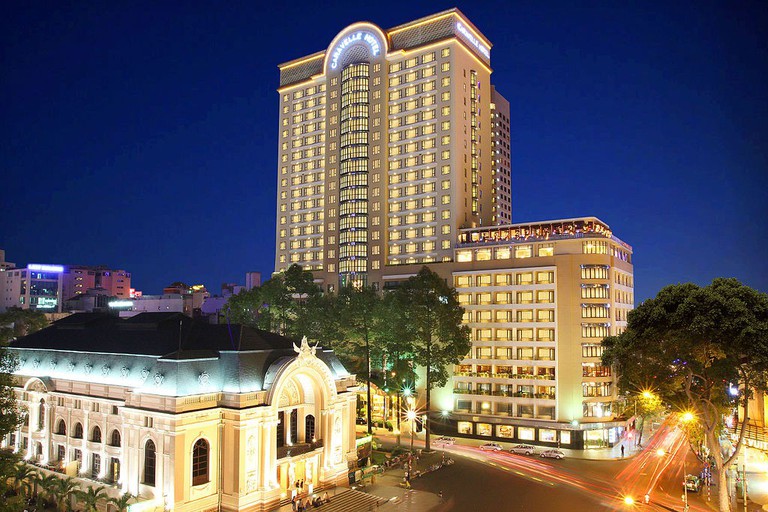 Located on the ninth floor of Caravelle Saigon is one of the city’s most famous watering holes: Saigon Saigon. Known for its role in the Vietnam War, the bar was the place-to-be for journalists and correspondents during this time and used for daily briefings throughout the war. Chequered floor tiles and faded photographs remain as a reminder of the era. Although located on a relatively low floor in comparison to other hotel bars in the city, Saigon Saigon does offer a surprisingly impressive view, overlooking the Notre-Dame Cathedral and Saigon Opera House. Caravelle Saigon itself is a five-star hotel, with over 300 rooms and beautiful French-Vietnamese architecture. 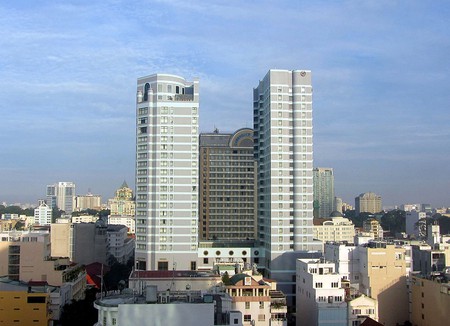 Atop the Sheraton Saigon Hotel & Towers is one of the loftiest drinking dens in Ho Chi Minh City. The stylish and sophisticated Level 23 Wine Bar is perfect for those who want to escape the chaos of the streets below. Unlike many other hotel bars, this chic haunt is so far above street level, there’s simply no noise from traffic – only the low hum of chatter and music. With almost 500 rooms spread across 25 floors, the Sheraton Saigon Hotel & Towers is located in one of the most convenient areas for sightseeing. 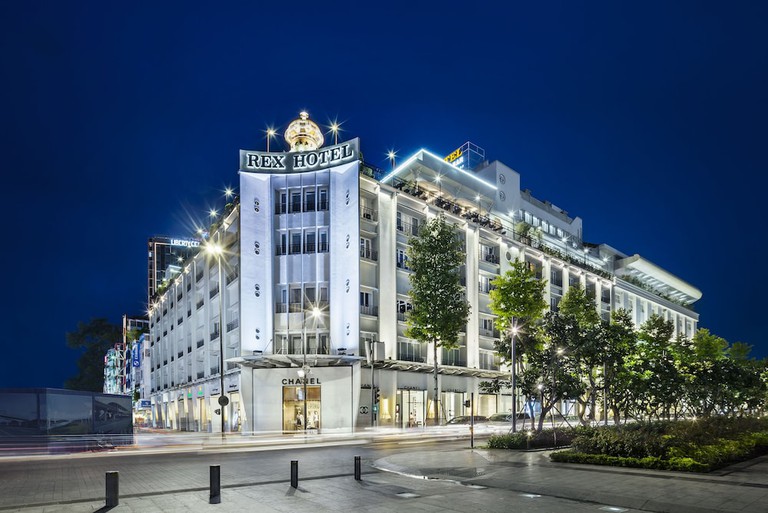 Rex Hotel | © Hotels.com
View More
Price Drop
Now from $80 per night
The rooftop bar of Rex Hotel may only be on the fifth floor, but it still has a breathtaking view of its surroundings. If anything, the perspective provides a closer look at nearby landmarks such as the People’s Committee Building and Saigon Opera House. If that isn’t enough to convince you, there’s also an open-air dance floor, a bar illuminated by neon lights and entertaining evening performances. Built in 1920, the building was originally filled with shops, but it’s now one of the most renowned hotels in the city.
More info 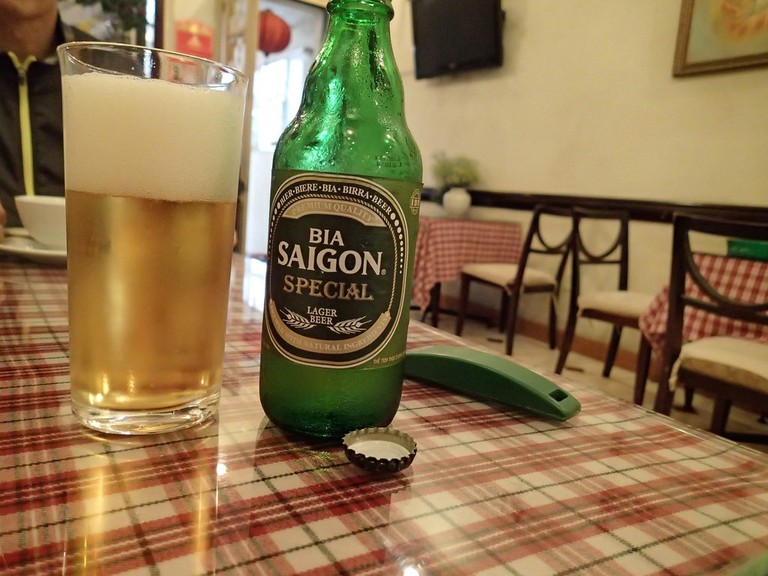 Perched atop Duc Vuong Hotel, The View Rooftop Bar is one of the more laid-back joints in Saigon. Rather than flocks of suits and wealthy Westerners, a steady stream of backpackers and budget travellers tend to pass through the doors here. This ninth-floor gem overspills with foliage and greenery, no-nonsense benches and chairs and a few fairy lights. The prices are very cheap in comparison to most drinks menus, starting at 20,000VND (80p) for beer. While the three-star Duc Vuong Hotel is home to decent-sized rooms and great amenities, the bar is arguably the best bit.

The fifth-floor Breeze Sky Bar offers a picturesque view over the Saigon River, rather than the usual city vistas. The all-day bar is also apparently where author Graham Greene wrote The Quiet American, a war story based in Ho Chi Minh City. The French-colonial-style hotel has been open since 1925 and offers a number of luxurious suites.