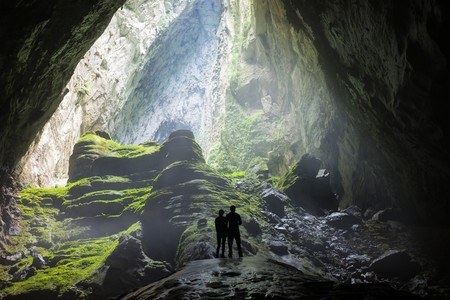 For many tourists, Vietnam brings to mind beaches, river deltas, rice paddies and jagged mountains. But underneath this country’s diverse and exotic landscape hides another dimension of beauty. From the grottoes at Trang An to Son Doong, the world’s largest cave, there are many geological wonders for you to experience on your next holiday to Vietnam.

Nothing compares to Phong Nha-Ke Bang National Park. It stands alone as the Kingdom of Caves in Vietnam. Limestone karsts jut out like the humps of an ancient dragon, while unseen rivers flow through underground worlds large enough to have their own ecosystems. This UNESCO World Heritage Site is roughly 210 kilometres northwest of Hue, located in a sparsely populated area that isn’t on the usual itinerary for tourists – but should be. 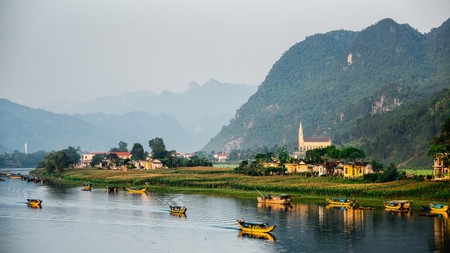 To get the full cave experience while you’re in Phong Nha Ke Bang National Park, head to Tu Lan Cave. You’ll swim through underground rivers, camp on a beach, crawl over underground waterfalls and hike through amazing valleys. You’ll actually have to get down and dirty to make it through this adventure, but there’s no need to worry. Trained guides are there to keep you safe. 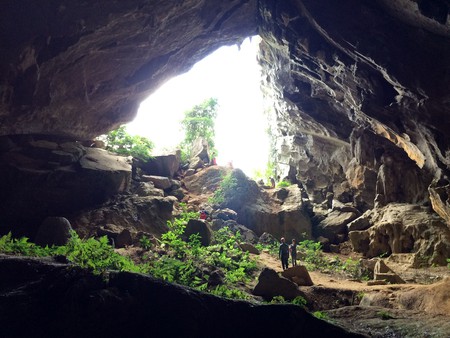 Definitely a bit of space to move around | © Grace Lopez/Flickr

Son Doong gained instant fame in 2010 when a team of British explorers reported that it was in fact the largest cave in the world by volume. Since then, Son Doong has become one of the most sought-after destinations for tourists in Vietnam. Unfortunately, the number of tours is very limited. Fewer than 2,000 people have gone on the week-long trip since tours first started in 2013. Book way in advance if you want to experience this natural wonder. 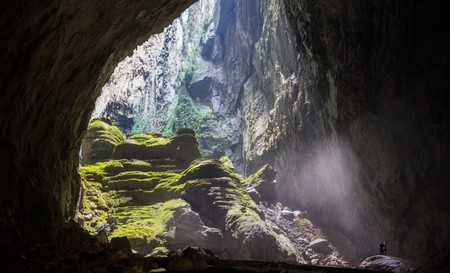 Paradise Cave is the most popular spot in the park, featuring giant stalagmites and stalactites that give you a real sense of the eternities it took for these underground realms to form. There are also stairs for those who don’t feel like climbing over boulders and waterfalls. 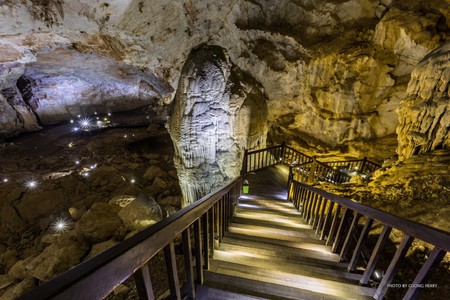 These iconic islands are a must-see for most people travelling through Vietnam. Every year, millions explore the bay on a wide variety of tours, trips and excursions. And while most people prefer to float around the islands, you can actually go inside many of them as well. For a different kind of experience, we recommend you get a kayak and paddle your way in. 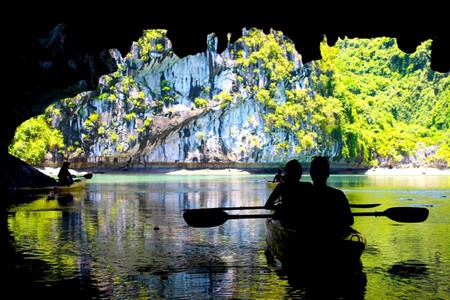 Just a short drive from Hanoi, Ninh Binh is a convenient way to see amazing caves without investing a large chunk of your holiday time. This area is often referred to as Ha Long Bay on land, though it’s not nearly as crowded.

Most of these caves are flooded, so you’ll have to row into them. Guides usually do the hard work, so sit back, relax and take in the beautiful scenery. Some of the grottoes are a bit of a squeeze, but the guides know what they’re doing. And while the caves aren’t as extensive as those in the Phong Nha-Ke Bang National Park, visiting the Trang An Grottoes adds a cultural element to your trip, with the chance to see some temples and other wonderful examples of Vietnamese architecture. 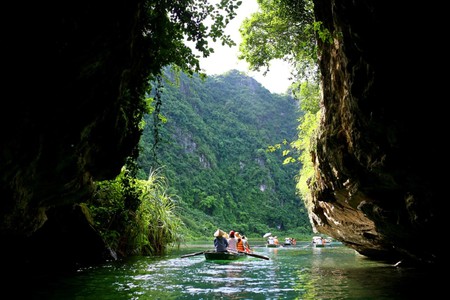 Tam Coc is a little town just a few kilometres away from the Trang An Grottoes – and it’s just about the prettiest place you’ll ever see. This, along with its appearance in 1992 Oscar-winning film Indochine, is why Tam Coc is so popular with tourists. Rivers meander through limestone karsts and rice paddies and into the mouths of caves, making for a picture-perfect experience. If you’re in Hanoi for any length of time, you really should book a trip to Tam Coc. It’s a great way to reset after you’ve been through traffic hell. 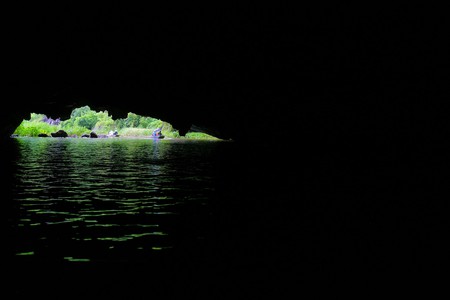 So much of Vietnam’s beauty is hidden below the surface, etched and carved into the mountains hugging the coastline of this picturesque nation.

To discover the caves of Vietnam, and all the other sites it has to offer, check out Intrepid’s range of Vietnam trips here.