Discover Vietnam's History Through These Films 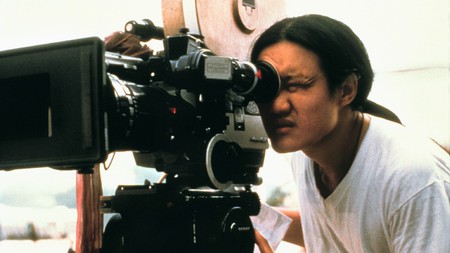 While travel to your dream destinations isn’t an option, what better way to discover a country than through the cinema it produces. Vietnam’s rich past has inspired filmmakers for decades. Here’s our pick of films that take you on a journey through the history of this dynamic Southeast Asian country.

Ask most folks about Vietnam, and thoughts naturally turn to Tom Cruise in a wheelchair or Robin Williams in a radio station, surrounded by jungle. Ranging from French colonialism to innumerable conflicts, from poverty-stricken decades to newfound glory, Vietnam’s recent history is more complex than just ‘the American War’. Here, we’re taking an alternate cinematic approach to its recent past, ignoring the war years and tracing the country’s past through lesser-known movies.

By the early 20th century, France had all but colonised a large part of Southeast Asia, colloquially renaming the region Indochina. Vietnam was a jewel in its colonial crown, a vibrant coastal country that saw riches stream in through natural resources, with the Roaring ‘20s and beyond being a period of boom.

That vibrancy, that feeling of opportunity saw innumerable French migrants make the long journey from the other side of the globe, to what they referred to as Saigon’s ‘Paris of the East’. Those foreign experiences are showcased inIndochine (1922), set in that heady late-1920s/early-1930s period and almost exclusively told from the French perspective.

The two central roles are thinly-veiled analogies for each respective country, and across its sweeping 30-year span, we see social justice come into play, France’s eventual decay parasitically latching onto a country that would die fighting for its own freedom.

That disillusionment in the colonial era acts an appropriate bookend before the threat of communism entered Southeast Asia, and, as the French temporarily exited and Japanese forces occupied Vietnam, here we find ourselves the middle of two wars.

World War II took a heavy toll on Vietnam, not only physically as the country began to rebuild, but psychologically as well. Post-Japanese occupation, Vietnam’s fight for independence was defied once again by France’s attempt to re-colonise the country – ironic, considering they had been recently liberated themselves from the Nazis.

The French-Indochina War raged for nine years; a slow-burn struggle that saw the tide often turn from one side to the other. Novelist Graham Greene was living in Saigon at the time and based his defining book The Quiet American on his experiences.

A politicised romance that predicts the US’s ill-fated involvement in the upcoming war, it was faithfully adapted in 2002 by director Philip Noyce, starring Michael Caine and Brendan Fraser. Ostensibly tracing the love triangle between a jaded British journalist, his innocent Vietnamese girlfriend and the eponymous American (who’s not all he appears to be), it’s the partisan undercurrents that truly matter.

Like Indochine, Greene mirrored his characters against their country’s dogmatic interests in the upcoming war, and both the restrained Caine and the boorish Fraser play off each other impressively on-screen, a battle of conceit for a country that never was or will be theirs.

The Quiet American’s story is prophetic and the film an admirable adaptation of one of the best books about Vietnam – but, for all its insights into the country’s then-migrant life, it doesn’t ever really consider the local perspective. For that, there’s Scent of the Green Papaya (1993), a profoundly subtle film that follows a Vietnamese servant girl between the two wars.

On the surface, we see her life balanced against those above the class divide, among people caught up in everyday realities of society. But French-Vietnamese auteur Tran Anh Hung ignores the obvious, overwrought drama of it all and instead centres the film on the sheer beauty of Vietnam.

By showcasing her appreciation of Vietnam’s many minute charms – the leaves in the garden, drops of water against a pane of glass and, yes, even the scent of freshly sliced fruit – the film displays a dreamlike sense of nostalgic contemplation for a period now long gone.

It’s an ode to a simpler time, closing up as it does at the tail-end of the 1960s – just as the war began to take its toll.

The Vietnam war burned like a fire throughout the entire country, and the years following its 1975 end were a time of recovery. The country’s post-war struggles were immense, and, for over a decade, their fate went from bad to worse – falling into skirmishes with their neighbours Cambodia and China, being shunned by large parts of the world and relying heavily on aid from the Soviet Union just to survive.

The 1980s were an incredibly trying time and not one that forward-facing Vietnamese wanted to dwell on, especially in the movies. But, as the 1990s emerged and market reforms, as well as global relations, were re-established, things started to prosper.

That newfound sense of energy and almost innocent exuberance is best showcased in Three Seasons (1999). As the first American film to be made after president Clinton lifted the embargo against Vietnam, it exploded onto the Sundance scene, winning both the Grand Jury Prize and the Audience Award.

We follow an array of characters on Vietnam’s bottom rung as they attempt to make sense of their home country emerging into capitalism: cyclo drivers and prostitutes, flower pickers and poets, alongside Harvey Keitel as a former American G.I. searching for his long-lost daughter.

It’s a picture of Vietnam both past and present, revealing the poetry and majesty the country was giving up at the time as it ironically fought for the American dollars that would make it globally respected. The film’s wide-eyed approach is mostly commendable, but its events can feel heavy-handed and saccharine at times, far from what most experienced.

On the other end of the spectrum, and making no qualms about its pessimistic tendencies, there’s Cyclo (1995), Tran Anh Hung’s follow-up to Green Papaya – equally as focused on the working class, but viewed now 30 years on through a more realistic angle of deceit and despair.

Here, our cyclo driver isn’t a smiling tourist magnet but an innocent man who finds himself descending deep into the country’s gangster landscape. One bad turn leads to another, and, as his own life starts to crumble, the camera reflects our voyeuristic perspective, winding from grimy back alleys into flashy clubs and out again onto the sunny streets of Saigon.

With silence followed by violence – its neo-realistic influences removing all stereotypes and clichés – the film is artful and exploitative, a nihilistic look at a country that was left crushed and confused, its cathartic aggression ironically leading to a new dawn.

It was trade that really changed things – trade not only for natural resources but, now, production across all facets as the world became warier of global powers such as China. And this time, it wasn’t the French or the Americans or the Soviets who profited. It was the Vietnamese, finally living off their own land.

Within this mix, was filmmaker Stephane Gauger. An American born in Vietnam during the height of the war and raised in California where he studied French literature, Gauger epitomised the country’s recent history, which he channelled into debut feature The Owl and the Sparrow (2007).

Taking equal inspiration from Green Papaya and Three Seasons, the film presents a documentary-like approach of Vietnam in the new millennium, once again showcasing the poverty-line plight, but balanced with a contemporary twist of a 20-something stewardess.

Analogous to Saigon’s new middle class, her surface-level success now suffers not from poverty or hunger, but from the modern existentialism of meaning and direction. And through her connection with those less fortunate, she discovers a finer appreciation for life – a shallow interpretation, possibly, but one that displayed flashes of growth that reflected Vietnam’s own.

Gauger unexpectedly died a couple of years back at just 48 – but his legacy lives on in a similarly evolving, multifaceted breed of filmmakers. The acclaimed Hong Khaou might technically be from Cambodia, but his youth was spent in Vietnam, escaping the Khmer Rouge before being raised in the UK.

And, with his latest film Monsoon (2019), those Vietnam recollections are on full display, through an evocative ode to the country and the many lessons its globalised populace has learned throughout the decades. It traces the countrywide journey of a ‘Viet Kieu’, a foreign-raised child of refugees returning to a home he’s never known, as he attempts to scatter his mother’s ashes.

Touching on contemporary themes, especially for Vietnam, such as homosexuality, feminism, the value of artists and – of course – that all-important modern malaise of finding meaning, the film is both an ode to the past and also passionately, wholeheartedly embraces the future.

For a country speeding head-first into the new capitalistic world, while constantly paying homage to its once-and-forever socialist roots, it’s the culmination of contemporary Vietnam, focusing, as it should, on the people that make up such a complexly beautiful country.