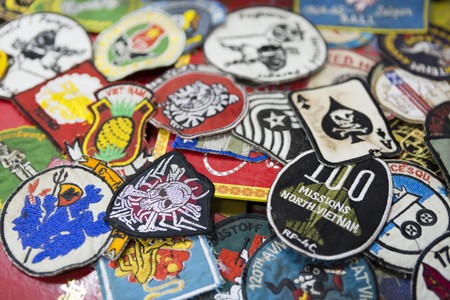 Ho Chi Minh City’s Dân Sinh Market is unlike any other in the world. In this tight space where stalls overflow into narrow walkways, you’ll find construction tools, industrial equipment and most fascinating of all, memorabilia from the Vietnam War. Here’s what to expect.

History of the War Surplus Market

Like many buildings in historic Ho Chi Minh City, the Dân Sinh Market – also known as the Yersin Market – has a long and strange history. In the years leading up to Vietnam’s defeat of the French at the battle of Diem Biem Phu, which ended the colonial era, this market area was a popular gambling zone among foreign soldiers. After 1954, the building shifted to a market like we see today, but primarily selling food. 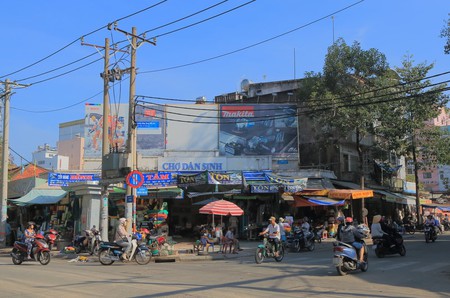 Around the time when the American War ended (culminating with the Fall of Saigon in 1975), the Dân Sinh Market transformed from a gambling area to an industrial market – a place to find tools, equipment and construction materials. The years after the war were difficult, and tourism was non-existent, so war memorabilia wasn’t as prevalent. With no foreign collectors to sell to, much of the surplus war goods were broken down into their component materials to be used in other ways.

It wasn’t until foreign tourists returned to Vietnam in the 90s that the Dân Sinh Market morphed into what we see today. People came looking for war memorabilia, and they quickly bought up all the authentic pieces. It’s estimated that as much as 99% of the war memorabilia in the market now is fake. Vendors will even take orders to produce fake zippo lighters, helmets, dog tags and old kinds of insignias and uniforms, which are then sold to collectors around the world. 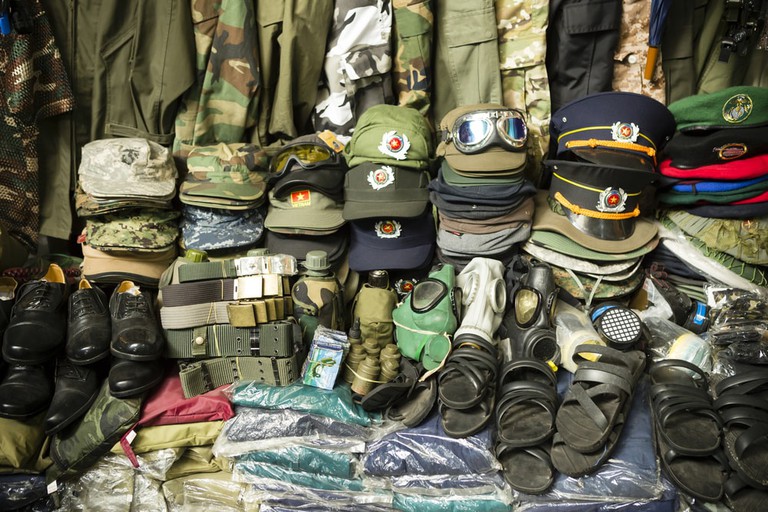 Dan Sinh Market, Ho Chi Minh City, Vietnam | © Nalidsa / Shutterstock
Dan Sinh Market goes by many names: Yersin Market, The War Surplus Market, and The American Market. This market caters to clientele who are interested in buying military memorabilia. Over here, you will find combat boots, rusty dog tags, rain jackets, mosquito nets, hammocks, canteens, duffel bags, ponchos, combat tents, binoculars, the list goes on. Many of the items may be replicas, however they still make cool souvenirs. Check out Steven’s Shop for some awesome vintage items, which are also showcased on his Facebook page. Among the maze of stalls, you will also come across propaganda art pieces here and there, such as coasters, posters, magnets, and Zippo lighters, featuring familiar propaganda symbols. If you’re lucky, you’ll come across a Chairman Mao alarm clock.
Open In Google Maps
Quan 1, Hồ Chí Minh, Vietnam
+842838251130
Give us feedback

There are three gates that lead into the market. For the easiest route to the war memorabilia, find Gate 3 on Yersin Street. Once inside, the war memorabilia will be on your left. There are a couple of different walkways, so be sure to explore each of them. 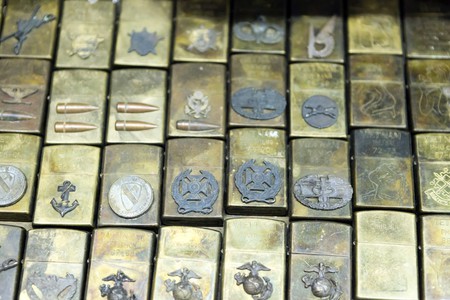 While most people visit this market for the war memorabilia, there are also vendors who sell high quality camping gear. One of the best ways to save money as you backpack through Vietnam is to set up camp, and since flying with your gear isn’t always feasible, it makes sense to buy what you’ll need once you arrive here. To find this gear, look to your right when you go in Gate 3.

If you’re the handy type and are interested in picking up some tools at a fraction of the price, the Dân Sinh Market has plenty for you to check out. These items will be straight ahead when you enter Gate 3. 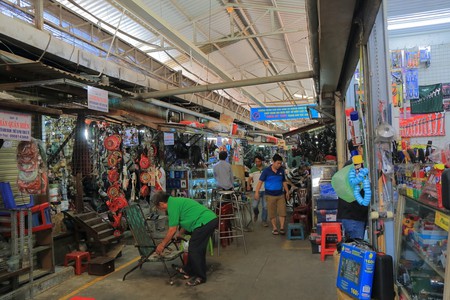 As we mentioned before, most of the war memorabilia that remains on sale today is fake. Professional collectors have long since snagged all of the authentic items – but this doesn’t mean you won’t find something interesting. Even the reproductions will have meaning to some people. And do remember to barter.