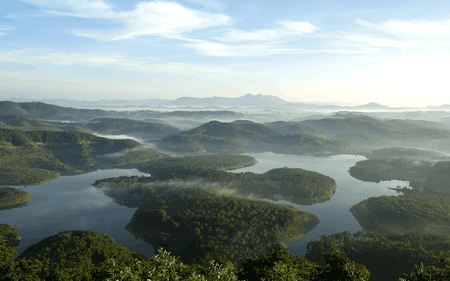 Nestled in the southern highlands of Vietnam, Da Lat sits 4,900 feet above sea level and provides a refreshing respite for anyone looking to escape the tropical heat of the South. Da Lat is also the agricultural powerhouse of Vietnam and it’s definitely worth a trip to see how inhabitants have devised high-tech farming systems to feed fresh fruits and vegetables to millions of Vietnamese. 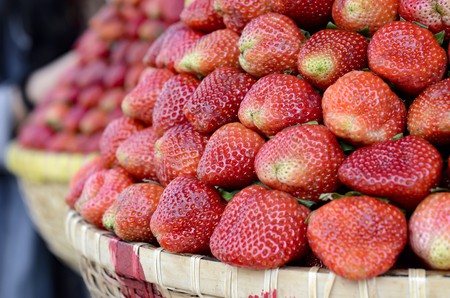 The city of eternal spring

This city is the one place in Vietnam where you can experience all seasons in one day. Spring in the morning, summer at midday, autumn in the evening, and winter at night. That being said, make sure to bring warm sweaters and pants if you plan on visiting during the Southern “winter” months of November- February.

Owing to its romantic sights (such as beautiful Xuan Huong lake) and cuddle-worthy climate, Da Lat has also made a name for itself as the honeymoon capital of Vietnam. It is also home to a mini replica of the Eiffel Tower, earning it the nickname “Le Petit Paris”. 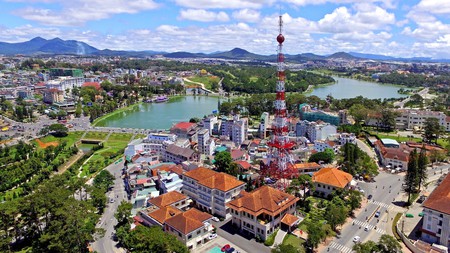 Da lat was established in the late 19th century by French colonialists. It began as a research station for agriculture and served as a place to catch some rest and relaxation throughout the 20th century, even during the Vietnam War. Now, Da Lat produces a staggering amount of fresh produce for the entire country. Lettuce, cabbage, carrots, cauliflower, potatoes, pepper, strawberries, and especially coffee are significant sources of income for the hundreds of farmers living there. The French introduced coffee cultivation to the area around the same time Da Lat was established. The coffee industry was slow to recover after the war but is now responsible for delivering the thick, strong Vietnamese coffee millions of people savour every day. 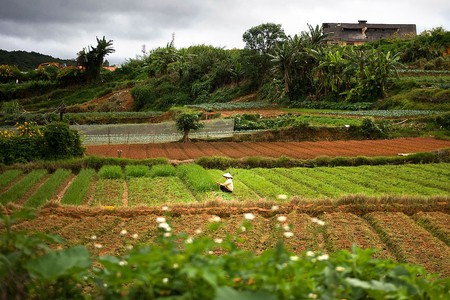 In the past decade, Da Lat farmers have revolutionised their farming industry. Back-breaking field work has given way to unique, high-tech cultivation systems. Plant tissue cultivation is becoming the norm, and Da Lat farmers have spent billions of Vietnamese dong to build laboratories that allow for faster, better, and way easier ways of growing produce. Bacteria-resistant plants are now grown in sterilised glasshouses, generating higher yields of better quality than their field-grown counterparts. 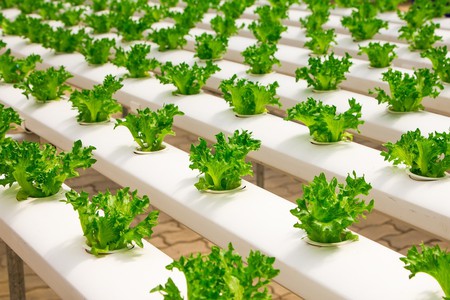 One such popular technology is called hydroponic farming, and it completely eliminates the need for soil. Instead, shielded from the elements in modern glasshouses, plants are grown in horizontal stacks of beds that are showered with nutrient-dense water. This method also renders fertilizers and pesticides unnecessary. On average, farmers are now working less and earning more by investing in such agricultural technology.

Da Lat is a small city of approximately 350,000 residents, but it welcomes over three million tourists every year. Sadly, to cope with the surge in tourism and demand for housing, the pristine forests around the city are increasingly being sacrificed. People who try to set up houses in the forests are using acid to kill the tree roots, and then petitioning the government for authorised tree removal. As Saigoneer reports: “In Vietnam’s battle to balance growth and preservation, the former is clearly winning.” Vietnam’s tourism industry is continuing to skyrocket and in order to preserve the natural beauty of historical cities like Da Lat, caution must be exercised to ensure that these attractions keep the charm and beauty that made them such coveted destinations in the first place.