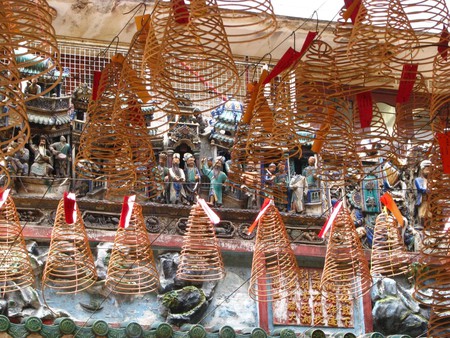 Located just west of the city centre, Cholon is Ho Chi Minh’s historic Chinatown — the largest of its kind in all of Vietnam. For anyone visiting the sprawling economic hub of the nation, these chaotic boulevards and spider-webbing alleyways make a great day trip outside of District 1.

Cholon, which directly translates to “Big Market”, was first established in the late 1700’s when a large number of Hoa, an ethnic Chinese minority residing in Vietnam, were forced from the nearby city of Bien Hoa. Over the next hundred years, the area continued to grow in size and population until it was eventually incorporated in 1879. Within 50 years, this hectic Chinese marketplace would join with with the city it directly bordered and become Saigon-Cholon. Although the moniker was officially dropped in the 1950’s, Cholon’s charm is still very much alive, having spread to encapsulate parts of District 5, 6 and 11 today. 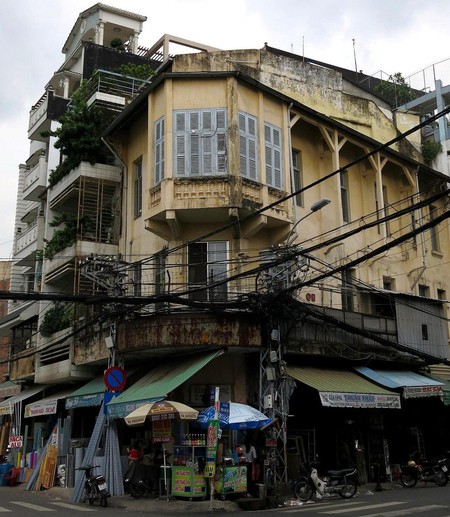 Like most of today’s Saigon, in Cholon it can seem difficult to find signs of the past. Century old apartment blocks are razed each day as modern glass facades become the norm throughout the city. However, if you put in the time to explore the area, you will come across colonial structures slumping under the weight of time along with well-preserved, opulent pagodas awash in dragons lunging into the oppressive heat.

The most famous temple in the area – and one that should be explored if time is limited – is Thien Hau at 710 Nguyen Trai street. Built in the 1700’s, this Buddhist pagoda is dedicated to Mazu, the goddess of the sea and is one of the better examples of traditional Chinese architecture. Ceramic figurines as well as symbols of ancient legends and fables cloak the curved roof, while golden inscriptions paint the walls. 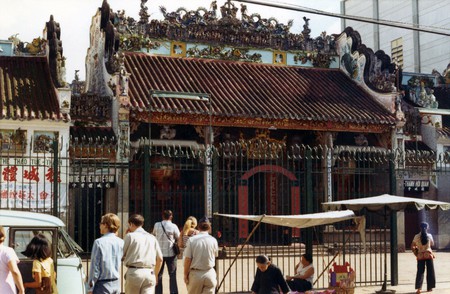 Cholon, as its translation indicates, has always been one large market. For nearly 300 years this is where locals have been coming to shop. The streets are lined with vendors hawking food, spices, and questionable medicinal remedies. During the American War, the stretch existed as a black market, overrun by Western soldiers bartering for U.S. Army-issued goods.

At the centre of it all lies the actual, physical shopping centre, Binh Tay Market, which is the usual starting point for any traveller passing through. Binh Tay is a massive structure that’s in its final phases of renovation and restoration. It was first built in the 1800’s and since that time has served as the city’s largest wholesaler. The two-storey building houses vendors peddling everything from handcrafted goods and textiles, to dried fish and fresh produce. Food stalls serve up traditional favourites and are frequented far more often by locals than tourists.

Unfortunately, due to the restoration efforts the market is currently closed and all vendors have moved across the street into a dizzying mishmash of tin-walled stalls. The actual market should re-open sometime in 2018. 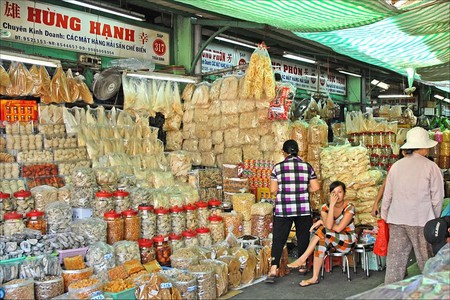 Cholon is home to a wide array of traditional Vietnamese and Chinese restaurants. In District 5, both Tan Nguyen Thai and Tien Phat Dim Sum have become somewhat famous among locals and expats. Both serve up an incredible variety of steamed or pan-fried Chinese dumplings. Like the rest of Cholon – and the rest of city for that matter – they’re both a bit hectic and chaotic, yet make for a great meal if you’re in the area exploring. Within the confines of Binh Tay Market, there’s a great food court that serves up local specialties. It’s usually on the busy side, yet a nice way to get a glimpse into the culture and to find a fantastically cheap meal.