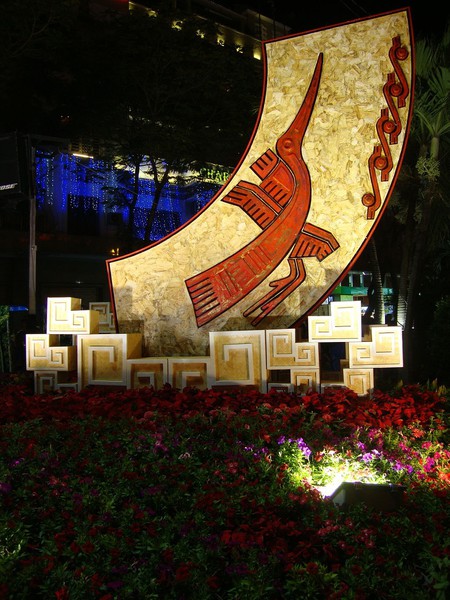 One of the most fascinating aspects of Vietnamese culture is the prevalence of myths and legends regarding the birth of Vietnam’s people. From the enchanting tale of the fairy goddess to terrifying ancient monsters, these tales have been told generations. There is one legend highly debated in Vietnamese folklore, and that is of Chim Lac, Vietnam’s imaginary bird.

The Dong Son culture flourished in ancient Vietnam and produced artworks that are landmarks of the Vietnamese bronze age. The Dong Son drums are elaborate, bronze drums that feature intricate designs usually depicting daily life (such as farming). However, the sides of the drum feature a mysterious bird with outstretched wings and a long beak – Chim Lac. 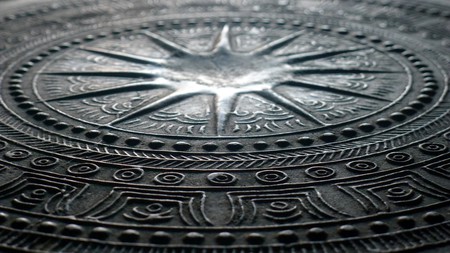 What exactly is Chim Lac?

The slightly anticlimactic answer is … no one really knows. There are no surviving ancient manuscripts or stories that include Chim Lac legends or explain the other figures included on the bronze drums. However, there are a few theories, with the most popular being that Chim Lac is a crane, because of its physical similarities. Cranes are often seen in Vietnamese rice paddies and the design on the Dong Son drum resembles the bronze crane at the Temple of Literature.

Historians have also guessed it to be a bird of prey, but the long beak quickly disqualifies that belief as birds of prey, such as the eagle, tend to have short beaks. The third, possibly most likely theory, is that Chim Lac is simply a design favored by the ancient Vietnamese members of the Dong Son culture and the actual bird does not exist. It doesn’t help that “chim” is Vietnamese for “bird”, while “lac” generally translates to “lost” and refers to ancient Vietnamese history.

As the ancient Vietnamese moved to their current territory from China, some believe the Chim Lac guided them to their new land and the people paid homage to it by immortalizing it on their elaborate bronze drums. If that was the case, as many have pointed out, why would the bird be on the side of the drum and not in the center? There are also numerous deer figures included on the drum – how did deer play a role in ancient migrations? There are simply no clear answers. Subsequently, for many Chim Lac remains a symbol of ancient Vietnamese art and culture, akin to the mythical Phoenix.