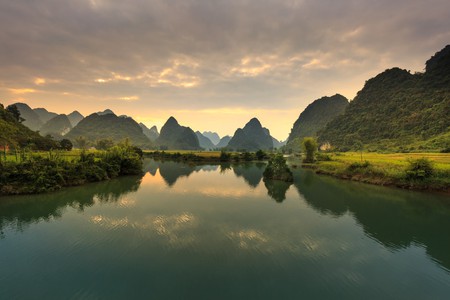 The breathtaking Cao Bang Geopark in Vietnam has recently been recognized by UNESCO, and in celebration of this achievement, here is a glimpse into one of Vietnam’s most beautiful landscapes.

Vietnam is home to some of the most breathtaking natural beauty in the world. From the iconic waters of Ha Long Bay to the glorious beaches of Phu Quoc, Vietnam’s landscapes are stunning enough to enchant even the most seasoned travelers. One of Vietnam’s most beautiful areas is the Cao Bang landscape. 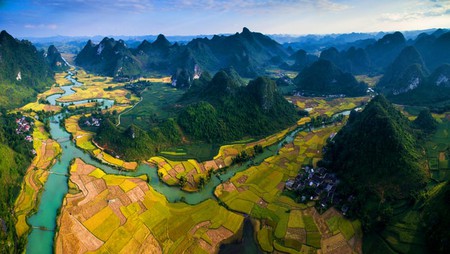 Historians believe that humans first inhabited this area approximately 20,000 years ago and as a result, this area has deep historical significance. Ancient kingdoms flourished during the Bronze Age and survived centuries of turmoil with Chinese invaders. Cao Bang is also the cradle of the Vietnamese revolution; Ho Chi Minh himself established a revolutionary force in this province in 1941. Approximately 250,000 people belonging to diverse ethnic groups inhabit this area today, all with their own distinct cultural traditions, festivals, folklore, performances, and crafts. 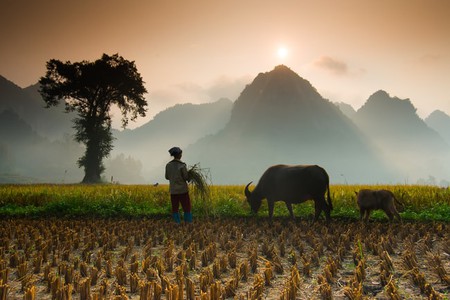 Cao Bang Province sits 300 kilometers (about 186 miles) northeast of Hanoi and shares a border with China. The park itself spans 3,000 square kilometers with two distinctive parts separated by the Cao Bang-Tien Yen fault line. The eastern half of the park is largely made of limestone and features magnificent caves, limestone mountains, lakes and rivers, as well as Ban Gioc waterfall, one of the largest in the world. The falls’ beauty is a landmark of Cao Bang Geopark. 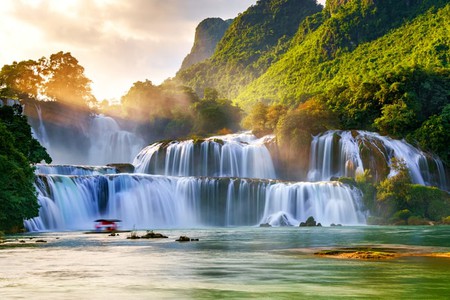 The western half of the park features sedimentary and volcanic rocks, towering mountains, rich minerals, and fossils. Geologists estimate that some of the sedimentary rocks date back as far as 500 million years and contain fossils marking different biosphere extinctions and past environments. It is essentially a theme park for geology aficionados! 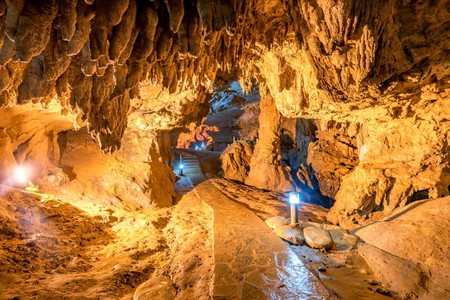 Cao Bang is home to rare tropical species of trees as well as endangered plants, some of which have medicinal value. The “Bitter Tea Tree” is one kind that is native to Cao Bang; as its name suggests, it is used as a drink, and was once considered a rare and valuable gift to be given to the king. The Bitter Tea Tree is one of the province’s leading crops and contains several medicinal properties, such as flavonoids and carotenoids, which are believed to reduce the risk of strokes and effectively treat tumors. Cao Bang also boasts rich animal biodiversity; the forests are habitats for rare tigers, bears, wolves, and many species of exotic birds. Cao Bang is also home to the endangered black gibbon, a species of monkey that sadly is now considered the rarest and most endangered primate in the world. Conservation efforts are well under way to ensure the black gibbon population makes a full recovery. 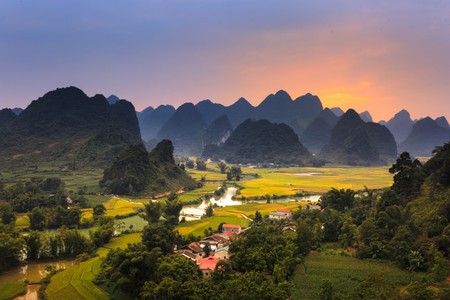 On April 12th, UNESCO declared Cao Bang an official member of its global network of national geoparks owing to its rich history, cultural significance, and lush biodiversity. Local authorities are promoting sustainable tourism and are prioritizing the protection of Cao Bang’s spectacular environment. Cao Bang sits at a cool altitude of 300 meters and has a pleasant climate throughout the year, but the spring season from February through May is best to visit to avoid heavy monsoons and fog. 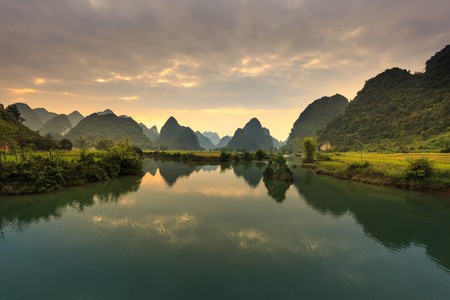 Fun fact: Cao Bang is not Vietnam’s first site to be recognized by UNESCO! Dong Van Karst Plateau Geopark in Ha Giang Province was also recognized back in 2010. With sustainability and environmental protection in mind, hopefully more of Vietnam’s incredible landscapes will attain international recognition and the protection that comes along with it.