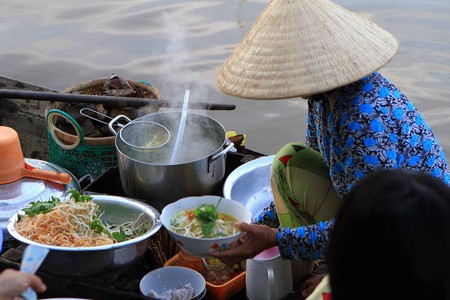 Hugging the eastern side of the Indochina peninsula, Vietnam is a country with a diverse culinary history and culture. One must travel from its busy southern cities to the tranquil north to get a full grasp of the myriad influences and traditions that have created this nation’s cuisine. 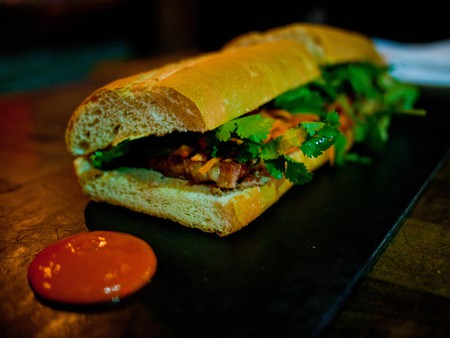 Much of the Vietnamese food that we enjoy today has been heavily affected by French colonialism in Indochina, with many of the food habits from this gastronomically renowned nation having stayed within Vietnamese culinary culture. With these influences come flavors, ingredients and combinations that give an entirely new taste to traditional Vietnamese food.

One of the best ways to get to grips with the history of a place is to delve into the various culinary choices that it has available and make it your mission to learn as much about the ingredients used, and the origins of these, as possible. Hanoi is one of the oldest cities in Vietnam, the country’s second largest city and the country’s capital. Home to one of the first known settlements, the city has been inhabited since 3000 BC. Its modern history is a blend of the repercussions from wars, resulting in Japanese and French occupation. Some of Vietnam’s most popular national dishes are believed to have originated here, including phở, and it has been said that the true home of Franco-Vietnamese cooking is Hanoi, which served as the capital of French Indochina from 1902 to 1954. 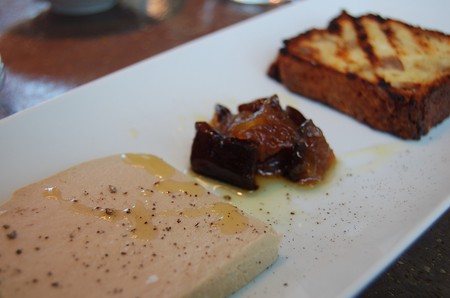 It is here in Hanoi you will find La Verticale, the restaurant of Brittany born chef Didier Corlou. Having travelled the world and becoming a specialist in both French and Vietnamese cuisine, he opened his restaurant here and has been living in Hanoi for over a decade with his wife. For an incredible fusion of French and Vietnamese cuisine including signature dishes from the chef such as foie gras terrine with spring rolls, take a xich lo and prepare to taste some of the most popular French-Vietnamese cooking in the area.

The French brought many ingredients and flavors to Vietnam, most popular of which is probably the baguette, which the Vietnamese adapted and today create their own versions using rice flour. Many of the vegetables introduced to the country are common in Western cooking, and their names in Vietnamese reflect their origins. Potatoes, carrots, artichokes onions and asparagus are just some of the most obvious vegetables that are included here, with the Vietnamese word for potato (khoai tây) literally meaning ‘Western yam’. Influences are not limited to simple ingredients, but stretch to methods of cooking too, with the use of butter and wine in the preparation of meals as a nod towards the French. The increase of beef into the cuisine is also apparent, as seen in dining experiences such as bò 7 món, which is a multi-course meal of beef created by the French to celebrate the rise in the availability of the meat, which followed their arrival in the French colonial era. 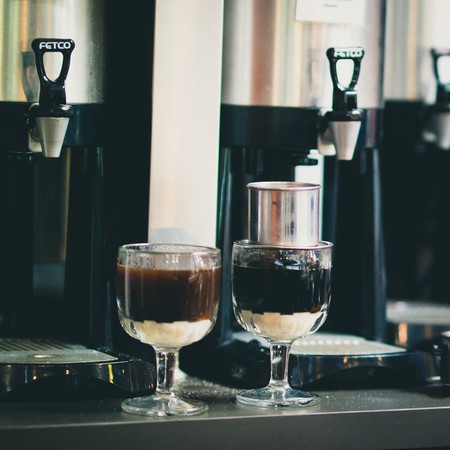 The French introduced coffee to Vietnam in the 1800s, and since then it has become one of the most integral parts of modern Vietnamese social culture; coffee shops are a hub of social interaction for everyone from businesspeople to young socialites. Vietnam grows an incredible amount of coffee beans, and it is the world’s second largest exporter of coffee, predominantly growing the coffea canephora species which produces the robusta coffee bean and rewards the drinker with a chocolatey, bitter delicious finish.

Bánh mì, or Vietnamese baguettes as they are known to those outside of the country, are bursting with Asian food and flavors. A delicacy from street vendors and Vietnamese bakeries, its availability makes it a regular food for both locals and tourists. Usually containing grilled meat, coriander and pickled carrots, the use of rice flour for the baguette makes it a lighter option to the heavier French loaf, and gives the crust a thinner, crunchier texture. Vegetarians can enjoy options that include either tofu or seitan.

A noodle soup dish containing vermicelli, this is nowhere near as popular as its phở counterpart. It is worth mentioning, nevertheless for its use of the sea snail as an ingredient, probably one of the most renowned in traditional French cooking. Its use here makes a delicate and always carefully seasoned noodle soup. 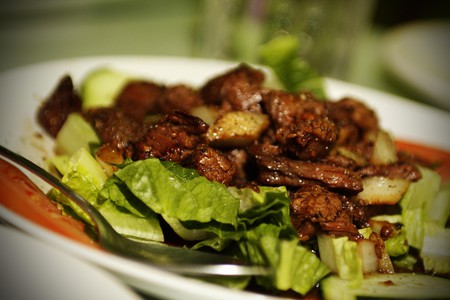 Meaning ‘shaking beef’, this dish uses beef that has been cubed, marinated and then cooked in a skillet or wok. A hearty meal, the thick steak makes it popular with meat lovers. It is not usually included in most Vietnamese home cooking, but has become a regular at times of celebration. The name of the dish comes from the method used during cooking of shaking the skillet back and forth thus searing the cubes of beef evenly. It is generally eaten with greens, rice and onions.

Hailing from Brittany, this hot pie is made from savory puff pastry which surrounds its juicy meat-based filling. During its initiation into Vietnamese society, the pie only contained pork, but today can be found with both beef and chicken in it. The best and most original savory Franco-Vietnamese nibble however, is a mini pork bánh patê sô from a bakery. It’s a lightly textured treat, which is rich in flavor. The pie often contains mushrooms, onions and sometimes even noodles to give extra depth. 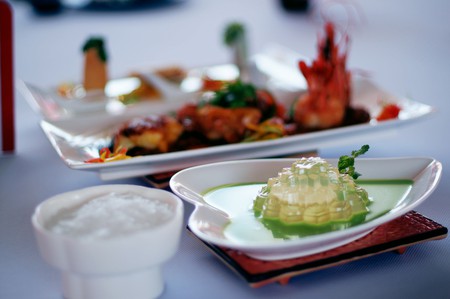 Quite simply, crème caramel. This dessert is served chilled with a coffee or caramel sauce poured over the soft caramel top, and the Vietnamese make it even tastier by adding some coconut milk to the mixture when creating the custard base. Since its arrival here, it has become incredibly popular throughout the country and is known by different names, bánh caramel or kem caramel in northern parts of Vietnam, and bánh flan or kem flan in southern regions of the country. In addition to adding coconut milk, the adaptation of caramel sauce to black coffee means that the dessert bears a distinctive flavor. A nice variation of this dessert can be found at the Green Tangerine in Hanoi, which serves bánh flan with lemongrass.