A History of Cyclos in Vietnam 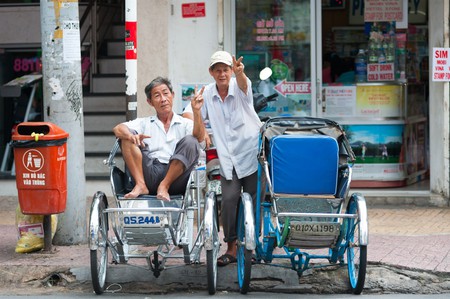 A pair a cyclos ready for your next date | © withGod/Shutterstock

Cyclos once dominated the streets in Vietnam, but now they’re all clustered around touristy areas, filled with foreigners in big tour groups. From near ubiquity to the edge of extinction, here’s the fascinating history of the cyclo in Vietnam.

Before the cyclo arrived in Vietnam, there was the rickshaw, a harsh and cruel means of transportation, which even the French authorities found to be inhumane. So, in the early 1930s, the French Public Works Ministry began trials on three-wheeled replacements, showcasing their new designs in Paris with high publicity shows that featured Tour de France winners in the Bois de Boulogne. Two years after those first prototypes, a man named Pierre Coupeaud designed and built his own version to bring to French Indochina. 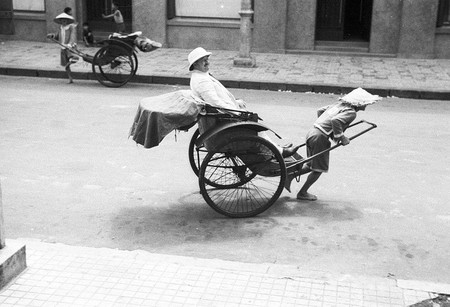 Pierre Coupeaud was in an ideal position at the time. He’d been living in Indochina since the early 1920s and owned the “Établissements Pierre Coupeaud et Cie” – a bicycle company in Phnom Penh. After he returned to Cambodia with his prototype, Pierre Coupeaud received a contract from the local government to build a fleet of his new “vélo-pousse”, as the cyclo was called back then. He tried to do the same in Saigon, but the authorities there weren’t interested, stating that they found this new invention to be too revolutionary. That’s when he had a brilliant marketing idea: a time trial.

On February 9 1936, two local cyclists left Phnom Penh in a vélo-pousse. They were heading for Saigon, followed by officials in a car who were timing them with chronometers. The duo traveled all night, making the 240km (149-mile) trip in just 17 hours and 20 minutes – considerably faster than any rickshaw. The display was a huge success.

Following the race, the mayor of Saigon relented and permitted for the use of 20 of these new contraptions in his city. As it turned out, the authorities had been correct in their assessment: The cyclo was in fact revolutionary, but not in a subversive way. By the early 1940s, almost every rickshaw in Saigon had been replaced by the new xích lô. 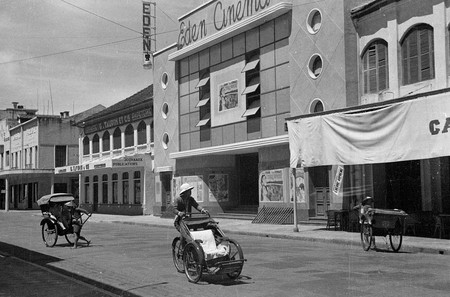 Cyclo and rickshaw in Hanoi in 1940 | © Musée Annam / WikiCommons

The cyclo can stay

As colonialism in Vietnam came to a violent and long overdue end following World War II, with the French finally withdrawing after their defeat at Diem Bien Phu in 1954, the cyclo endured as the popular means of transportation. It was better than bicycles for hauling cargo and groups, such as mothers with children, and most people simply couldn’t afford a bicycle. A cyclo ride wasn’t cheap at first, but that soon changed.

When they were in power, the French had tightly controlled local industry, but now the local manufacturers could also produce cyclos. The design was simple to copy, and the materials could be found relatively cheap in local markets, especially those with plundered goods. As the war shifted to a fight against imperialism, the cyclo grew both in number and popularity. 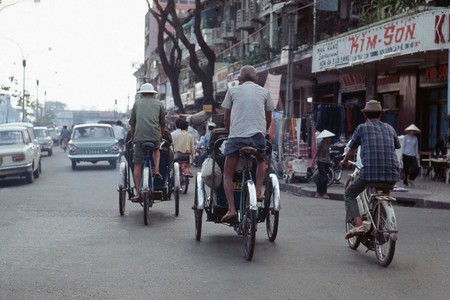 During the Vietnam War – or the American War, as it’s known in Vietnam – only the military and the very rich could afford cars and motorbikes. Cyclos were much more common. Some drivers operated either as freelancers, in much the same way that xe ôm drivers still work today, but most worked for private companies. After the Fall of Saigon, in 1975, the new authorities organized the cyclo drivers into large cooperatives. These cooperatives lasted until the late 80s, when market forces changed everything.

In comes the motorbike

Before the Vietnamese government enacted the Đổi Mới policy in 1986, which allowed for market competition in a socialist oriented economy, the motorbike was still prohibitively expensive for the average person. Only wealthy people could afford a Vespa or a Simson. As the economy grew, motorbikes proliferated, with Honda’s iconic Super Cub leading the way. The country went from just 500,000 motor vehicles in 1994 to 14 million in 2004.
By the turn of the century, people began to look down on those who used bicycles and cyclos. Everyone who was anyone drove a motorbike, or they used a motorbike taxi, which was faster and cheaper than riding a cyclo.

There was only one market left for cyclos: large and heavy goods that couldn’t be carried by motorbike – and if you’ve ever been to Vietnam, then you already know that people will carry just about everything on a motorbike here. The cyclo was on the verge of extinction.

As Vietnamese people embraced the motorbike, cyclo drivers found themselves hounded out of business in every major city. Motorbike drivers complained that cyclos clogged traffic, because they were slow and wide. In response, authorities forced cyclos off the major streets. By the mid 2000s, the cyclo had been pretty well banned in every major city.

The drivers had to either join an expensive trade group or risk having their cyclos confiscated by traffic inspectors. To compensate for their difficulties, many cyclo drivers turned to scamming people, which brought even more pressure. Word spread that it wasn’t wise to ride a cyclo, so the numbers fell even more.

Nowadays, tourists are the only substantial customer base for cyclo drivers. Foreigners enjoy cyclo rides because they offer a more peaceful view of the surroundings, especially in places like Ho Chi Minh City and Hanoi, where the traffic is insane. But the number of operators is still strictly regulated. Because of this, it’s estimated that there are fewer than 300 cyclos left in downtown Ho Chi Minh City, and even fewer in other cities. 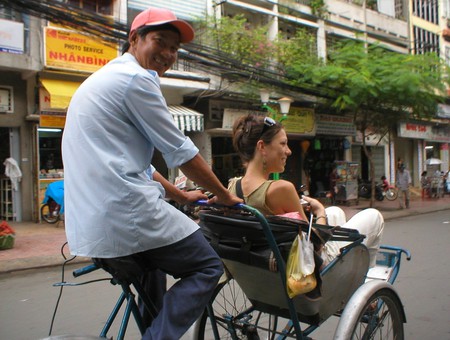 And it isn’t just regulation. In Vietnam’s booming economy, workers have more options for work these days. It isn’t easy driving a cyclo. They often work during the hottest hours of the day and for wages that fluctuate depending on the number of tourists. It simply isn’t an attractive line of work anymore.

The end of the cyclo

The cyclos near tourist areas – places like the Citadel in Hue and the Old Quarter in Hanoi – are now the last of their kind, aside from workers moving heavy loads over short distances in rural areas. The motorbike was the beginning of the end, and with the latest surge in new vehicles hitting the roads in Vietnam, there won’t be any place left for the cyclo on Vietnam’s busy roads.

The cyclo is a relic nowadays, an image of Vietnam that only exists for tourist money and photo ops.