A Guide to Traditional Men's Fashion in Vietnam 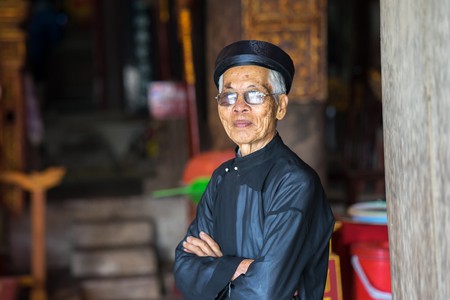 Countries around the world entice travellers to experience their culture through music, art, local customs, and fashion. Clothing is a major part of the modern human experience (maybe not for nudists) and is used as a means of rebellion, expression, and social class. Read on to discover how men’s traditional clothing in Vietnam was once used to display social status before becoming the colourful and elegant style worn throughout the country today. 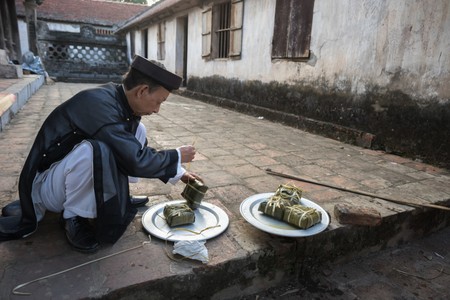 In feudal Vietnamese society, common men typically wore a plain ensemble consisting of white trousers and a long brown shirt. Commoners were only allowed to wear brown, white, and black; colourful clothes were reserved for court officials and royalty only. Lower-ranking court officials and mandarins wore blue; higher-ranking officials wore purple and red, while yellow was exclusively reserved for the King. Commoners’ clothes were simple and modest, sharply contrasting with the King and his officials’ elaborate, colourful outfits which resembled Chinese styles mandated by the Nguyen dynasty in 1800s. 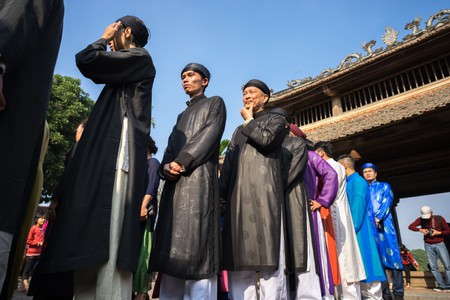 The most common traditional men’s fashion in Vietnam is the Ao Dai, mirroring a similar style worn by Vietnamese women. While the women’s Ao Dai clings to their curves and highlights their figures, the male Ao Dai is shorter, fuller and worn with regular-fitting trousers (as opposed to the long, flowy pants that accompany the female version). Today, Vietnamese men wear the Ao Dai on special occasions and they are usually ornate and colourful with intricate designs. It is a sharp looking outfit debuted internationally by Vietnamese men at a Lions International Club meeting in Tokyo in 1969.

The creation of the famous conical hat can be traced back nearly a thousand years! The Non La is made from dried palm leaves woven together over several bamboo rims. Female hats usually have a wider brim, while male versions are higher with a smaller rim. Beneath the layers of dried leaves lies a special drawing, usually of a river, and underneath the drawing is a unique piece of poetry that is only seen when held against sunlight. These classic conical hats are extremely popular with tourists and locals alike to protect themselves from rain as well as the blistering midday sun. Worn by both men and women, this iconic piece of Vietnamese fashion has a fascinating origin story. Traditional men’s attire is also normally completed with a small, embroidered turban. 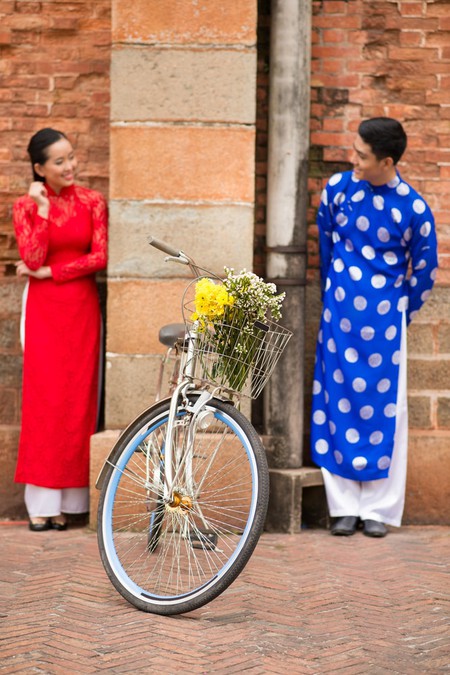 Western business attire is slowly becoming the norm in Vietnam, but the traditional Ao Dai and Non La have carved their way into Vietnamese culture and remain the style of choice for formal occasions and, of course, family photo shoots during the New Year celebrations.