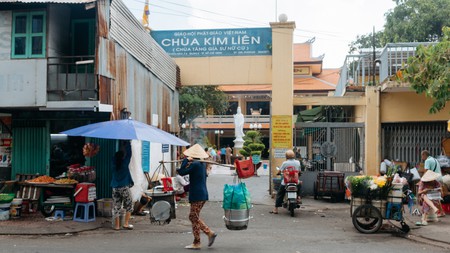 Ho Chi Minh City (HCMC) is the sprawling capital city of Vietnam and one of the fastest-growing cities in the world. This Southeast Asian metropolis can seem daunting to navigate, especially to travellers looking for a place to stay during their visit. Each of the city’s five districts has its own personality and energy, so finding the right area for you is easily done – if you know where to look. Discover the best district for your stay with our handy guide.

In the heart of the city, District 1 is the most popular place for visitors to stay in HCMC, as it’s home to a majority of the city’s nightlife and tourist attractions. Staying in District 1 puts travellers in the centre of it all. The abundant food options in this part of HCMC will ensure you never go hungry – think everything from Italian wood-fired pizza to classic Vietnamese bun cha. Here, visitors are within walking distance to a number of major HCMC attractions, including Bitexco Tower and Observation Deck, Notre Dame Cathedral of Saigon, Gia Long Palace and the Instagram-famous Cafe Apartments. Culture and history abound thanks to the many museums and galleries in this part of town. Cap off a day of exploring with a beer (or two) on Bui Vien Walking Street, and you can say you’ve had the truly quintessential HCMC experience. Basing yourself here will put you among all the backpackers, but this is truly where it’s all happening. 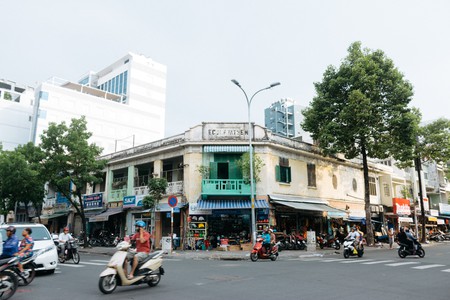 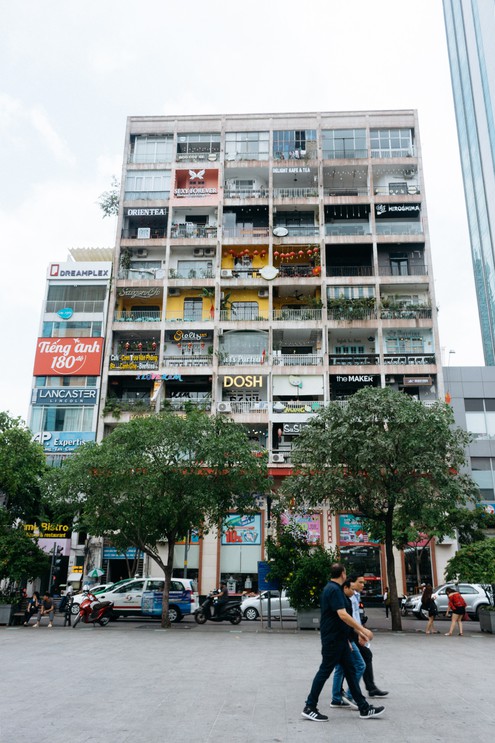 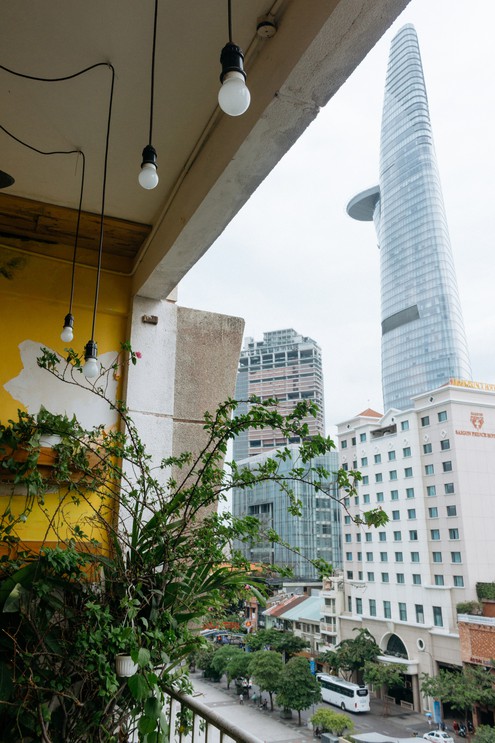 Across the river from District 1 lies Thao Dien, more commonly referred to as District 2. Looking at Thao Dien now, it’s hard to believe it was once one of the poorest areas in Saigon. Today, it’s known for its large expat community, high-end cafés and boutique shopping. While there are fewer major tourist attractions here, District 2 is a great place for visitors planning a long-term stay or for location-independent workers seeking a base, as it’s only approximately 10km (6mi) from the city centre. There are also fewer hostels, making Thao Dien slightly quieter than District 1, but you’ll still find plenty of bars and music venues. The 17th-tallest building in the world, Landmark 81, is also in District 2. 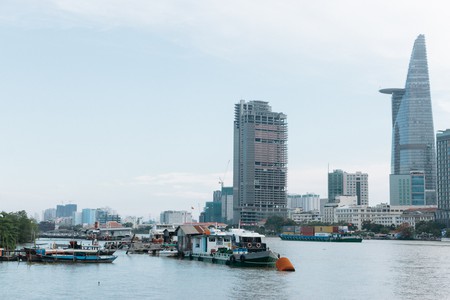 Seeking a little more serenity during your Ho Chi Minh stay? District 3 might be just the place for you. This part of the city offers visitors an inside look at a less gentrified, more traditional version of Vietnamese neighbourhoods without being too far removed from the heart of Saigon. District 3 is sprinkled with colonial villas once owned by French rubber planters lying in juxtaposition to the fashion boutiques scattered throughout the area. Culture and history buffs will want to wander to District 3 if only to visit the War Remnants Museum. 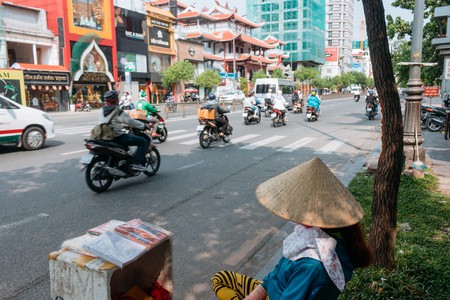 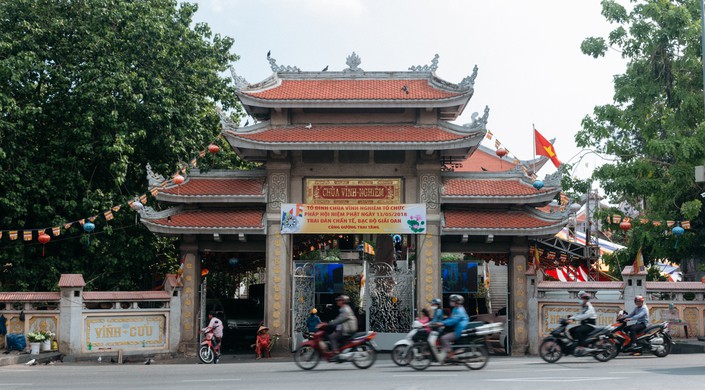 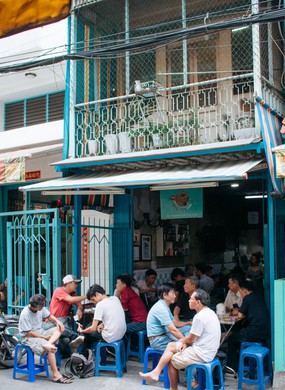 The smallest district by square kilometre, District 4 houses a few top attractions within its perimeter. What it might lack in sightseeing it fully makes up for in street-food vendors. That quintessential photo of narrow streets filled with locals on plastic stools eating a variety of Vietnamese delicacies? Yeah, you can easily snap that scene in District 4. Grabbing a room in District 4 also gives you easy access to Dragon Wharf, Ton That Thuyet Food Street and Hung Long Pagoda. As the city continues to expand, District 4 has slowly welcomed co-working spaces and new start-ups, but it has yet to fully take off as the place to be. 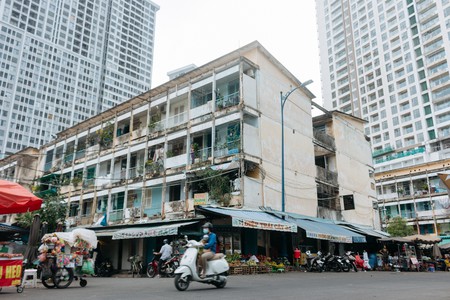 History and culture permeate every square kilometre of District 5, which is known to some as Chinatown. Between the 19th and 20th centuries, Vietnam saw an influx of Chinese immigrants, creating a lasting influence on this part of the city. District 5 is steeped with Chinese architecture, food and tradition. If teahouses, pagodas and specialty markets are your cup of tea (pun intended), consider bunking in District 5. If you happen to be visiting during a Chinese holiday, you’re likely to see streets vibrantly decorated with all kinds of ornaments. 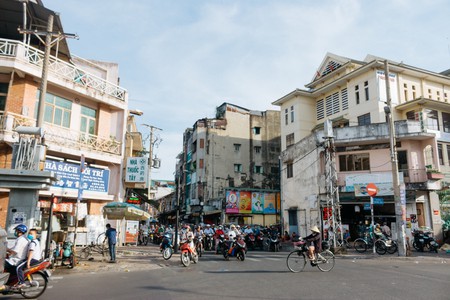 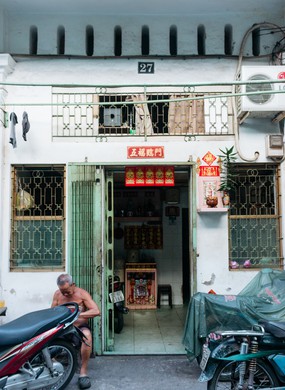 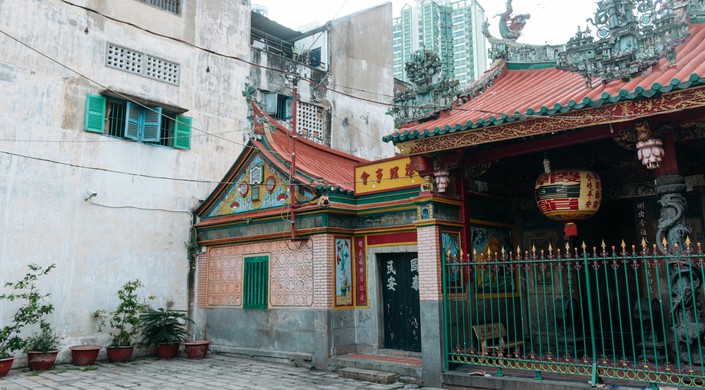 Ultimately, staying central will cost you more, but will make getting around the city on foot more convenient. For a more local stay, consider Districts 2, 3 or 4, but those travelling on a tight budget might look toward Chinatown.